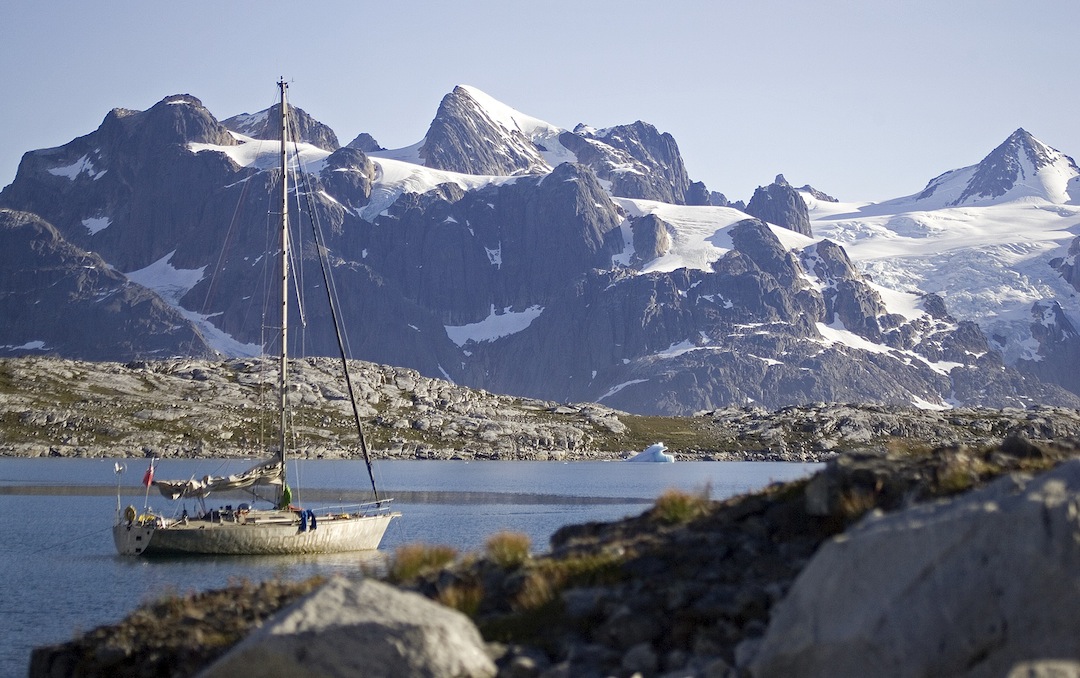 In 2013 I sailed single-handed across the Atlantic from the U.K. to Newport, Rhode Island, and from there to Nanortalik in South Greenland. There, I was joined by Harald Fichtinger (Austria), and we explored Greenland's east coast between 61° and 63°N, with only the two of us as crew.

At 61°08.1’N, 42°56.7’W, we attempted the main peak of the Kangerdluluk mountains, which we dubbed the Dru. However, we soon abandoned the climb due to very poor rock. There are plenty of possible routes on this peak, but all appear to share the same rock. It also may have been possible to access the summit from the back (north and west), but this would have involved a long trek across a glacier, and we had no ice equipment. Farther north, we consoled ourselves in Umanaq Bay with the first ascent of a nice 13-pitch route (5c) at 62°52.2’N, 41°34.6’W.

We left the boat in Iceland for the winter and in 2014 sailed to Liverpool Land, aiming for an area close to the Storefjord, visited by a British expedition the previous year (AAJ 2014). We wanted to climb Kirken, which we only knew from a picture in a book. Kirken (Church Mountain) is wrongly positioned on standard maps, such as the popular Saga map, where it is given a height of 1,209m. However, it was named by William Scoresby Jr., and there is no doubt from his description as to which peak he was referring: "...another mountain at latitude 71°04'—Church Mount—has two vertical summit towers with gable-formed tops closely studded with pinnacles.” 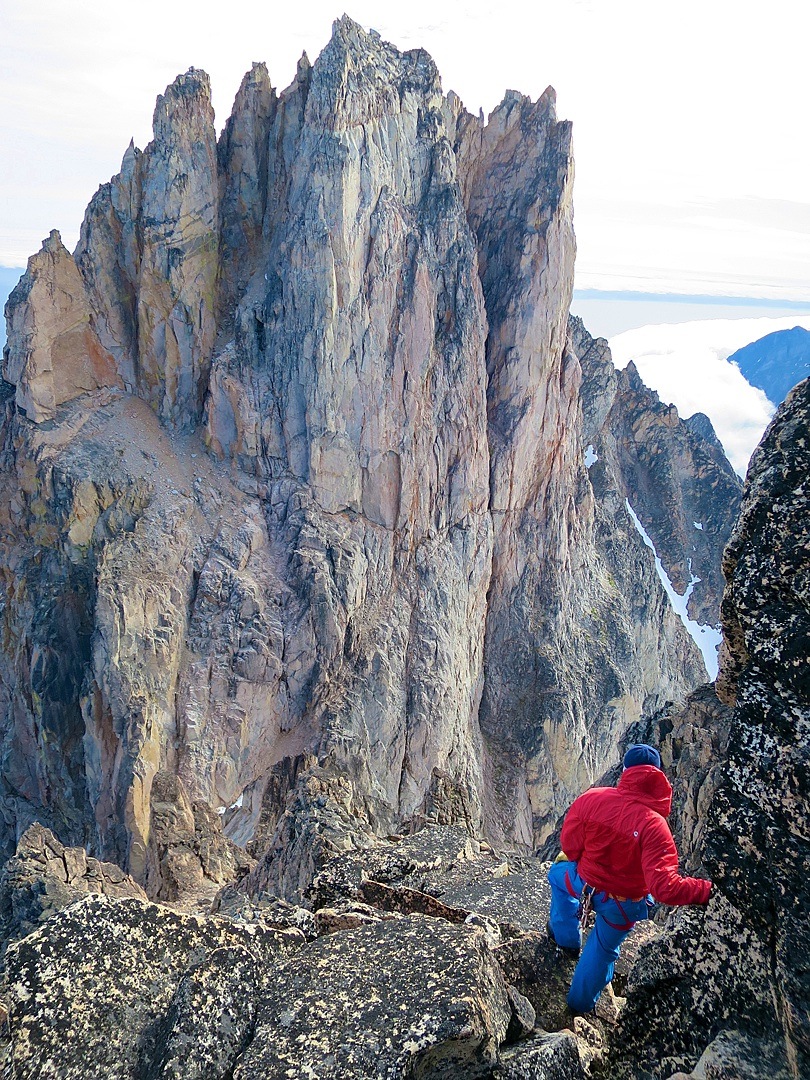 Our main difficulty was the relative inaccessibility of the mountain and our style of expedition. A sailing boat allows teams to reach remote areas and provides a comfortable base camp, but it requires a safe bay to anchor, particularly if, as with us, there is no crew to look after the yacht when the climbers head into the mountains. We also had to carry a rifle in case of a polar bear encounter, which happened the previous year, and we had to make sure we could still access the boat in case a bear destroyed the dinghy, as happened to another boat this year in Greenland.

Our anchor bay—uncharted—was to the north. From there we crossed a glacier and ridge to reach the foot of the mountain. On the first day we headed toward Peak 1,209m, still believing this to be Kirken, as marked on the map, but once we arrived on the ridge we realized it was not the right summit. There was another summit 50m away over brittle rock, which we decided was not worth the risk. Peak 1,209m could have been reached by an easy walk to the west. But we were here to climb the true Kirken, so we went down.

Next day we found the right approach, reaching the summit via a steep snow gully and a six-pitch climb over solid granite, with difficulties up to 6b. We believe our route up the southwest face is one of the easiest lines on Kirken. We measured coordinates as 71°07.4'N, 21°48.8'W, and the altitude as 1,108m (the peak is unnamed on the Saga map but has a spot height of 1,082m). Research has not produced any account of a prior ascent. We then sailed back to Iceland, where Harald disembarked and I continued single-handed to Scotland.