Fall on Rock, Inexperienced Belayer, Improper Use of a GriGri – No Helmet 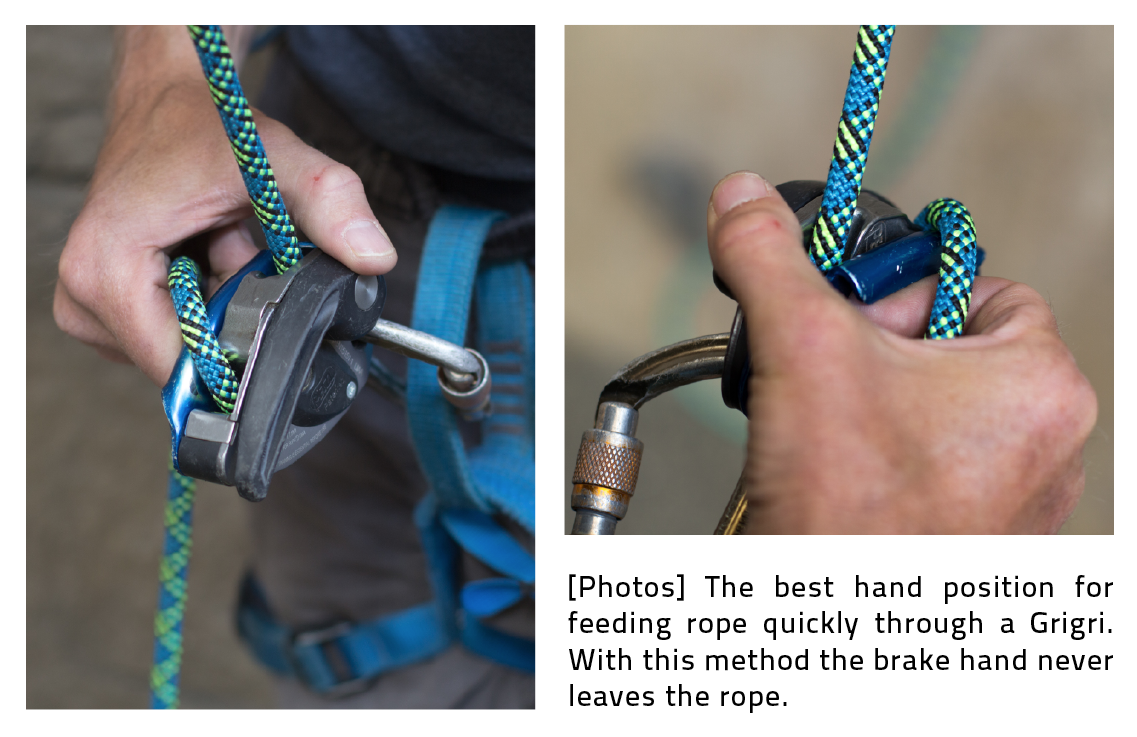 On April 20, a male lead climber (23) was put on belay by his partner (male, 19) with a brand-new Grigri. The belayer had never used a Grigri before. As the climber moved up the belayer squeezed the Grigri shut with his left hand while pulling out rope for the leader with his right. The leader fell, continued unarrested 30 feet, and landed on a boulder. The belayer, in a desperate attempt to arrest the fall, gripped the rope flying out of the Grigri, damaging the skin on the palm of his hand.

Two Muir Valley Rescue volunteers were nearby and called out the rescue group immediately after the fall. Additional rescuers, including an emergency room nurse who happened to be on site, responded to the call. Ten minutes into the operation, rescuers called for a helicopter and the Wolfe County SAR Team to assist if needed. The carry out from the cliff went very smoothly. The climber was transported to the waiting helicopter and flown to a level-one trauma center in Lexington. He suffered lacerations and a concussion. He wasn’t wearing a helmet. (Source: Rick Weber, Muir Valley.)

The Grigri is designed as an assisted-braking device, and both trained and untrained belayers often get a false sense of security while using it. Overall, the Grigri is a safe and effective device in the hands of an experienced user. It’s important to note that the manufacturer has never marketed the Grigri as a “hands-free” belay device. Petzl recommends that it is for expert use only, and notes that, “as with all climbing and mountaineering activities, it is essential to master the techniques and understand the limitations on using this product in these activities. Practice the techniques...in a managed environment before using them in a real situation.” (Source: Aram Attarian.)

(Editor’s note: Excellent instructional information on using a Grigri properly, including a video tutorial, can be found at petzl.com/en/outdoor/belay-devices/grigri.)