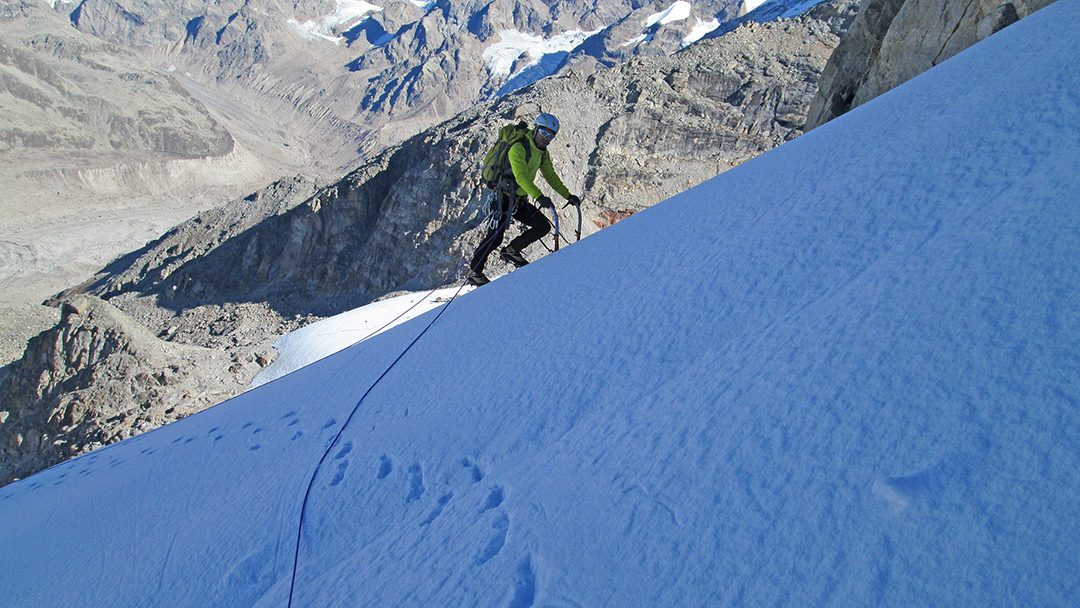 On October 2, Stefano Suplizi, Lorenzo Trento, and I climbed a small peak in the Tos Valley. From Manikaran, via Tos village, we followed the Tos River for three days to a base camp at Samshi Thacth (3,800m). From here we had to cross to the east bank of the large river on an old cable placed by shepherds. Every day the weather was bad, with snow down to base camp. We managed to reach a bivouac at 4,700m below the side glacier, but it snowed during the night and we returned to base camp. On the way down, Lorenzo fell and fractured his left hand. Fortunately, at base camp we met a group of Indian trekkers, one of whom was a doctor who was able to treat the fracture.

Two days later we returned to our bivouac, only to find that an animal had made off with the food. At 5 a.m. next day we left for the summit in beautiful but very cold weather. We climbed the west face of our peak via a steep rock and ice couloir, gained the south ridge, then continued up the long and icy crest. A final steep rock buttress led to the summit, which we reached at 1 p.m. We descended the north ridge over difficult mixed terrain. Lorenzo performed well with a broken hand.

Editor's note: Although the Tos Nala has been visited by many expeditions and the mountains at its head are well known, no records have been kept for climbing on smaller peaks down valley.