Cerro Cristal and other peaks 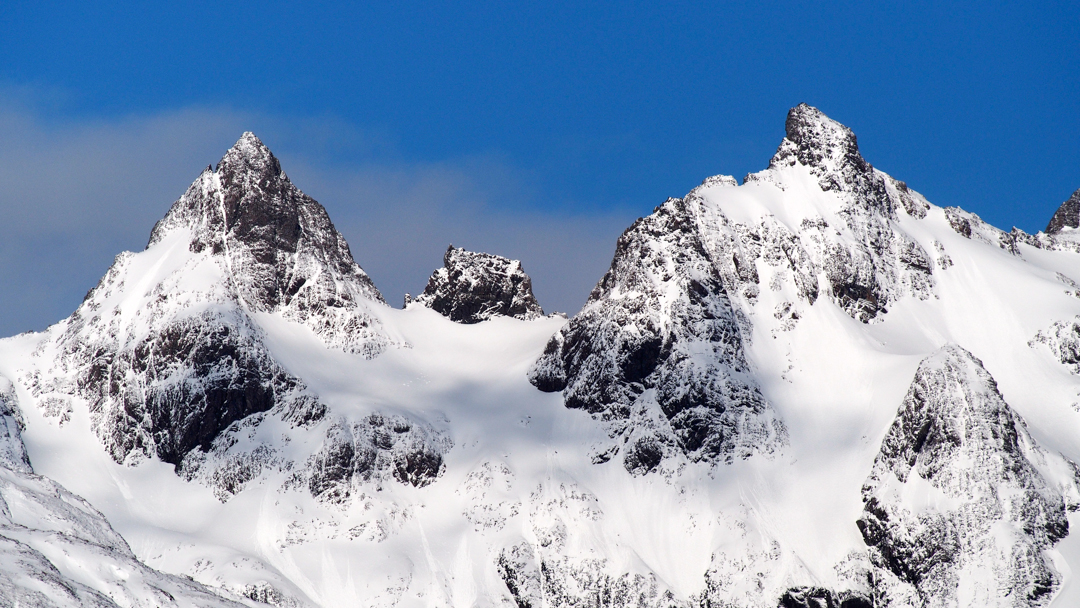 On December 15, Leopold Fuchs, Philip Schreiner, and I (all Austrians) left Punta Arenas by boat. The aim of our expedition was to explore and climb new routes on Peninsula Buckland, which holds a group of rugged, glaciated mountains west of Monte Buckland (and part of the same land mass), north of Monte Sarmiento, and just south of Isla Dawson. The highest point appeared to be a ca 1,200m rocky peak on the southern side of the peninsula, but we had targeted several other steep peaks, all unclimbed.

After setting up base camp a few meters inland on the north side of the peninsula, we spent two days exploring the area, eventually finding good access to the glacier that stretches about 10km in a northwest-to-southeast direction. With two days of full sun and a few hours without rain on other days we were able to manage five first ascents, including Monte Outland (1,046m), Cerro Cristal (1,206m), Cerro Jetaqána Taf, Cerro Nous, and Las Tres Botas, all of which were unnamed.

The most technical peak we climbed was Cerro Cristal, which we believe to be the highest summit on the peninsula. We climbed the peak by its north ridge up mostly rock (UIAA V) and a short step of water ice. The peak was composed of very friable granite making it hard to place protection.