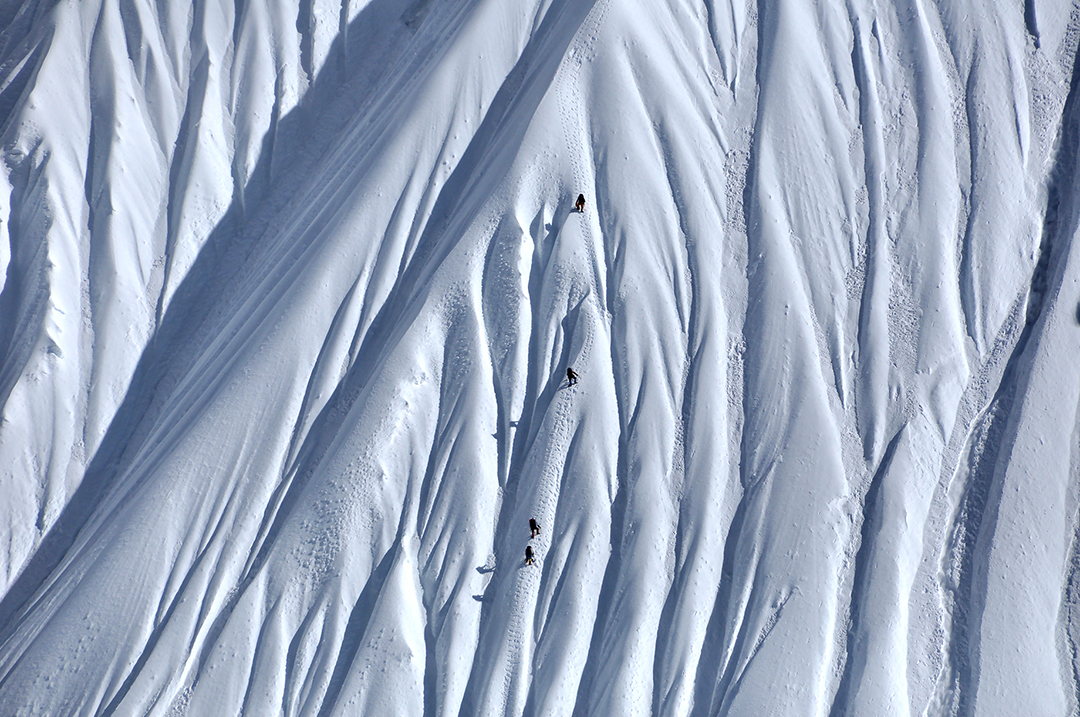 Janak (7,041m) was first attempted in 1998 by a British-Nepalese party that reached the upper Broken Glacier, climbed peaks to the south, and noted a potential line up a spur on the right side of the southwest face, leading to the southeast ridge and then over the east peak to the summit. This line was attemped in 2004 by Romanians, who reached ca 6,400m. The following year Miha Habjan and Andrej Stremfelj climbed the face to the left, reaching the shoulder on the southeast ridge at ca 6,700m, where a storm forced retreat. Stremfelj returned in 2006 with Rok Zalokar and climbed the elegant southwest ridge direct to the summit. In 2010 a six-member Japanese team from Aoyamagankuin University Alpine Club tried to complete the 2005 Slovenian route. Masayuki Mirakami and a Sherpa reached 6,700m on the southeast ridge.

In September, climbers from Aoyamagankium University returned, this time with me as leader. As in 2010 we employed climbing Sherpas and fixed ropes, as the team was not so strong and we had young members. We established base camp on the 24th, Camp 1 below the upper glacier on October 1, and Camp 2 (5,800m) beneath the face on October 8. Camp 3 was placed at ca 6,600m on top of the prominent serac barrier. On the 10th we tried to summit, but the ridge above the shoulder was not an easy snow slope, as we had imagined, but steep and mixed. We began again from Camp 2 on the morning of the 11th and reached the previously virgin top of Janak East at 12:30 p.m. We did not continue to the main top. Summit members were Yuki Honda, Masayuki Murakami, Tul Bahadur Tamang, Kitak Shing Tamang, Ram Taji Tamang, and me.