Silvestre Barrientos, Alfonso Gaston, Ferran Rodríguez, and I (Spain) planned to try Cholatse’s north face in the autumn. From October 2–16 we trekked in the Annapurna region and climbed Chuli Far East for acclimatization. We arrived in the Khumbu on the 18th to find that heavy snowfall, particularly above 6,000m, had made many of the mountains dangerous. We tried twice to climb Cholatse, but there was a high risk of avalanche and huge cornices, so we gave up and moved northeast to Arakam Tse, which is lower and therefore had less snow and objective danger. We spotted a good line on the northeast face and set off from the village of Dzonglha at 2:50 a.m. on the 26th. 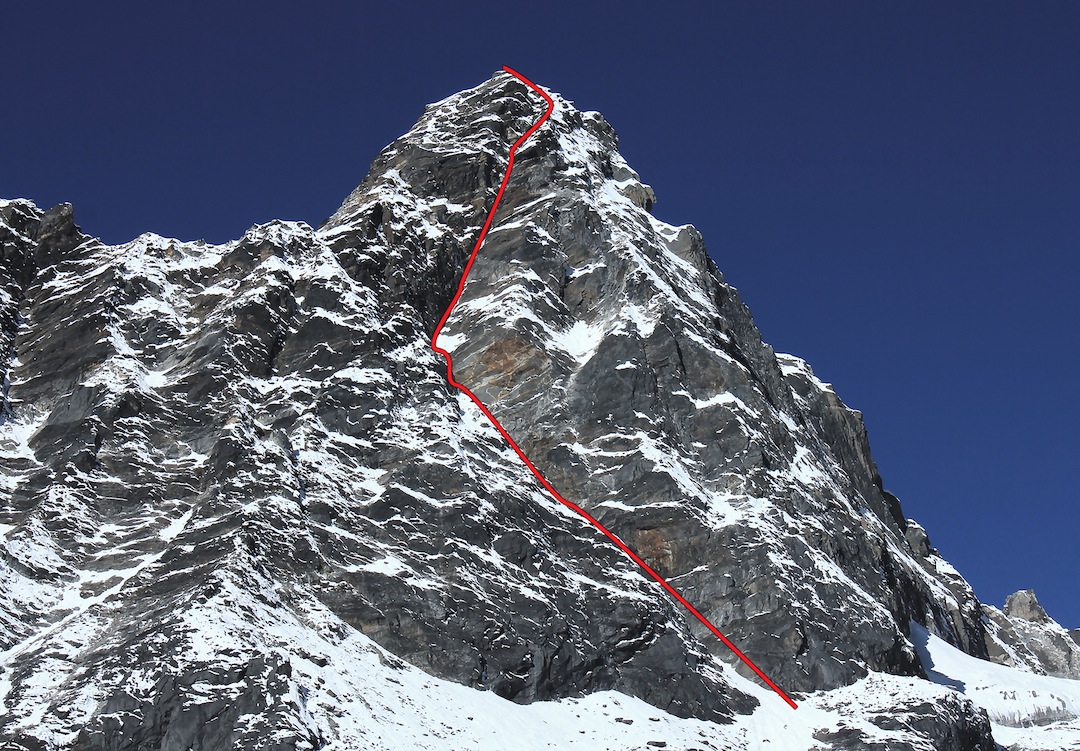 The approach to the face, through bad snow, took three hours, and we were expecting to find things just as unpleasant in the couloir. However, snow and ice conditions turned out to be perfect. We completed the first 400m unroped. The remaining 600m gave difficult snow, ice, and mixed climbing. It took seven hours to reach the summit and three hours to rappel our route, using nuts, pegs, and Abalakovs. We named the line Tatopani (1,000m, VI/5+ M5+). We returned to Dzonglha 21 hours after leaving. Local people said we were the first to summit this mountain. [Editor's note: The HMG-Finn map is wrong, in that it marks Arakam Tse as the summit of Cholatse, and Cholatse as Tawoche North. The true Arakam Tse, climbed by the Spanish, lies approximately 3km northeast of the true Cholatse. The true Arakam Tse is not on the Ministry list and appears to have no recorded ascents. It may be easiest from the southwest.]