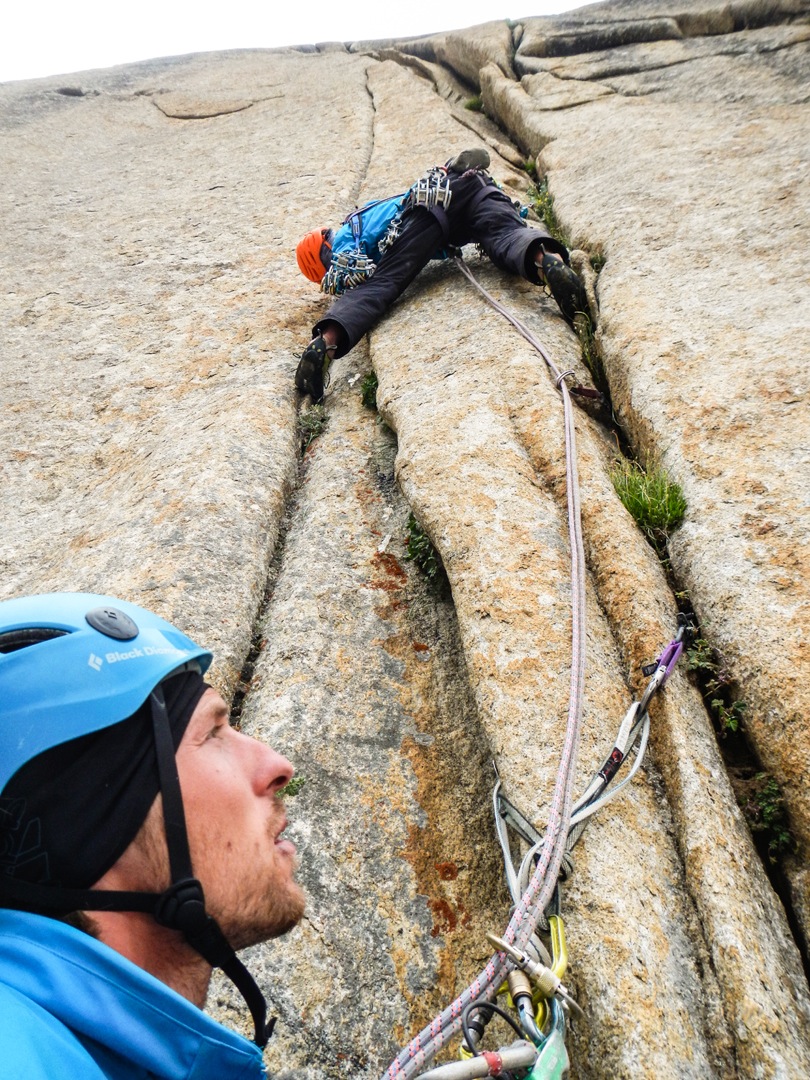 While at Trango base camp Jakob Schweighofer and I climbed three possible new routes. On August 9, and with the Slovakian Martin Krasnansky, we put up Nilam Najang (the Inside Dream) on the southeast pillar of a formation across the glacier we have named Uli Biaho Gallery. [This lies directly below Uli Biaho Great Spire (5,594m), and right of Uli Byapjun (ca 4,800m), with its Warming up Ridge, climbed by Grmovsek and Karo in 2006]. The ca 450m route had 14 pitches up to 7a+ C2. The three hardest pitches were only climbed free by the followers. The climb was relatively sustained, with the fourth pitch (55m, 7a+) a beautiful double crack, while the sixth (40m, 7a) was runout. There is a nice bivouac site at the top of the route.

On the 13th, Jakob and I climbed Sadu Maso to the top of the summit above Sadu Peak. In 2003 Antoine and Sandrine de Choudens climbed seven pitches to 6c on the left are?te of the southwest face of a prominent ca 4,400m rock tower 10 minutes’ walk above Trango base camp. They named the point from which they descended Sadu Peak. Over four days in June 2007, Luis Carlos Garcia Ayala and Ali Mohammad continued this line to a second, more prominent summit, climbing a total of 17 pitches at 5.10b A1. They named the summit La Reina Roja, and their route Morning Star. At the time we were unaware of this ascent, and for much of the upper section climbed different ground to the left of the ridge, moving back right at the top of our 16th pitch, where we found an in-situ anchor. We continued to the top, higher than the finish to Morning Star, and descended the Trango Tower gully.

We climbed a total of 1,200m in 22 pitches up to 6c, though there was much easy terrain. This is a perfect acclimatization-day ascent, with a short approach and descent. The climbing is good, with a wide variety of cracks, corners, and slabs.

From August 17–19 we climbed a variation to Severance Ridge, the southwest ridge of Trango II, first climbed by Clearwater, Frimer, and Johnson in 2005 (1,600m, VI 5.11 A2 AI3 M5, no summit, AAJ 2006). Our route to the summit has a vertical interval of 2,100m from the glacier (1,000m rock climbing; 1,100m snow/mixed). We named it Is Enough and rated the difficulties 6c+ M4 80° snow. [In the upper section the pair avoided the Shield, climbed in 2005, by traversing right across slabs, then ascending up and right over snow/mixed to gain the southeast ridge, which they climbed to the summit. This is likely the third ascent of Trango II]. We descended to the northwest and then into the south-southwest couloir, which in its lower section separates the southwest ridge from Garden and Garda peaks. 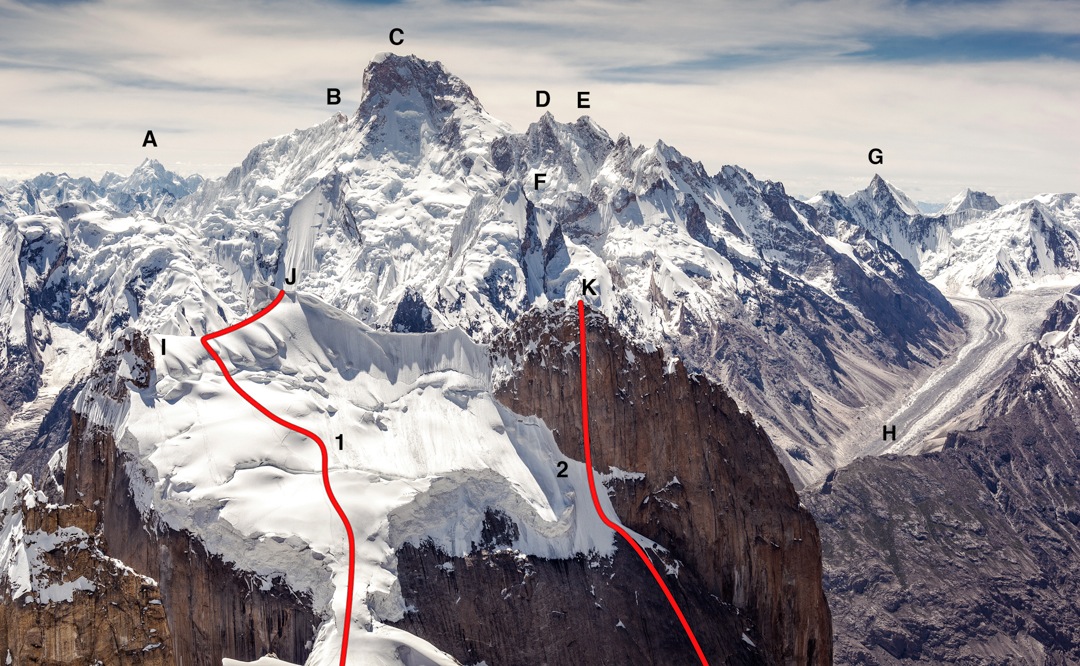 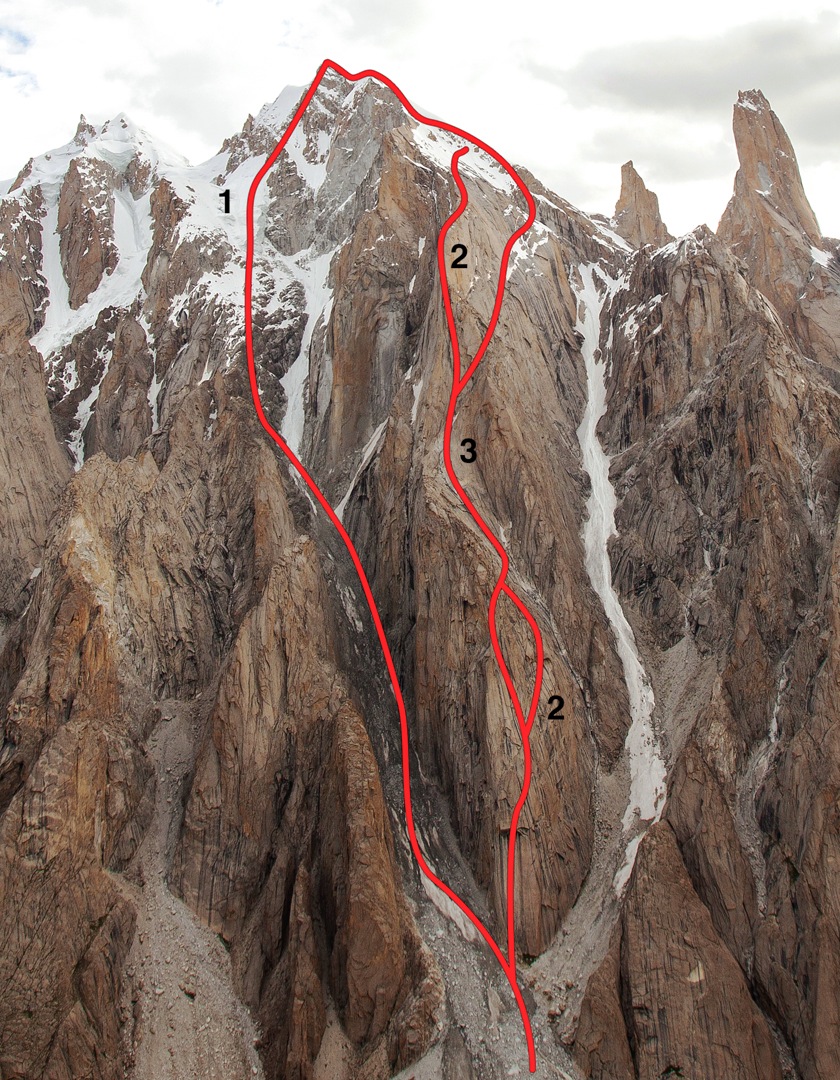 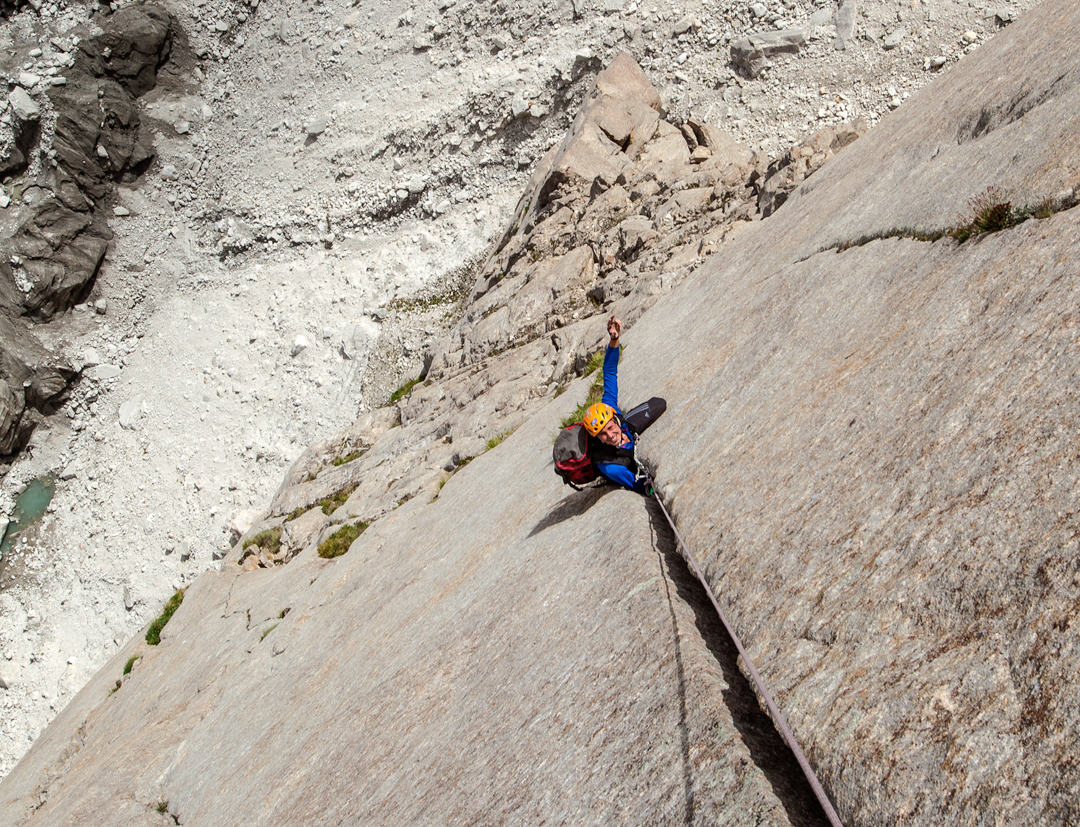 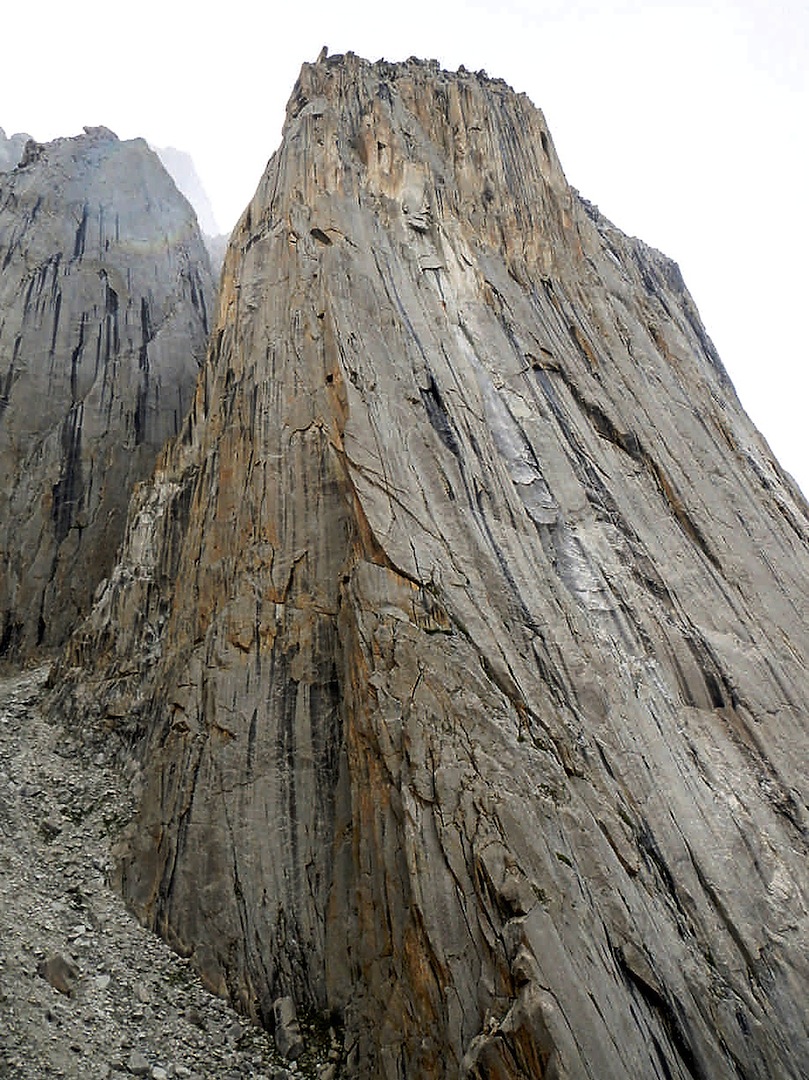 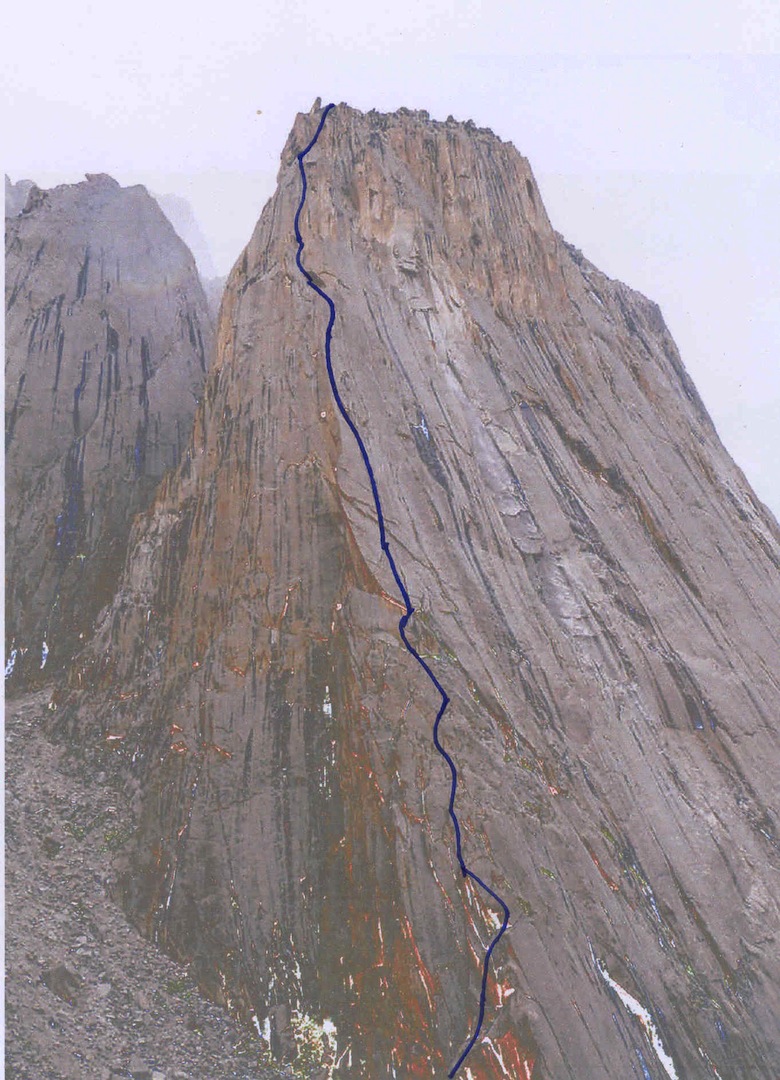 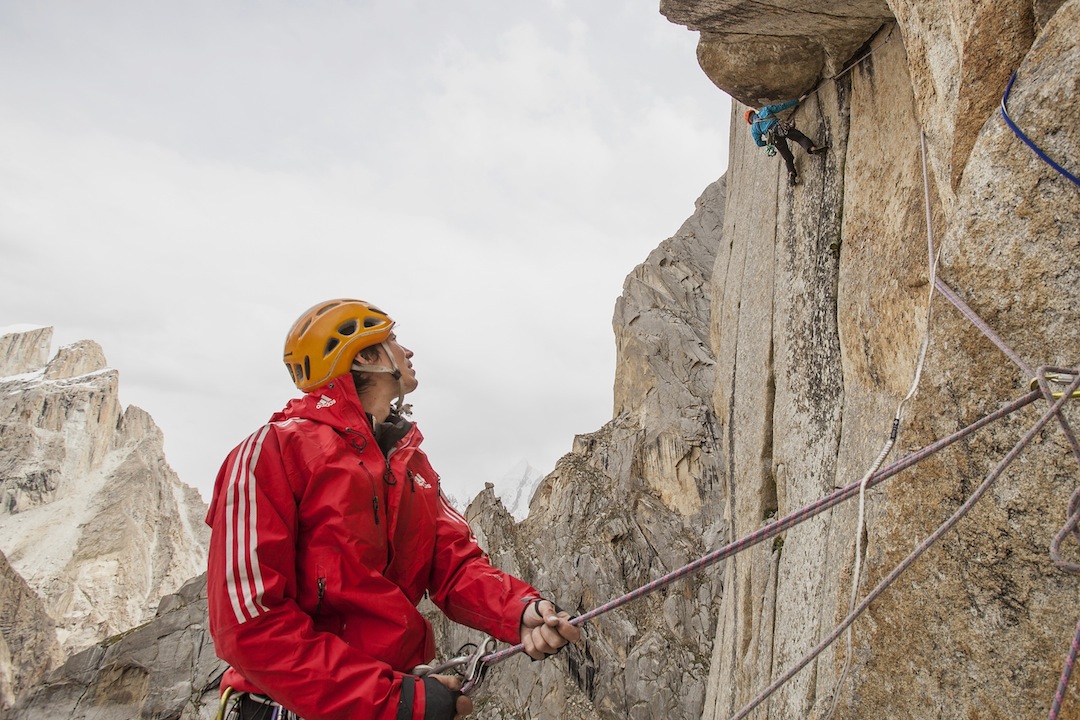