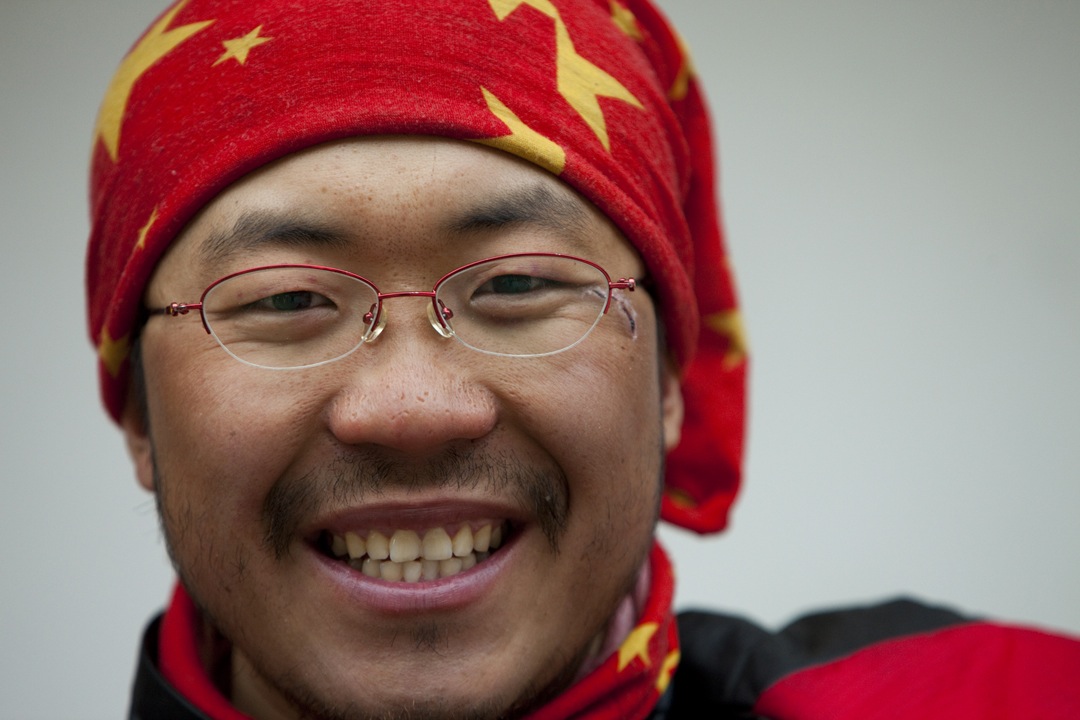 Yan Dongdong, one of China's leading alpinists, died in July in a crevasse fall while descending from a peak in the Tien Shan. Dongdong's accident occurred while doing what he loved the most, namely putting a technical route on a completely unknown and unclimbed mountain in a remote part of China. (See Climbs and Expeditions: China.)

Engaging, spirited, and infectiously enthusiastic for the mountains and for climbing, Dongdong was known for his tireless work ethic and for a cheerful and friendly demeanor, never fazed by the less comfortable aspects of alpine-style climbing. Aged only 27, his short but spectacular climbing career began in 2002 at China's Qinghua University. His position as captain and later advisor of the Qinghua mountaineering club led to his selection for the Olympic torch team, and he was among the climbers on the summit of Everest in May 2008. This experience, which he later called his worst ever in the mountains, contributed to his embracing alpine-style climbing. He became well-known in China for his “free mountaineering”' adventures, pushing the boundaries both of regulations and of technical difficulty.

Dongdong's biggest climbs included hard lines on Siguniang (2009), Reddomain, and Jiazishan (both 2011), all with regular partner Zhou Peng, as well as the first ascent of Wuse Shan (2010) and the first winter ascent of Nojinkangsang, a 7,000m peak in Tibet (2010), both with leading female alpinist Li Lan. He also did first ascents in other regions of Sichuan, Xinjiang, and Tibet. For the Siguniang climb, he and Zhou were awarded an honorary Piolet d'Or, in recognition not only of their climbing achievement but also of the significance of this route for Chinese alpinism and alpinists.

As a member of the North Face China athlete team, he and Zhou broke another boundary by becoming the first successful privately sponsored alpine climbers in China. His excellent command of English allowed him not only to work as a translator, but made him ideally placed for a key role in the development of Chinese alpinism. He translated English-language books on mountaineering and modern alpine climbing for the Chinese audience, interfaced extensively with foreign climbers, and wrote about his adventures in blogs, climbing magazines, and journals for both domestic and international audiences. Thus he truly inspired many people with his love of the mountains.