In August and September 2012, Tom Codrington, Ian Cooper, and I, from the Oxford University Mountaineering Club, took on the big walls of the Karavshin. After patching our way across the country, mollifying men with guns and sharing vodka with local headmen, we arrived in the heartland of Central Asian big walling. On one of our many rest days after a 10-day ascent of Peak 4,810, we spied a new line on Kotina from the Kara-su Valley.

Over three days we fixed a few hundred meters of rope up the soaring, unclimbed northwest-facing arete of Kotina, taking the cleanest line through some of the wildest and steepest features on the mountain. We tackled the rest of the line alpine-style in another three days. Fantastic three-star climbing on splitter granite cracks, corners, and detached roofs led us through consistently steep territory, sustained at F6b/6b+, to the very top of the buttress, without a single pitch of easy ground. The rock was solid and clean all of the way, and we free-climbed all 26 pitches (up to F7a), placing one bolt at a belay anchor. There were two large ledges on the route, splitting the cliff into three roughly equal lengths. These made ideal bivy spots.

Within minutes of getting to the top of the buttress, a snowstorm broke out and we quickly started the grim abseils without scrambling to the summit of Kotina. These abseils began a few meters to the right of the end of the route, and used a mixture of threads and expansion bolts for anchors. We bivvied again on the upper ledge in a small cave before finishing the descent the next day. We named our line Dreaming Spires after its terminal feature, a hugely exposed pillar of golden granite with a knife-edge ridge connecting it to the main massif.

We give our heartfelt thanks to the Irvine Fund, without which we could never have dreamed of such an adventure. 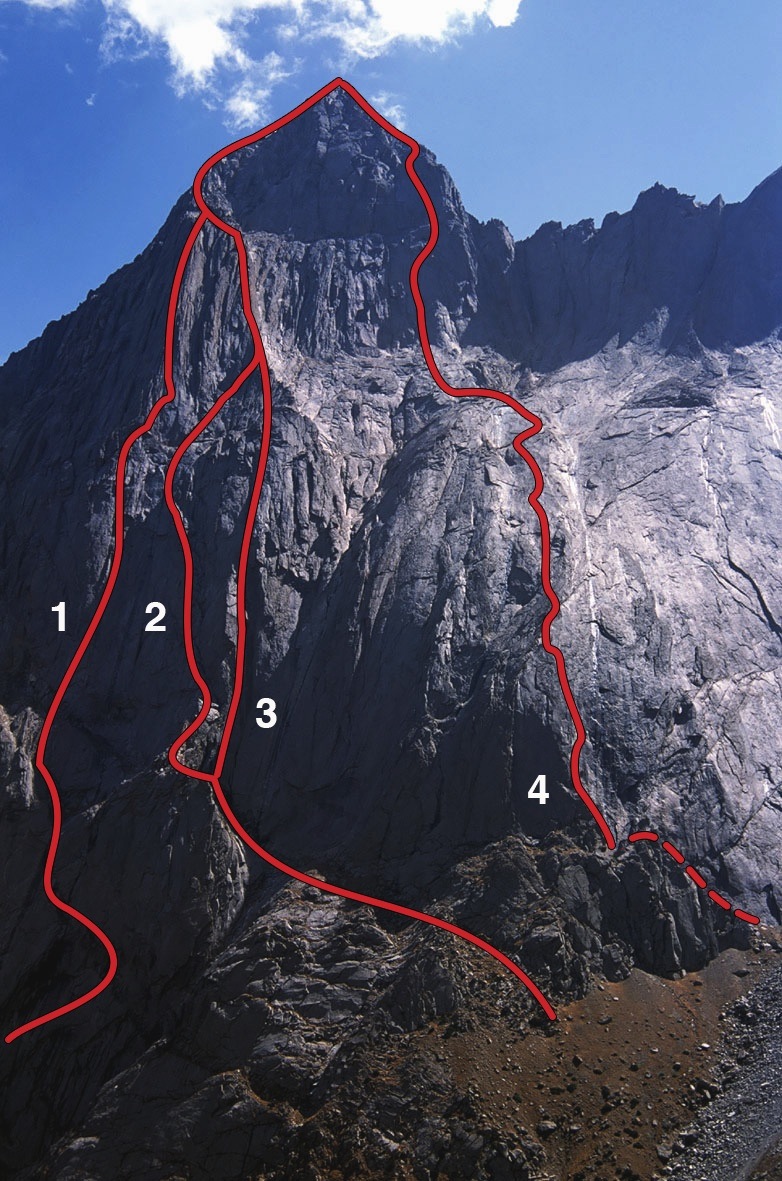