In September, Joanna Campbell, Michael Cocker, John Kentish, Paul Padman, Michael Pinney, Stuart Worsfold, and I, all members of the Alpine Club, traveled by way of Joshimath to the Semartoli Valley. A joint Indo-British expedition had visited the area in June 2007 to celebrate the 150th Anniversary of the Alpine Club (AAJ 2008), and Harish Kapadia, a member of this expedition and authority on the Indian Himalaya, had suggested that it more than justified further exploration. The 2007 expedition referred to it as Kagbhusandi Valley, but locals call it Semartoli, and closer inspection of the 1:200,000 Indian Himalaya map shows quite clearly that the river in the valley that both we and the 2007 group visited is the Semartoli Nala. Kagbhusandi is the adjacent valley south of the 4,630m pass named Kankul Khal.

The Semartoli is easily reached from Govind Ghat, the starting point for trekkers to the popular Valley of Flowers and for pilgrims visiting the holy lake of Hem Kund. Within three days we had established base camp alongside the river at Raj Kharak (3,815m). We were later in the season than the 2007 expedition, and conditions differed markedly: Glaciers were dry, heavily crevassed, and littered with complex boulder-fields in their lower reaches. We eventually abandoned our primary objective, the unclimbed northwest face of Barmal (5,879m), largely because of its poor condition.

Unsettled post-monsoon weather plagued the expedition, but on September 25, from an advance base camp at 4,505m, Cocker, Padman, Worsfold, and I made the first ascent of the highest summit in the sub-range north of the Kankul Khal: Peak 5,301m (a.k.a. Kagbhusandi Parvat). We climbed the mixed northeast face and north ridge at PD+. Kentish and Pinney made the second ascent two days later.

From separate high camps to the east of the Kankul Khal, various members of the team subsequently made first ascents of two other peaks adjacent to Kagbhusandi Parvat. On October 1, Campbell, Padman, and Worsfold climbed Peak 5,201m by its east couloir and north ridge (PD), and on the 7th Pinney and Worsfold climbed Peak 5,120m from the Kankul Khal via a rising traverse of the west face (PD-).

Meanwhile, to the east of the Semartoli Glacier, Cocker, Kentish, Pinney, and I, assisted by two high-altitude Sherpas, established a high camp at 5,010m, then next day, October 2, made the first ascent of Peak 5,515m, located to the north of Peak 5,855m. We climbed a steep, west-facing snow couloir and mixed north ridge at AD.

The team is grateful to the Alpine Club Climbing Fund, Mt. Everest Foundation, and Austrian Alpine Club for support. 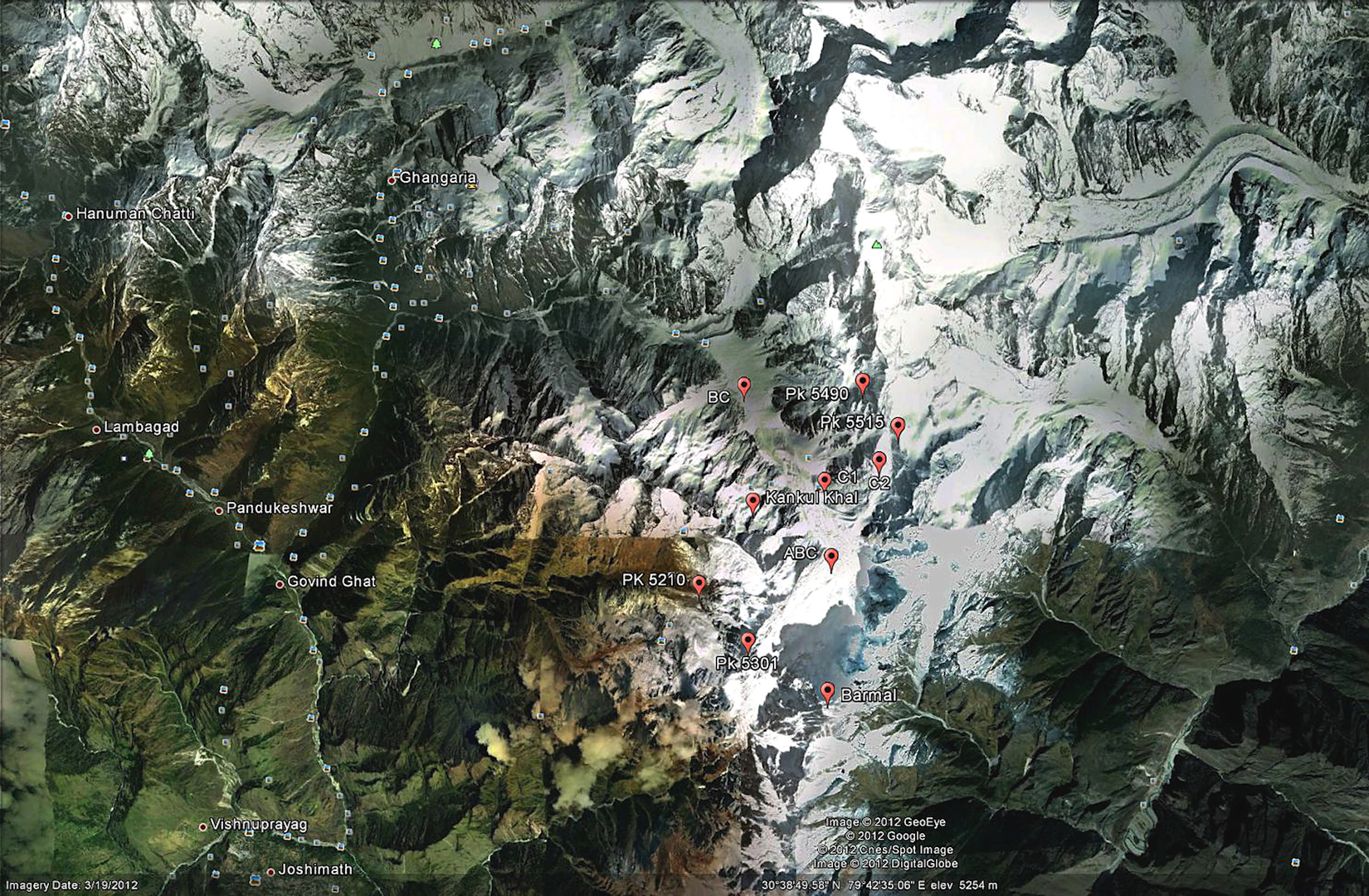 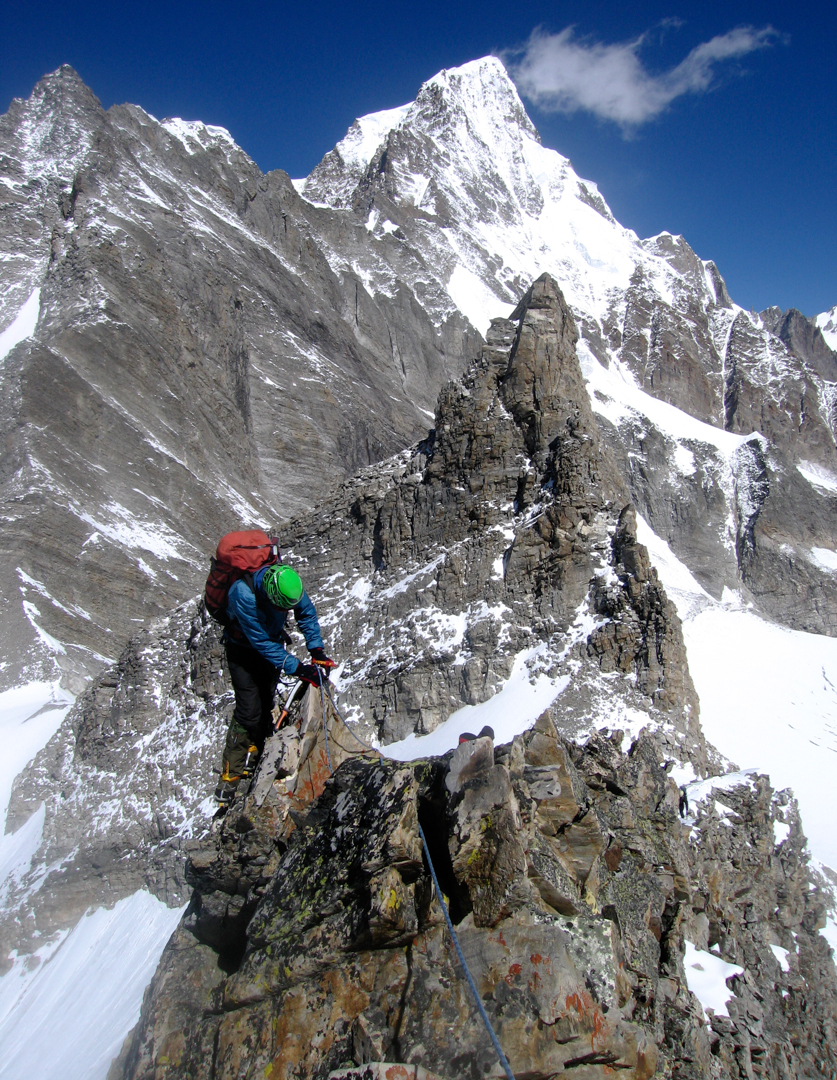 John Kentish on the north ridge of Peak 5,515m. The rock tower immediately behind is Peak 5,490m, climbed in 2007, while the large snow peak in the background is Hathi Parvat.
Derek Buckle
Previous Next

John Kentish on the north ridge of Peak 5,515m. The rock tower immediately behind is Peak 5,490m, climbed in 2007, while the large snow peak in the background is Hathi Parvat.
Derek Buckle
Previous Next