On February 21, Sarah Hart and I made the first ascent of the west face of Mojon Rojo, calling our route El Zorro (700m, 5.10 A1). The west face of Mojon Rojo, while of modest altitude, is quite striking from the Niponino bivouac, and I had wondered about climbing it for a long time. From afar its metamorphic rock does not look very solid, but to our surprise, the rock on Mojon Rojo was not merely tolerable but in fact quite solid and very enjoyable.

The first half of our route climbed a subtle buttress, and was mostly simul-climbing up to mid-fifth-class, with one harder section (5.10 A0). At the top of the buttress we followed an easy gully, which took us to the crest of the west ridge, at a notch with a tower. The route from here climbed spectacular crack systems on the face just left of the west ridge, with features always connecting just enough for enjoyable 5.10 climbing. As we neared the top of the face we almost entered a giant squeeze chimney, which is clearly visible from down on the Torre Glacier. However, I opted to continue connecting face cracks. The climbing remained 5.10 until the last few meters of the face, where I aided on knifeblades (A1). Once on the west ridge, one more pitch reached the lower, northwest summit of Mojon Rojo. From here, a spectacular section of simul-climbing on a true knife-edge ridge, and one short rappel, took us to the base of the main summit tower. Two rope-lengths of mid-fifth-class allowed us to join the scrambling terrain on the east face, and soon we surmounted the exposed V0 boulder problem that is the true summit of Mojon Rojo. Although we had planned to return to Niponino, it was clear on Mojon Rojo’s summit that the easiest descent was to the east, down to Laguna Sucia. We descended this way, and it is definitely the best plan for future ascents. 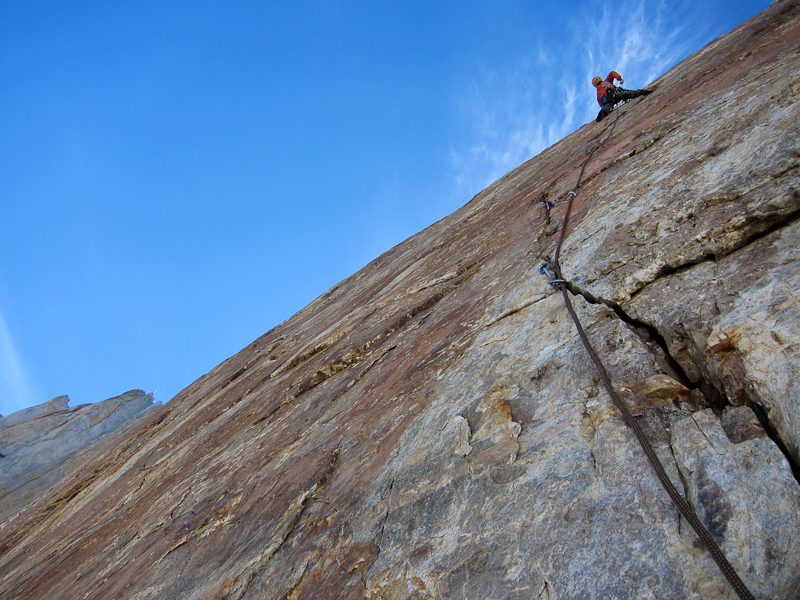 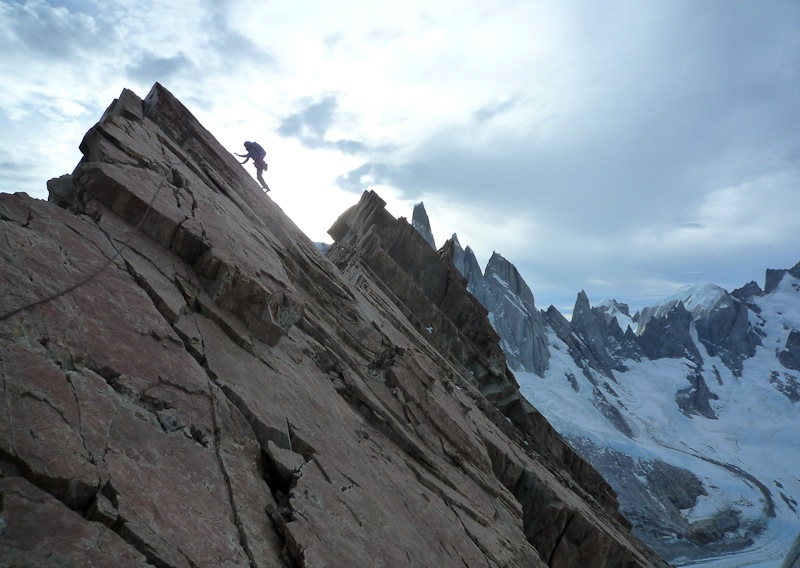 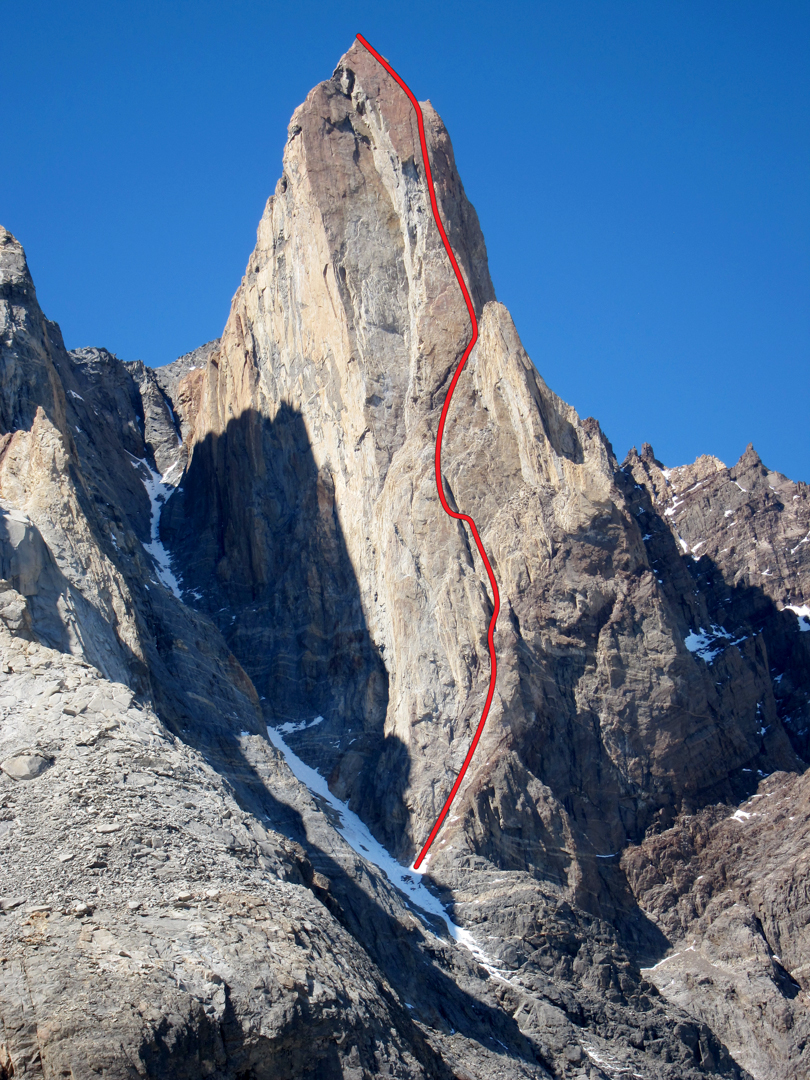 The new route El Zorro is the only route on Mojon Rojo’s spectacular-looking west face. The unconfirmed rumors of bad rock quality proved false; the route links high-quality crack systems up the face at a relatively moderate grade.
Colin Haley
Previous Next

The new route El Zorro is the only route on Mojon Rojo’s spectacular-looking west face. The unconfirmed rumors of bad rock quality proved false; the route links high-quality crack systems up the face at a relatively moderate grade.
Colin Haley
Previous Next