Undoubtedly the most significant Himalayan expedition by Indian mountaineers during 2012 resulted in the second ascents of two 7,000m summits, by new routes, in just 12 days climbing above base camp. The venue was the remote Jongsang, a long plateau-like massif, the main summit of which forms the highest triple border point in the world (India-Nepal-Tibet).

The east-southeast ridge, rising above the Jongsang La (6,145m) on the Nepal-Sikkim border, was first attempted in 1983 by Slovenians. That same year a large Indian expedition reported climbing Jongsang, approaching through Sikkim. Details are sketchy, and their claim (to have climbed either the east-southeast ridge or else repeated the original 1930 route on the north face) is now widely discredited. Irish climbers inspected the ridge in 1997, and Spanish climbers reconnoitered it in 2002 and then made two unsuccessful attempts, in 2004 and 2006. Apart from the Indians, the only nation able to get permission to come from the north, all these parties approached Jongsang from Nepal.

Pradeep Sahoo led a team from Kolkata though Sikkim to the Upper Lhonak Valley, and then onto the Jongsang Glacier leading southwest to the Jongsang La. The expedition established base camp on September 17 at 5,525m (GPS), close to a large lake on the north side of the glacier.

Access to the crest of the east-southeast ridge via the east flanks of Jongsang was barred by steep rocky walls and hanging glaciers. However, two Sherpa finally located a steep gully through these walls. Above, 200m of broken rock at 40-50°, followed by a difficult 200m rock tower—the last part very steep and loose—led to an upper ice field. All this section was fixed.

On the 26th a team of six climbers moved up from Camp 1 carrying four days’ food and fuel, and two tents. Over the ensuing days, climbers moved up the ridge and established three higher camps, the highest at 6,874m. On the 29th five climbers reached the 7,257m col (GPS) between Dome Kang and Jongsang, and then split. Ang Dorji, Phurba, and Sahoo set off for Jongsang to the northwest, while Dawa and Mondal headed east for nearby Dome Kang.

Dawa and Mondal left the col at 10:15 a.m., and in 35 minutes reached the top of Dome Kang. Although the official Nepal HMG–Finn map gives Dome Kang (Domekhan) as 7,264m, Mondal suggested he had ascended 30-50m from the col. If the Indian GPS measurements are to be believed, this summit could well be closer to 7,300m.

The Jongsang group followed the knife-edge southeast ridge leading toward Domo (Jongsang’s southeast summit) and then on to Jongsang, but decided conditions were too dangerous at that time of day. They returned to the col, and Sahoo waited there while Ang Dorgi and Phurbu descended to Camp 4, collected a tent and several coils of rope for fixing, and then came back up. All three spent a chilly night, then left at 5:30 a.m. on the 30th. In better snow conditions, it took three hours to ascend the ridge to Domo. The only previous ascent of this rounded top had been in 1930 by Günter Dyhrenfurth and Lewa Sherpa, who made the round-trip from Jongsang’s main summit in one hour. Average GPS logs on this summit (27°52.692 N, 88°08.371 E) recorded 7,461m.

The three decided not to continue across the plateau to the main summit (7,462m on Finn map) and made a quick descent of the mountain, reaching Camp 1 just after dark. All ropes appear to have been left in place. 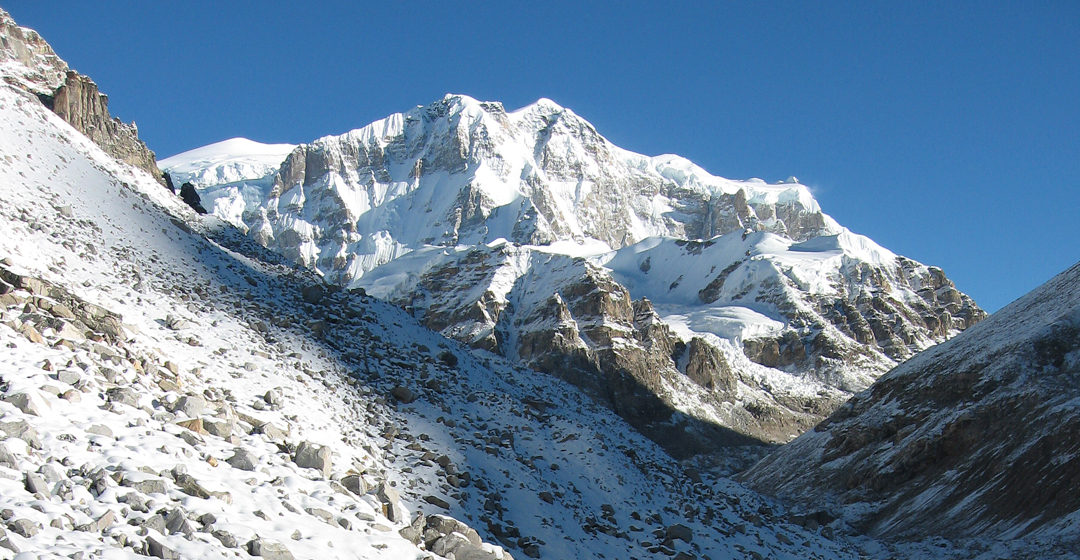 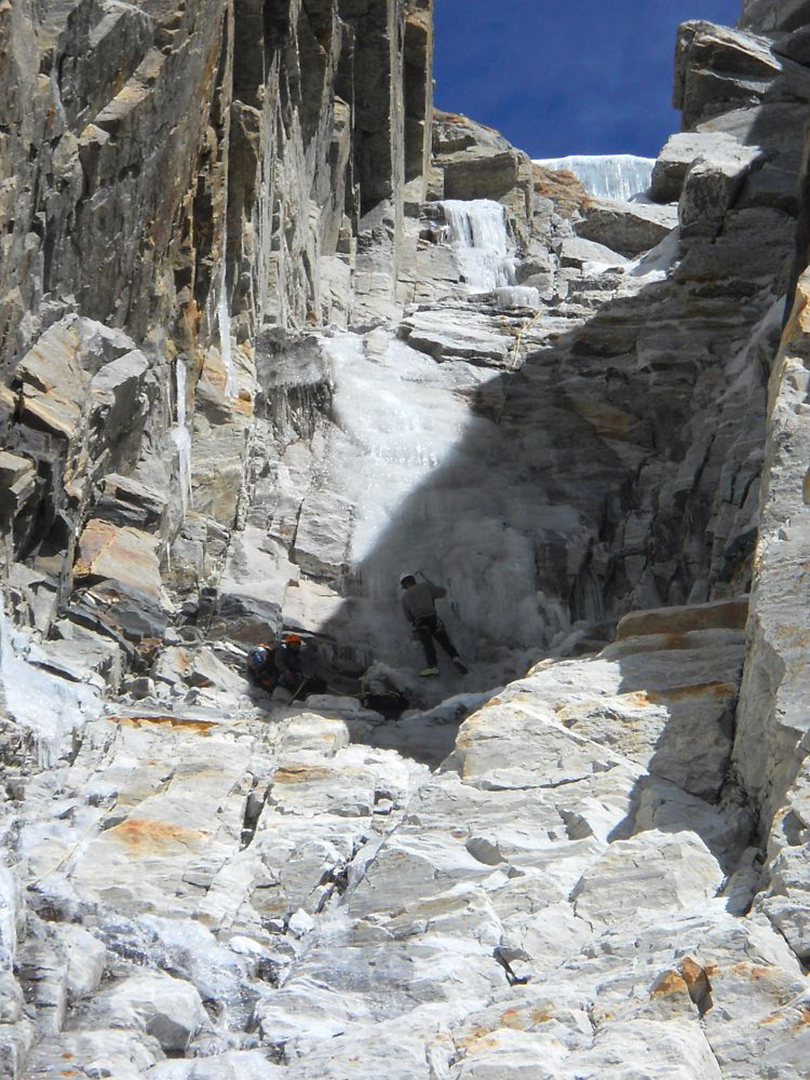