Nevado Tres Cruces (6,749m) was the last peak over 6,500m on the continent without a winter ascent. Basques Jabi Txikon and Arkaitz Ibarra climbed the peak by a new route, a very steep glacier on the east face. On August 30 they began to acclimatize in Las Grutas. On September 5 they made camp at ca 5,000m in high winds, and the next day they were pinned in camp by the wind. On September 7 they moved camp to ca 5,400m.

On September 8, they ascended Cerro Solo (6,240m), making its first winter ascent in windy conditions. From there, they studied the Tres Cruces glacier, now known as Glaciar de los Vascos. On September 10, after another day pinned in camp because of high winds, they started up at 4 a.m. In two hours they began climbing the glacier in very low temperatures. They entered the glacier through a gash and started with 10m of vertical climbing on bad ice. Above another short section of bad, wind-sculpted ice, the ice improved, and, moving right, they found a nice, direct route to the summit. High on the route they encountered rockfall and more bad ice (70°), with crevasses and strange, wave-like formations formed due to high pressure in the ice. Near the summit, the terrain improved again. They reached the top at 4 p.m., finishing Ruta Etxerat, which means “to home.” They returned to camp at 9:30 p.m. 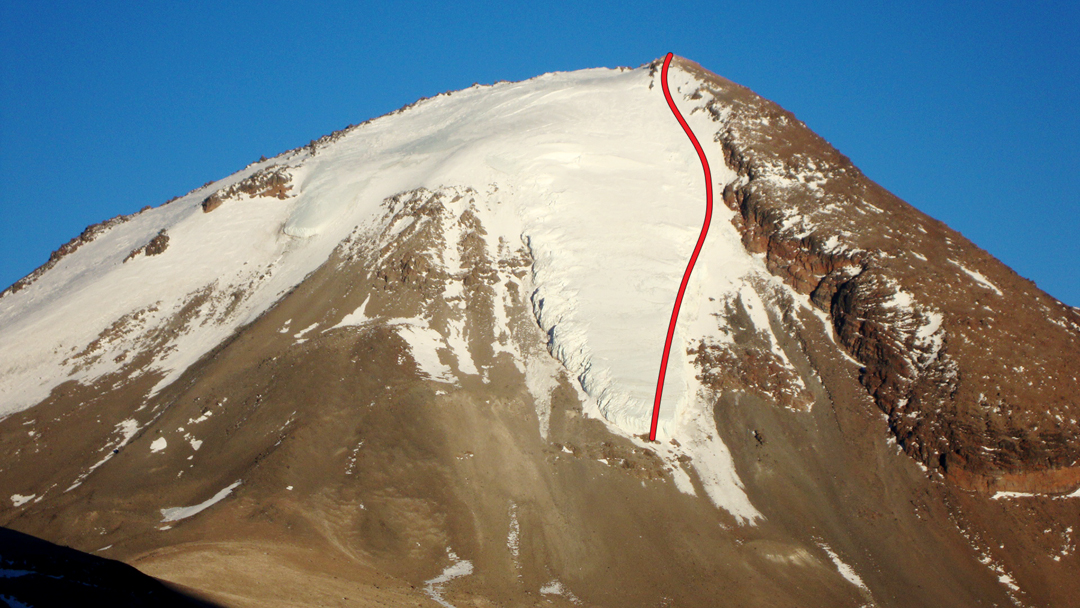 Nevado Tres Cruces with the Basque route up the steep glacier.
Arkaitz Ibarra 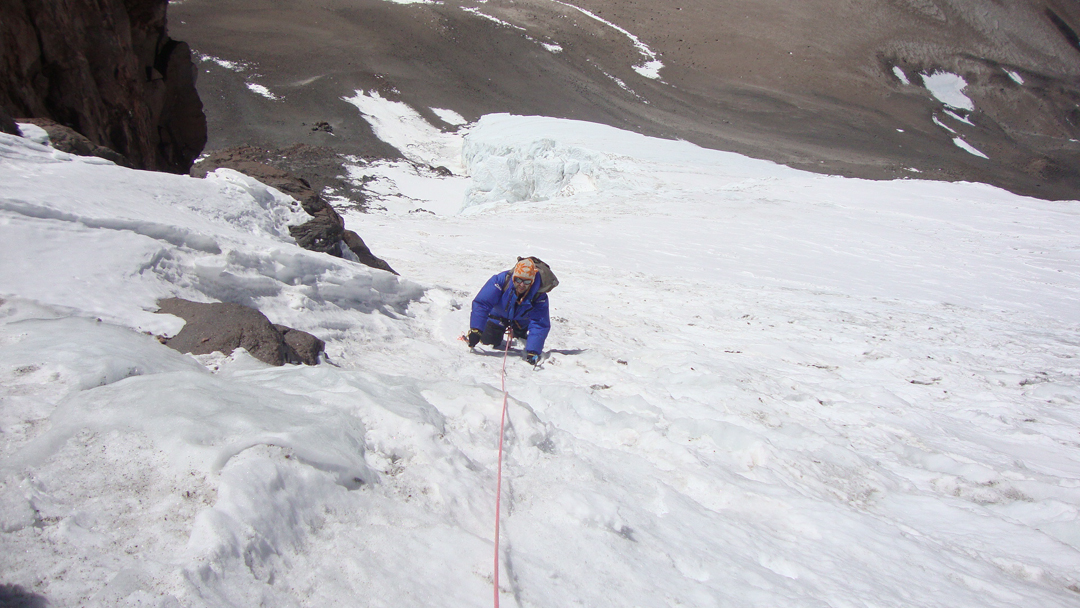 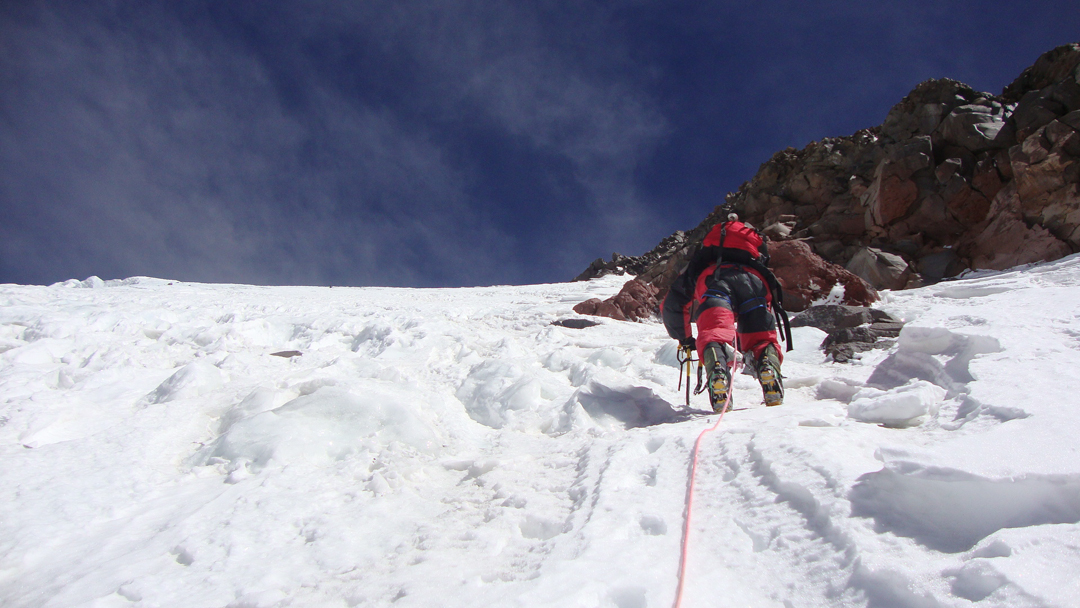 Leading up wind-hardened snow and ice.
Arkaitz Ibarra
Previous Next

Nevado Tres Cruces with the Basque route up the steep glacier.
Arkaitz Ibarra

Leading up wind-hardened snow and ice.
Arkaitz Ibarra
Previous Next