On September 3, 2011, Szu- ting Yi (Taiwan), Eric Salazar, and I (both U.S.) made the first ascent of Crown Mountain in the northern Shaluli Shan of West Sichuan. We approached the peak, which is 10km southeast of Xiashe (5,883m), by jeep from Litang, traveling along dirt roads up a rough drainage. We established base camp on the east side of the mountain. The peak is composed of loose volcanic rock and has a couloir splitting the northwest face. We climbed a rotten gully south of the couloir to reach the west ridge, and then followed the crest (mostly third and fourth class, with two pitches of 5.6) to join the last 100m of the couloir, which we followed (50°) to the summit. We descended the same way. 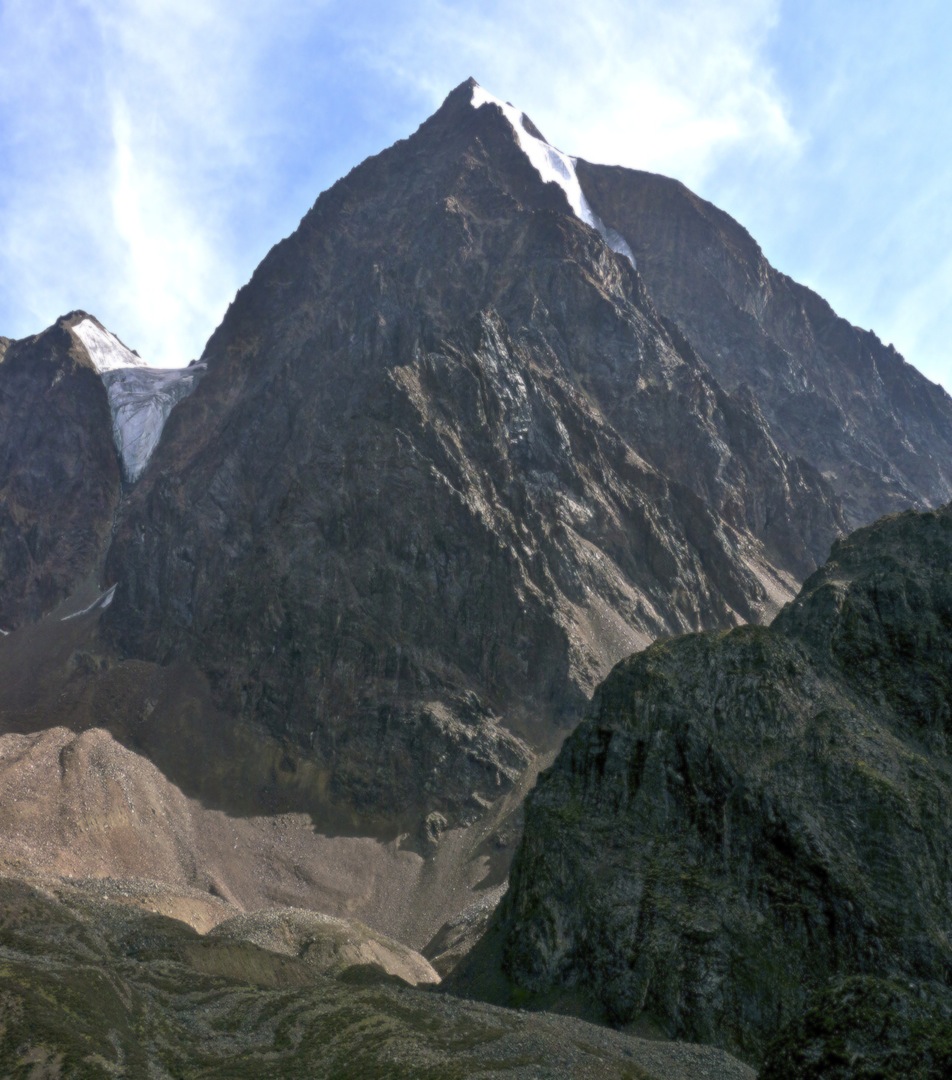