Alexander Lavrinenko and Taras Tsushko (Ukraine) added a route to the ca 750m limestone wall north of Bezengi, climbing as a two-man team in the dead of winter. The new line ascends the western bastion, starting right of Land of Mist, a route that Lavrinenko climbed in 2009 with Eugene Poltavets and Maxim Polyakov. The two men started February 15 and completed 22 pitches, with 480m of aid out of 1,100m of climbing. They joined the 2009 route for five pitches on the upper wall before finishing independently on the morning of the 11th day. 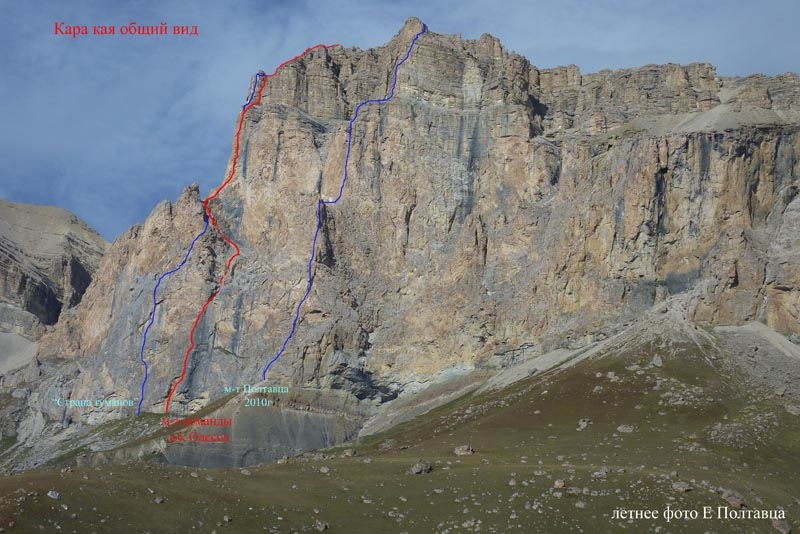