After eight years of research, I obtained permission to go to Franz Josef Land, a 192-island Arctic archipelago, on my never-ending search for unclimbed walls and towers. In July I got a ride there on a Russian sailboat. I found what I’d dreamed of: the northernmost walls on the planet, unclimbed of course. Unfortunately, I also encountered some major obstacles, including rockfall and the local polar bear population. (The previous year, two Russian scientists had been killed by bears.) I was able to free-solo one climb, definitely the northernmost technical rock route, and reconnoiter the area in depth. There are at least nine world-class formations, with walls 400m to 500m tall, between 81°N and 82°N latitude. I plan to return as soon as possible. 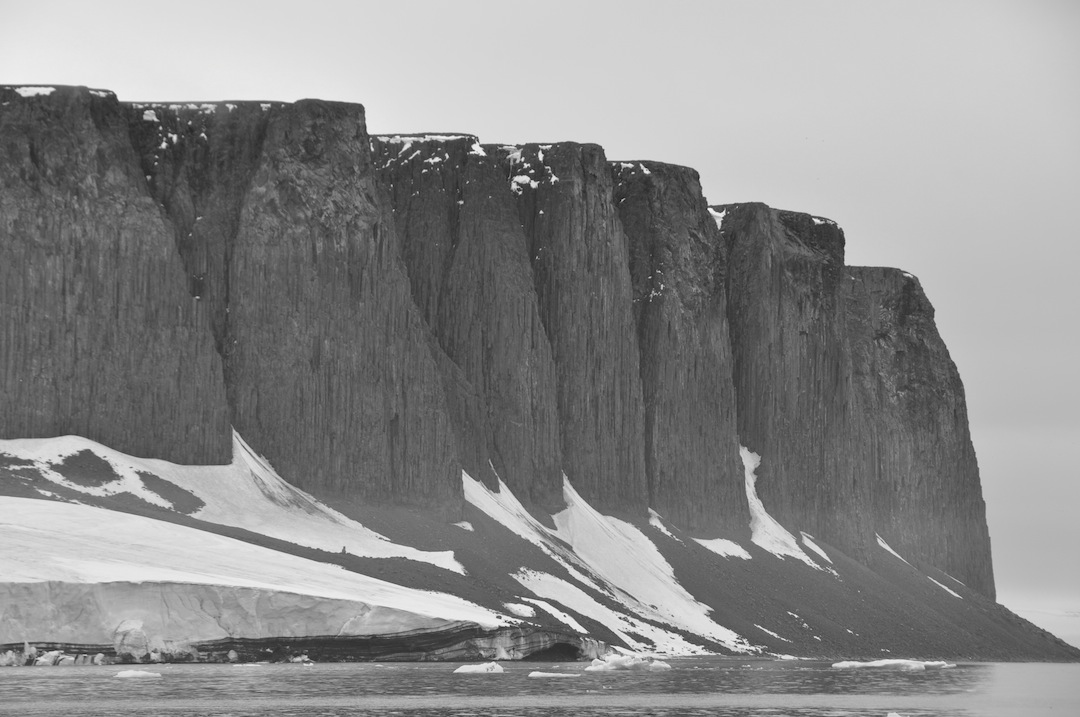