During December 2012 and January 2013, I made my fifth climbing visit to Oman’s Western Hajar mountains, this time with Dave Wynne-Jones. To make the most of the waning moon, on arrival we threw ourselves at the committing north face of Jabal Kawr. This is farther west than earlier lines opposite Jabal Asait, and has previously been neglected, as it is hard to observe in good light and lacks any convenient descent.

We left the Mazub road end early on?December 30 with only light clothing, a few?bars, and four liters of water. We followed a?pillar with smooth slabs on either side, which?produced a 17-pitch route, the Dark Side?(680m, TD- VI-). This led to a large terrace?from which there was no exit except by scrambling to the main Kawr plateau at 2,400m. From here we faced a long, complex descent, and the events that unfolded highlight the fragility of ultra- light climbing in this terrain. After failed attempts to navigate around drop-offs in darkness, we sat out the frigid night in a stone shepherd’s hut on the plateau. As we searched for a descent in the morning, somehow we became separated. Dave faced a survival scenario with no food or water, only the ropes, a headlamp, and a lighter. Next day I returned with Rob Gardner and his search team from Muscat, and we found Dave severely dehydrated but otherwise in good shape.

After some recovery days, we took advantage of the precarious Nadan road to make the first climb in the impressive cirque that surrounds this remote settlement on the south side of Jabal Kawr. Triassic Superbowl (430m, TD- VI-) takes the north side of the Nadan Pillar. We descended via the sustained AD+ slabs of my own 2007 route on the south face [AAJ 2008], finding a dropped rock shoe from the first ascent.

After this we took the unimproved road north of Jabal Misht to Sidaq village to investigate some slabs I had previously noted above the village. We were rewarded with the pleasant route Giant Slab (193m, V-) up a cracked grey slab. The route name follows the village legend about a giant who built the walls overlooking the adjacent gorge. From here we continued to Jabal Murri, where we had seen from the Ibri highway an area of unexplored orange rock on the left side of the Amqah Tower (AAJ 2010). Here we found a delightful route, Arabian Knights (311m, D+ VI-) up a steepening slab, with an escape left at the top to a stepped arête leading directly to the summit.

Finally, we drove up the long Wadi ad Dil to the erratic limestone outcrop of Jabal Nakhus, where we added Karst Corner (242m, V), the third route on this striking and accessible feature. We finished the trip with a scramble up the deep canyon below, followed by a much-needed soak in the Nakhl hot pool. 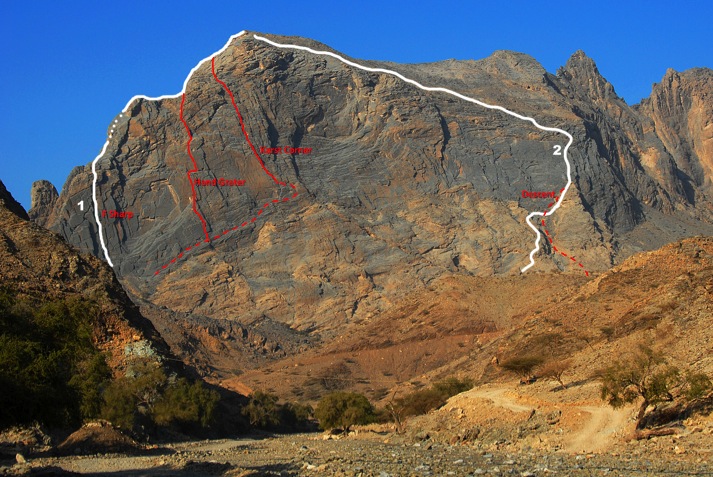 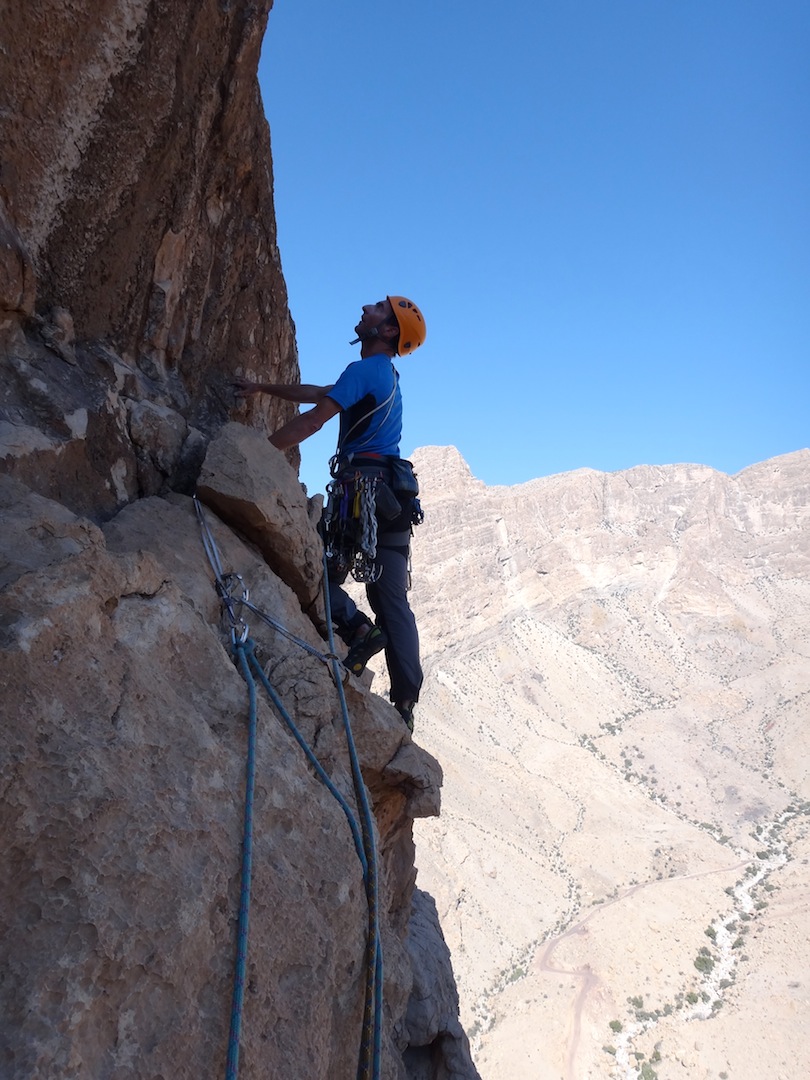 Paul Knott on the sixth pitch of Triassic Superbowl on the Nadan Pillar.
David Wynne Jones 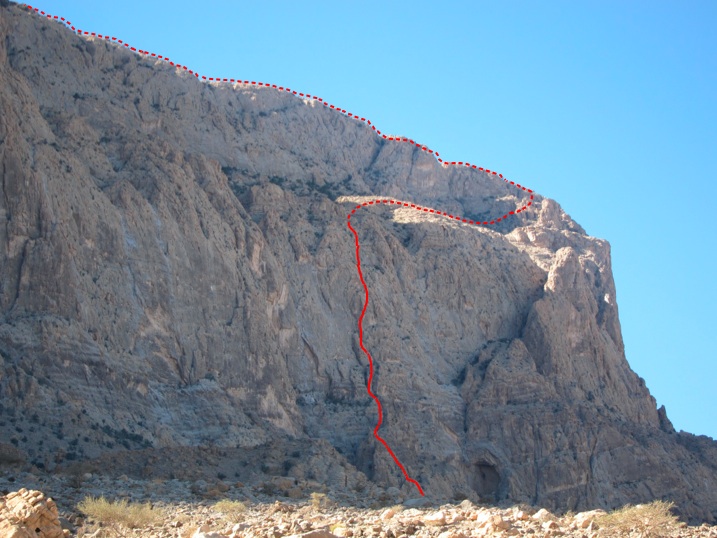 The Dark Side (17 pitches), the first route up the north face of Jabal Kawr.
Paul Knott
Previous Next

Paul Knott on the sixth pitch of Triassic Superbowl on the Nadan Pillar.
David Wynne Jones

The Dark Side (17 pitches), the first route up the north face of Jabal Kawr.
Paul Knott
Previous Next