During 14 days in August, Line Veenstra and I climbed a number of peaks in northeast Milne Land. We accessed the island by boat from Constable Pynt, and followed the Korridoren Glacier west, moving camp often and making many side trips. We rented a rifle but saw no sign of polar bears during our travels—for the same weight, an aluminum ladder, for bridging crevasses, would have proved more useful.

We attempted to access the icefield to our north via glaciated tongues falling into the basin at 70°53' N, 25°59' W. However, and possibly due to our presence late in the season, we couldn't find a route through the crevasses that would be suitable for heavy load carrying. We eventually succeeded via a mellow couloir (less than 35°) that started from 70°52' N, 25°53' W. This allowed hassle-free access to the upper icefield and was strewn with large amber-colored pieces of calcite. Gaining the icefield to the south of the Korridoren was straightforward via the glacier at 70°49' N, 25°55' W’. Peak 1,247m was climbed as a side trip directly up talus slopes from the Korridoren.

A list of peaks we climbed now follows. Names are those we used at the time, while altitudes are from a hand-held GPS. All ascents were graded F, unless noted otherwise. (CV) denotes myself; (LV) is Line. 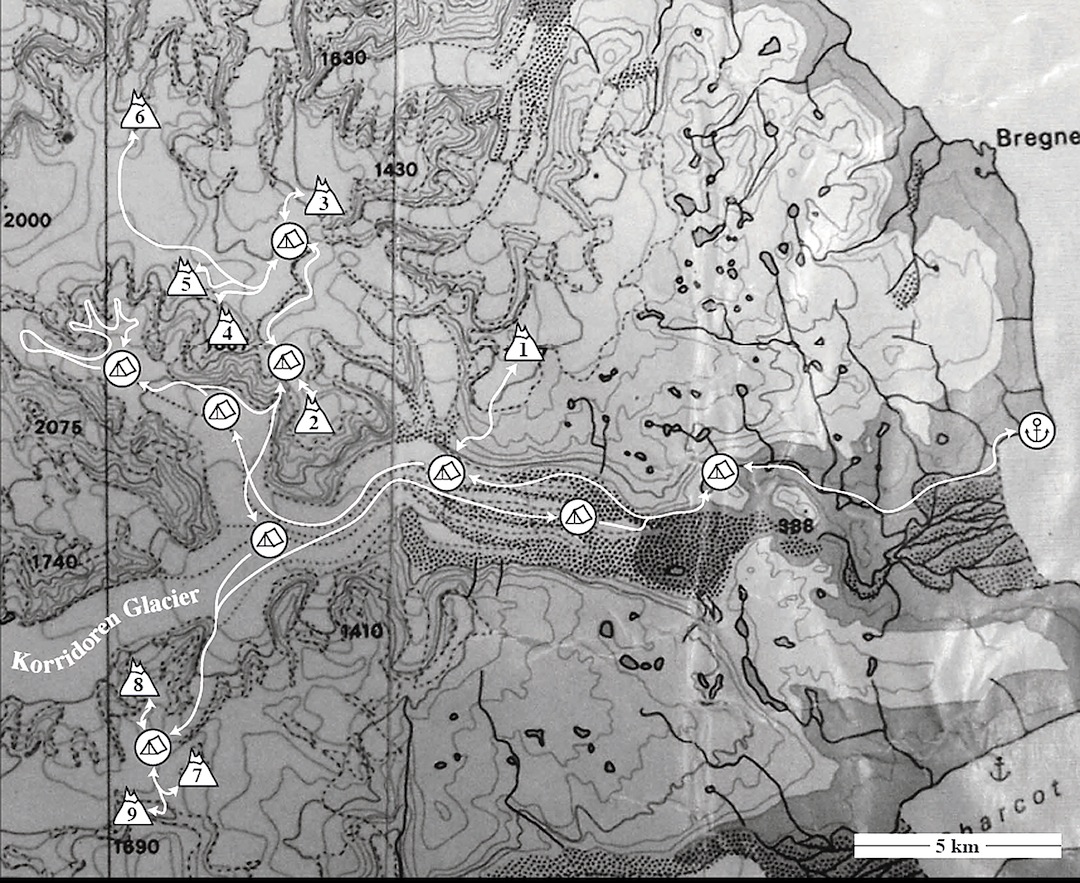