In late January, David Allfrey and I established a new route up the center of the south face of De l’S. We left town in the morning and then climbed the first 1,500’ to the large terrace where most of the south face routes begin. The climbing was excellent, and we did this portion in approach shoes, with some soloing and simul-climbing, in a few hours. We had a romantic dinner at our bivy below the upper wall, then proceeded to spoon all night long. We began our intended line a little after 10 a.m. the next morning.

The climb takes an aesthetic plumb line to the summit. The rock quality was excellent, as was the climbing. From the terrace, we climbed 11 pitches, almost all of them being difficult and overhanging. After several sections of 5.12 we reached the final pitch, a 12’ roof with a finger and hand sized crack, which we gladly aided. The roof will likely go free at 5.13 and make for an incredible day of crack climbing. Besos to Pesos (3,000’; 1,200’ of new terrain, 5.12 A0) was completed with leader and follower climbing free and swapping leads with a small pack.

In late February, Adam Ferro and I established a new route up the center of the north face of Aguja Bifida. We hiked to within a short distance of the base of the wall, which required hours of glacial shenanigans. (It may be wise to do this approach earlier in the season.) After a leisurely morning we began climbing unstable snow and mixed terrain right of the Lüthi-Bresba start for several hundred feet to the base of the rock wall.

While belaying the first pitch, a large piece of ice fell from above, striking my leg. Fortunately, the climbing wasn’t terribly difficult and was of extremely high quality. After 1,000’ of climbing we joined the Lüthi-Bresba to the summit. We found no evidence of rappel anchors off the summit and were forced to build our own. Gunnison Direct (2,500’; 1,000 of new terrain, 5.11 C1) is an exceptional free route aside from a small tension traverse on the upper Lüthi-Bresba. It was completed in a day with both leader and follower free-climbing and swapping leads. 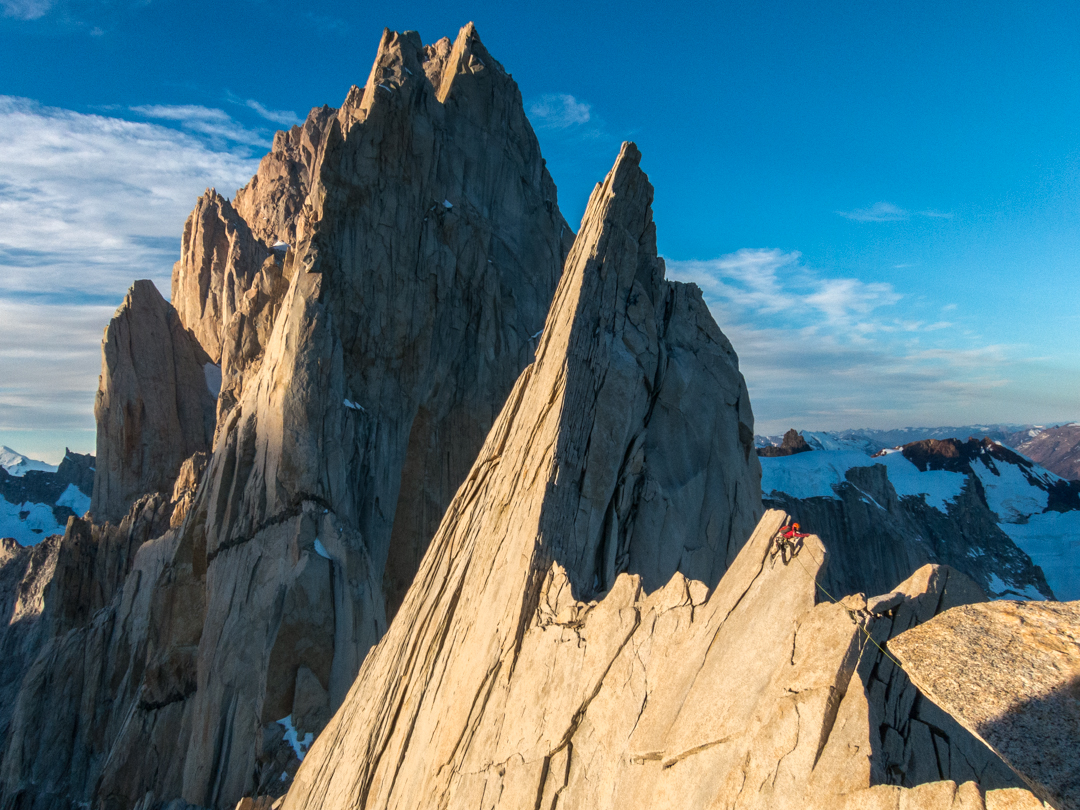 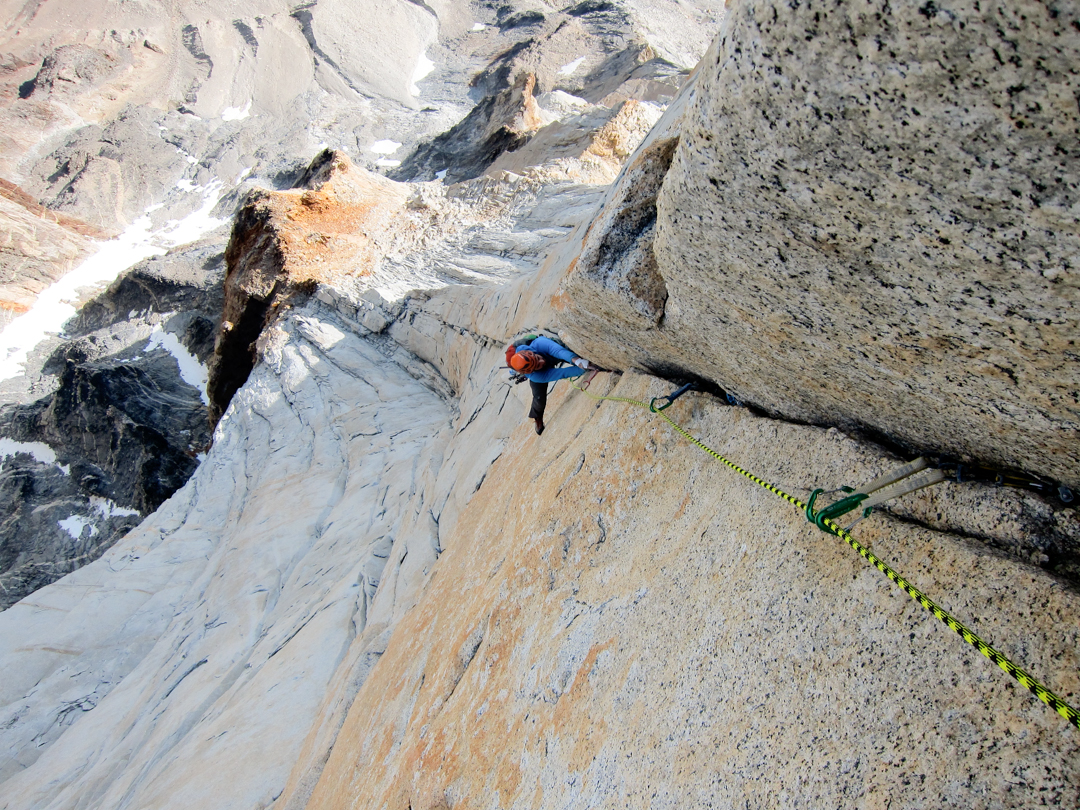 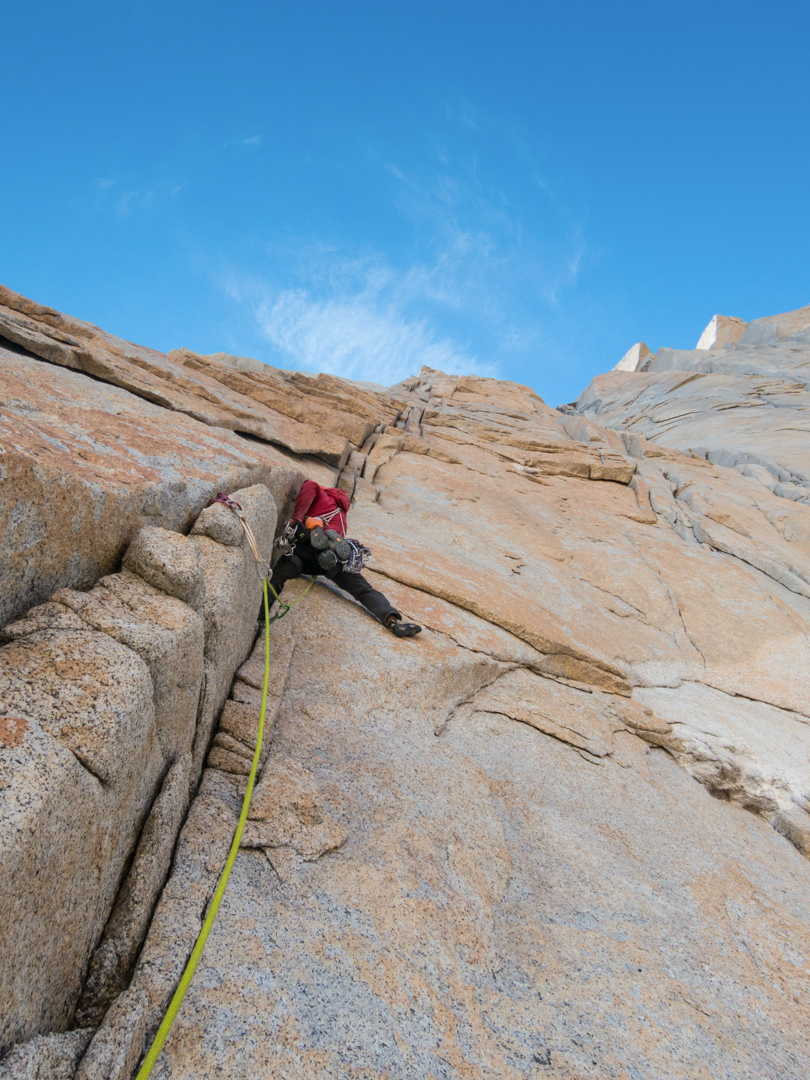 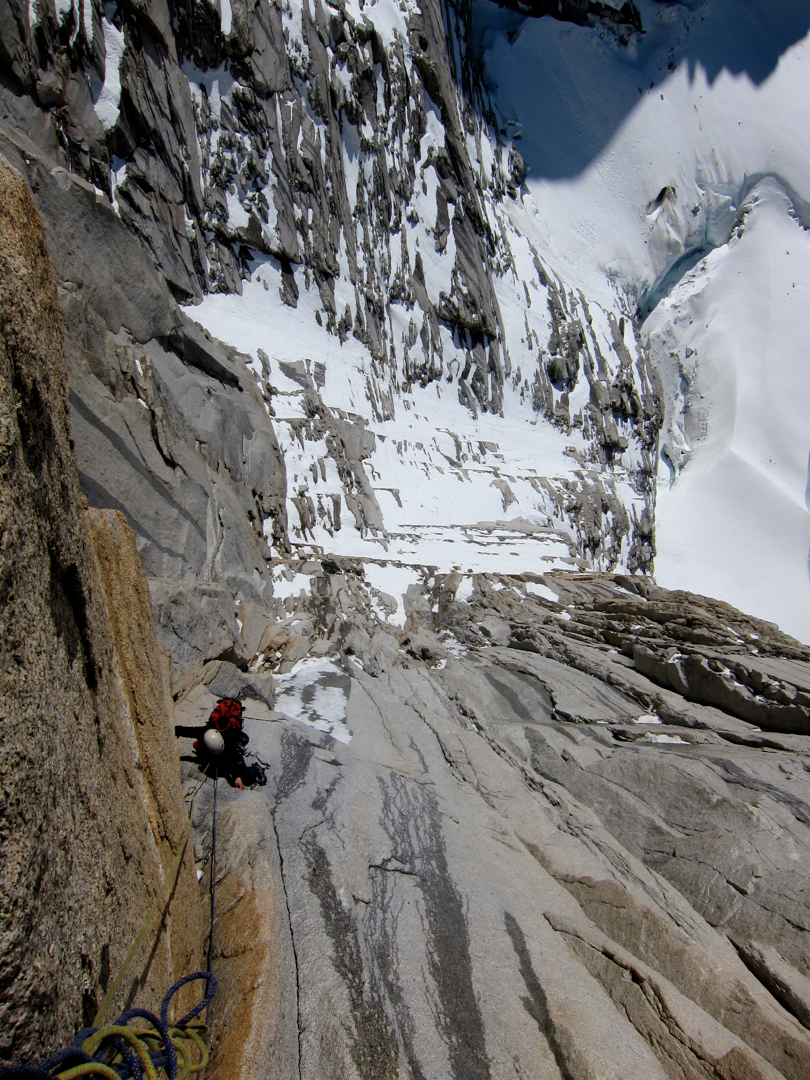 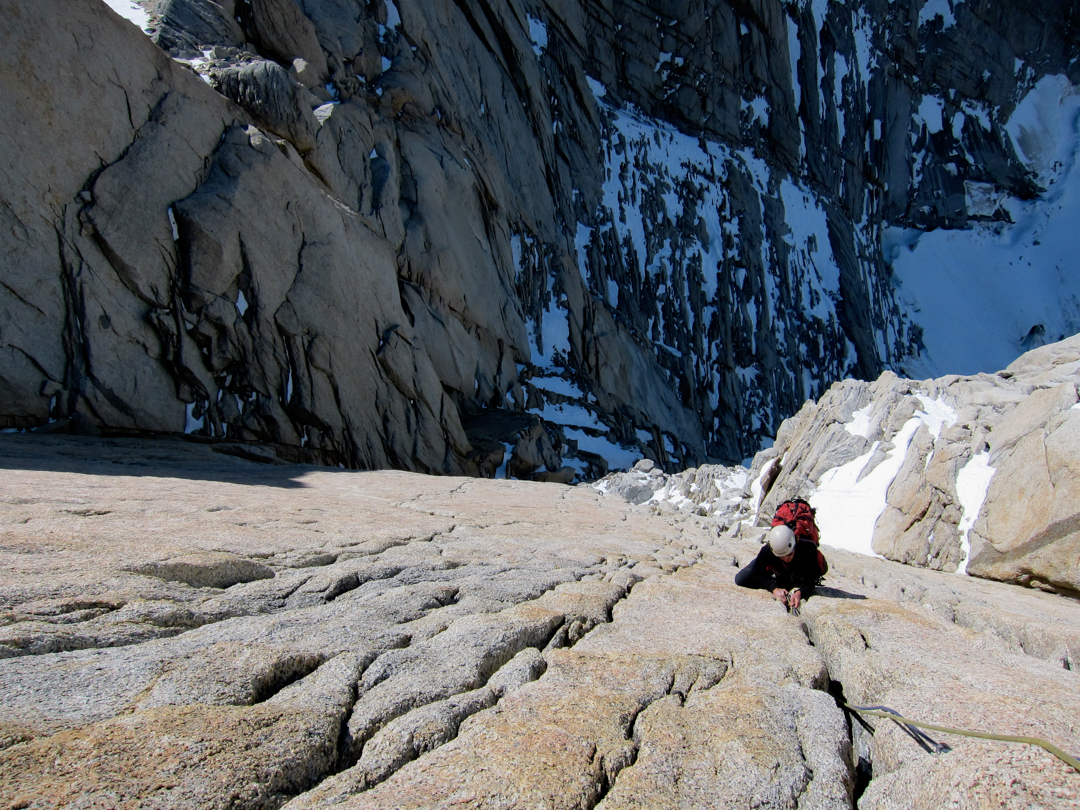