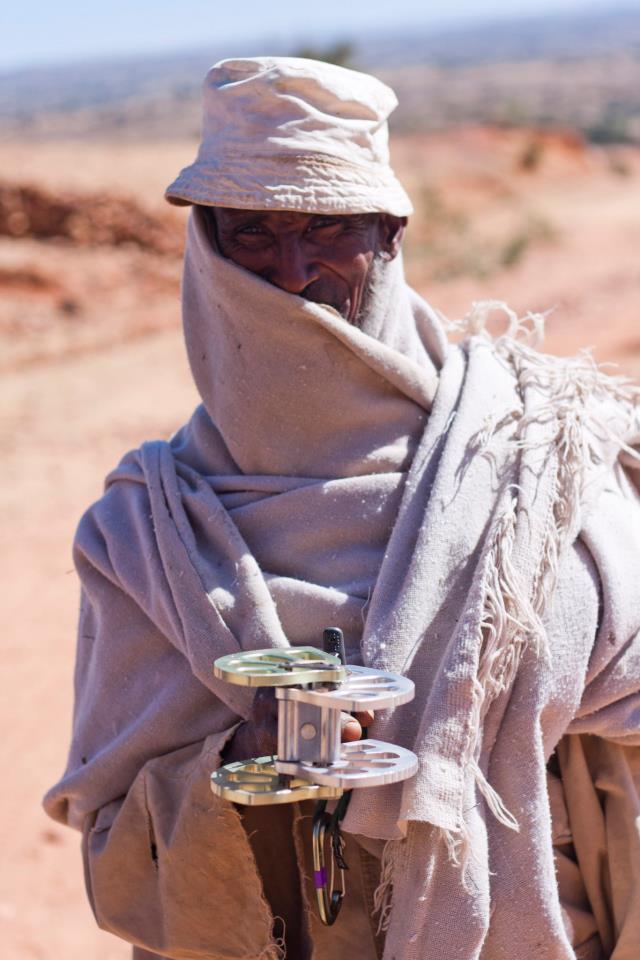 Inspired by previous trips to Ethiopia by climbers such as Pat Littlejohn and Majka Burhardt, Dan Rothberg and I spent two weeks in the country’s northern Tigray region in search of serious rock adventures. We first visited the Gheralta Massif, an imposing group of soft-rock buttresses near the small town of Hawzen. One can’t help but be reminded of Zion National Park when gazing upon the area’s fin-like towers or the main formation’s 1,000' walls. However, these impressions begin to fade once on the rock. Quality varies greatly from bomber jugs of hematite to crumbly shale layers and sand with the cohesiveness of compressed brown sugar. Our routes tended to favor crack systems, most of which were offwidth, though faces definitely offer some interesting if friable textures, which we felt comfortable only toproping, as most rock was too soft to accept our 2¼” expansion bolts.

Our most prominent Gheralta route was a three-pitch climb ascending one of the middle pillars of the main buttress, by way of a moderately strenuous offwidth and chimney system. We named our route the Great Cornholio (5.10-) as a tribute to both the quality of the rock and our highly sophisticated senses of humor. Climbers who dare to make future ascents are advised to bring sturdy pants, tape, a rope that won’t get nearly sawed in half by the soft yet somehow sharp Gheralta edges, and goggles to prevent their pupils from being coated in a fine layer of dirt.

Our second destination in Tigray was Adwa, a town most famous for being the site of the final battle in the First Ethio-Italian War, in which Ethiopia successfully defended itself against imperial forces. Our interest in the city was piqued mainly by the Adwa Mountains, in which the town lies at the center. These striking domes are composed mostly of trachyandesite; the rock is generally excellent and well featured, but protection is sparse. Pitches routinely featured runouts of 30' or more over sections of non-trivial climbing. Though we brought a hand-drill and a small set of bolts, these were never used, as we found the rock too hard to make hand-drilling practical; however, pitons came in handy.

We first did a warm-up climb on the central ramp on the north face of Debre Gundo, with two pitches of easy but runout roped climbing and 500’ of fifth-class brushy scrambling and fun, easy soloing: Burrs in My Shu-Ho (800’, 5.8 R/X), an homage to the abundant polyester-gripping seeds of the route’s native foliage. 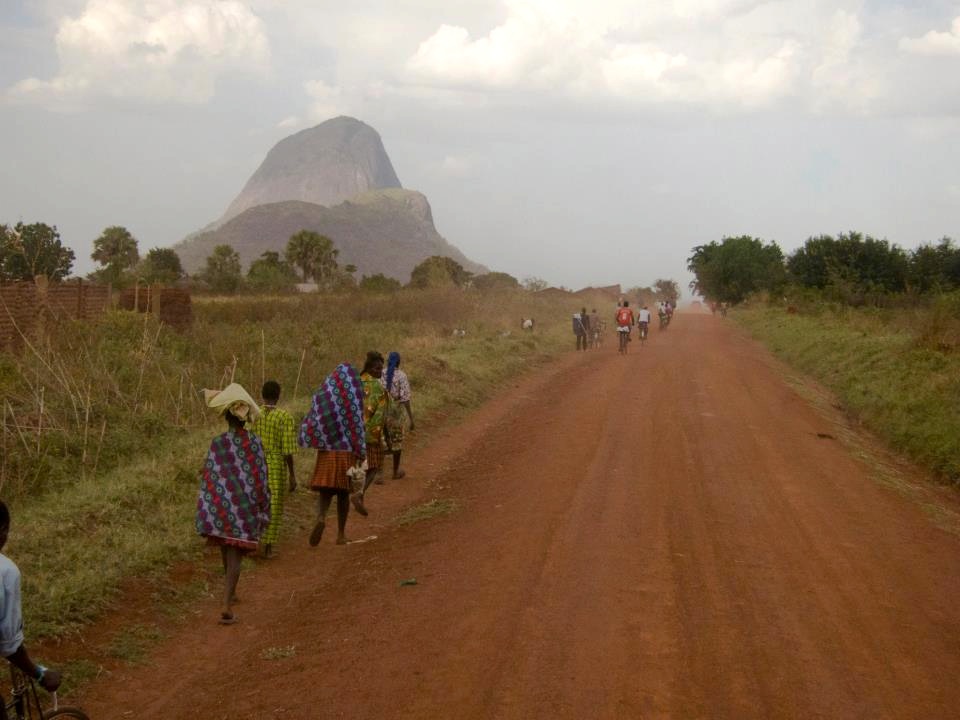 From this first summit, we gained a clear view of the lower southeast buttress of Samayata, the range’s highest peak. After a daylong reconnaissance hike, we picked a line up the right side. We hiked back the next day with our gear and made sleeping arrangements in the house of a friendly Tigrinya man, unaware that a wedding celebration would occur the next morning in his house. Our climb was delayed by a breakfast of injera and the blood and intestines from a freshly slaughtered goat, which provided some excellent sending energy.

Our line followed 11 pitches of discontinuous face features and ledges, with long runouts. Extended gardening sessions on lead and our late start left us climbing the last two pitches by moonlight. We stopped upon reaching a ridge one to two pitches beneath the lower buttress’ summit, where the climbing became steeper and more runout than we were prepared to handle. We made eight long rappels down the chossy gully on the other side of the ridge and named our partial new route 11 Pitches to Nowhere (5.10 R/X).

In our travels, Dan and I learned that climbing in Tigray requires extreme patience and a willingness to venture into the unknown. There is absolutely good climbing to be had in this region, but you’ll have to work to find it. Climbing really becomes a secondary pursuit, as this region will take you through places few others ever travel, where you’ll meet some of the friendliest and most hospitable people anywhere.