From November 10 to 13, Li Zhongli and I made an alpine-style ascent of the south face of Siguniang (Yaomei Feng), the highest of the Siguniang Shan (Four Girls Mountains). I first tried the line in October 2006, retreating from the base of the wall, as it was too early in the season, and rockfall was constant. In November 2008 I tried it again with Gu Jie. We reached 5,700m but gave up due to an incoming storm. In November 2009 I was back with Luo Biao, Dili Xiati, and Li Zhongli. We climbed the line to the southwest ridge, but at 6,100m the risk of frostbite from a strong, cold wind drove us down. That same day Yan Dongdong and Zhou Peng reached the top after climbing Free Spirit (AAJ 2010).

For my fourth attempt Li and I used porters to help establish base camp at 4,500m on November 4. From then till the 7th it snowed continuously, depositing 50cm at base camp. We waited until the 10th, then set out on our attempt, spending that night a short distance below the bergschrund, at 5,150m. Next day we set off at 4:30 a.m., following the couloir climbed by Free Spirit, to a height of 5,500m, where we slanted left up steeper, snow-covered rock to reach the south buttress above 5,600m. At the top of the buttress we slanted left below the big serac and camped above it, at a comfortable spot on the southwest ridge at 5,900m.

On the 12th a strong wind confined us to our tent, but on the 13th we set out at 4:30 a.m. for the summit. Three pitches of 60° ice were followed by three mixed pitches above 6,000m. Two pitches traversing the sharp ridge above led to the large summit crest. There we traversed right for one pitch and then climbed directly to the summit up an ice gully. We arrived on top at 11:30 a.m., discovering a huge snow hole dug by the French pair who climbed the northwest face in October. It took us five hours to regain our camp at 5,900m.

Next day we made 18 rappels straight down the south face and walked back to base camp. On the 15th we were in Rilong. We named our 1,100m route Liberation (AI3+ M4).

Editor’s note: Liberation follows a similar line to the 2006 French attempt by Philippe Batoux and a Young French Alpinists Group, who fixed 500m of rope on the first section. At 5,500m, where Li and Sun slanted up to the crest of the south buttress (climbed directly in 1992 by a Japanese expedition, led by Yoshimura, which fixed 600m of rope), the French continued on the right flank of the buttress and over the top of the large serac to the crest of the southwest ridge. Here they followed the Japanese route along the crest to above 6,000m, where they were turned back by a horizontal rocky section covered with fresh snow and impossible to protect. 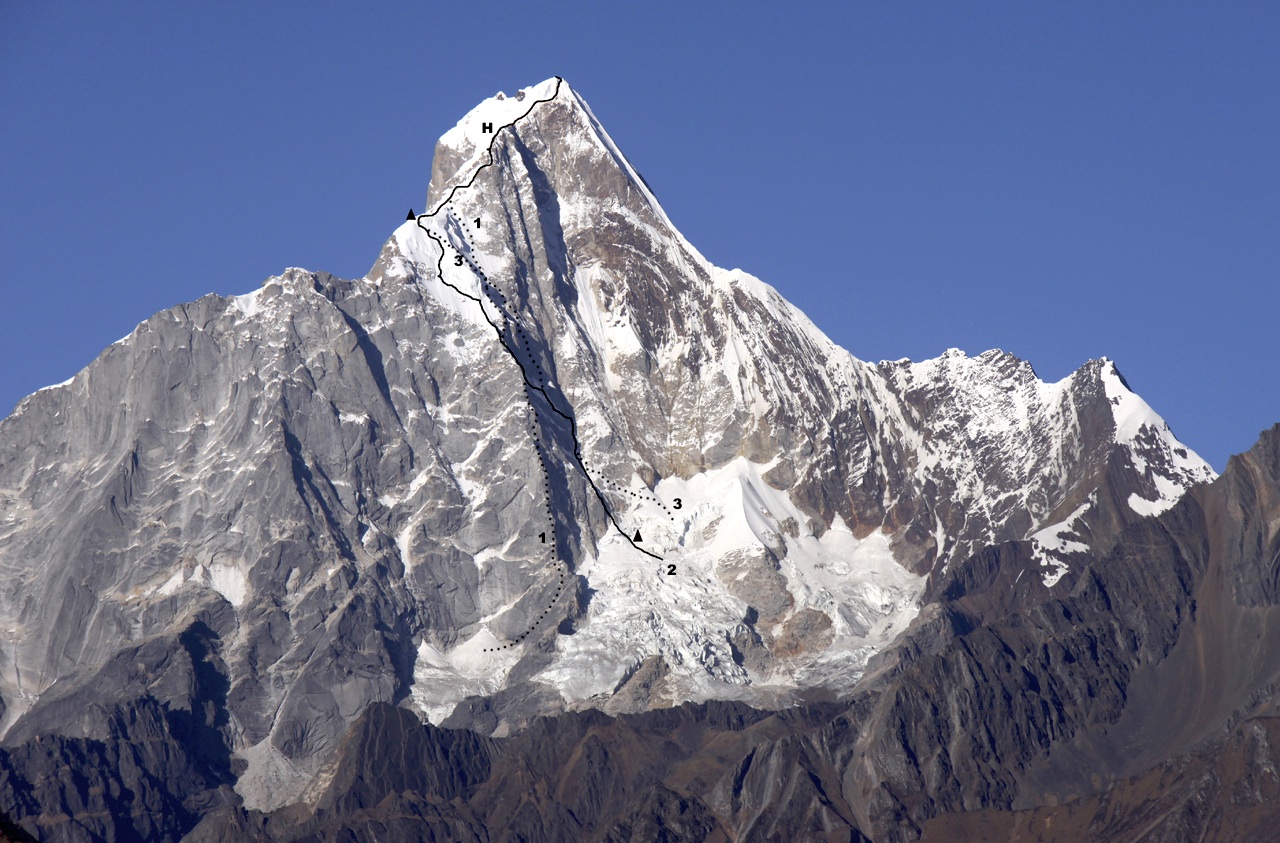 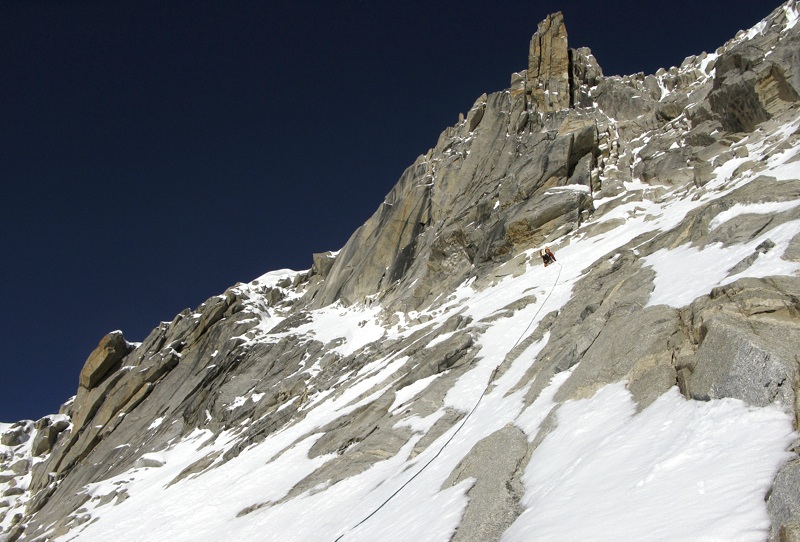 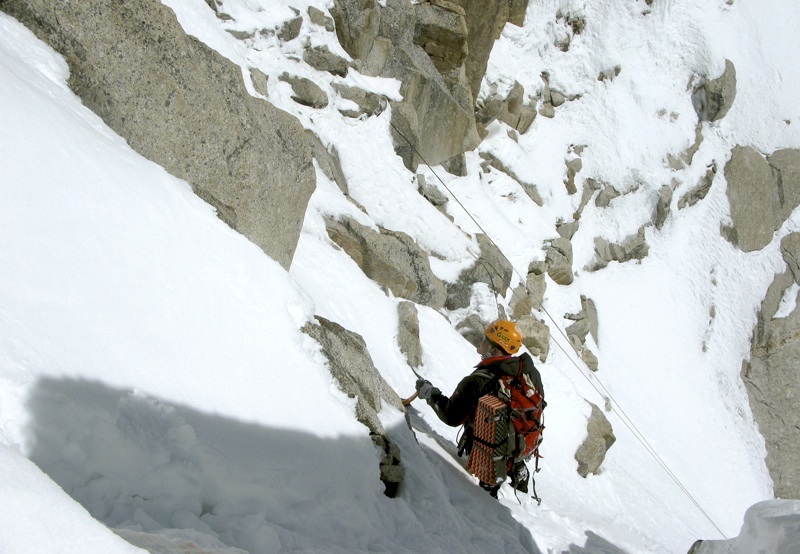