Changwatang (6,130m), east spur and northwest ridge. The Limi Valley, in a hidden corner of northwest Nepal, is an exotic place. It has a community comprised of three ethnic Tibetan villages—Jang, Waljie, and Til. These villages are difficult to reach from Nepal and completely cut off during the long months of winter. A forgotten valley.

On September 20, 2011, a dramatic change came to Jang. For the first time a truck loaded with merchandise reached the village, marking the opening of a road from China that passes over the ca 5,000m Lapche La. Several days later a convoy of trucks and a few jeeps carrying Chinese officials crossed the border. An offering was made to the Jang gompa, and there was a celebration to mark the beginning of the harvest and of a new era.

For our small group heading to Changwatang, this was a considerable surprise. From our perspective as trekkers we saw the road as offensive, something marring the landscape. However, it forced us to reconsider our egocentric perception of the world and to accept other realities, to try to understand the differing values of others. One world had died, and another was born with a burst of energy. Things change, and that’s how it is. Paths were never created for the small world of trekkers. Perhaps it will be necessary to create new routes for foot travel in the Limi Valley, so that tourism can develop.

Located to north, a few steps from the Chinese border, Changwatang is more interesting than its modest altitude suggests. The mountain offered several pleasant surprises, including a climbing route with alpine character. We followed a beautiful glacier along the northern flanks, then climbed an east-facing snow spur to the crest of the northwest ridge, which led easily to the summit. There was an exceptional view toward Gurla Mandhata and a region of huge unknown peaks. We descended the northwest ridge to its base, then went west around a subsidiary peak to regain base camp in the main valley [Editor’s note: Although Changwatang was not officially opened until 2002, it received an ascent two years before by four Japanese and two Sherpas, led by Tamotsu Ohnishi. It is believed this party climbed the northwest ridge integrally, approaching from the west and placing a high camp at 5,730m. In 2008 Michihiro Honda’s Japanese expedition made the second ascent, via the south ridge.]

Between Simikot and Changwatang, the Limi massif offers more than 16 peaks above 6,000m and countless glaciated lower peaks and unnamed passes. Every one of these summits is unclimbed, and there is the possibility of a high-altitude traverse from here north to Changwatang. Aside from alpinism, Changwatang is an invitation to step into another world. It is a good reason to visit a rarely seen region of Nepal, where kids don’t hassle you for pens or pencils as you pass. 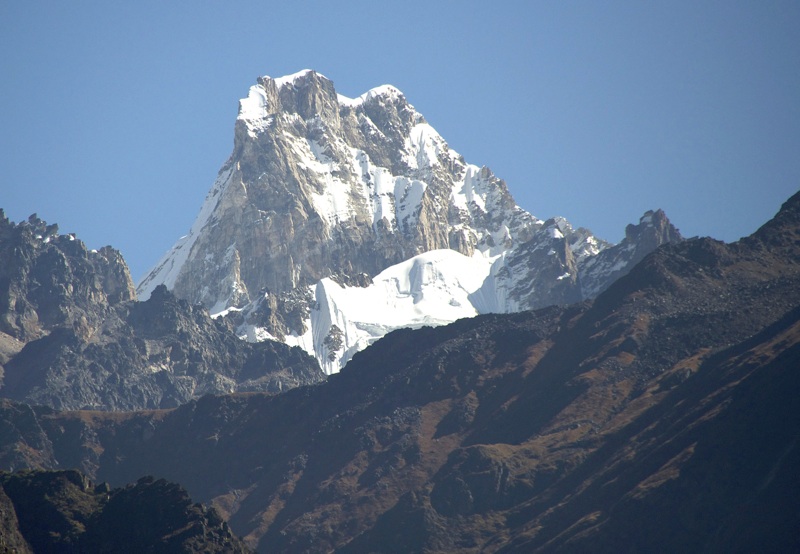 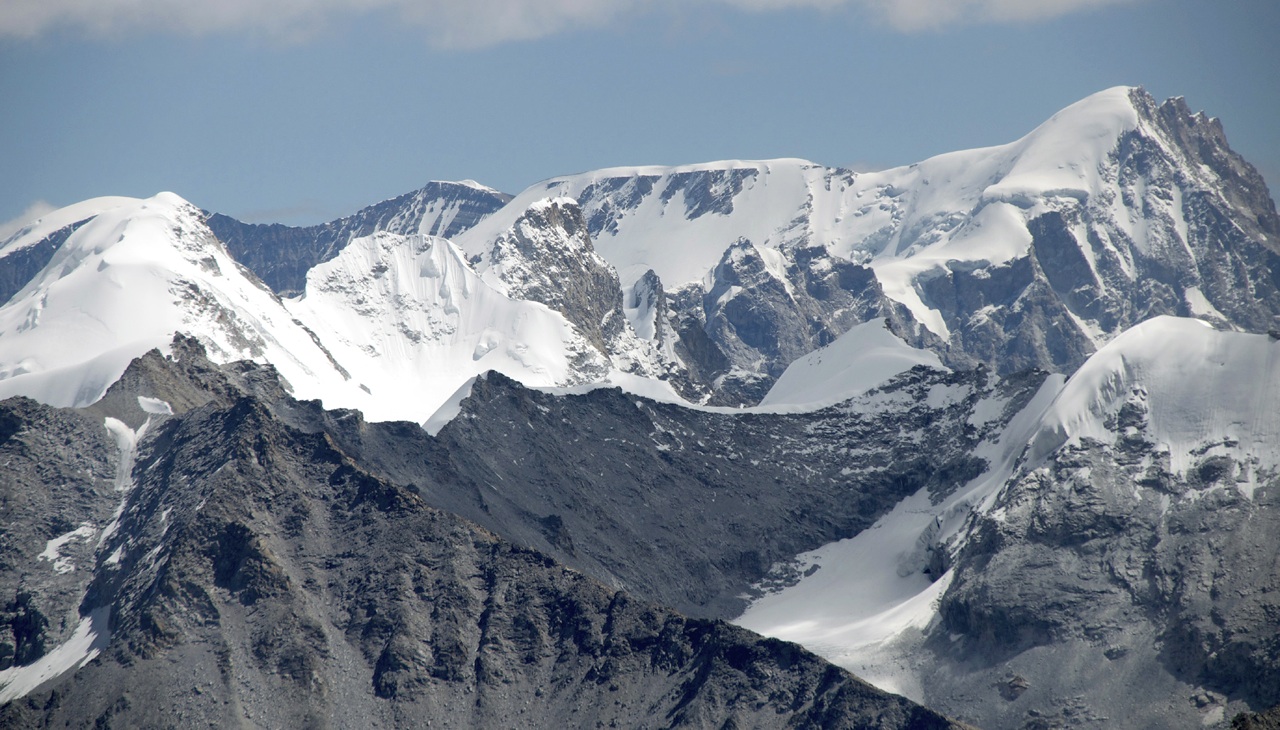 Unexplored peaks of Chandi Himal astride Tibetan border, northeast of Changwatang. These summits rise to ca 6,200m and have large glaciers on Tibetan side. Range continues east to frontier pass of Chang La.
Paulo Grobel
Previous Next

Unexplored peaks of Chandi Himal astride Tibetan border, northeast of Changwatang. These summits rise to ca 6,200m and have large glaciers on Tibetan side. Range continues east to frontier pass of Chang La.
Paulo Grobel
Previous Next