Reru Valley, various ascents. In August nine young climbers from Geneva, with guides Stéfane Schaffer and I, climbed three new peaks in the Reru Valley. From Leh it took three days by vehicle to reach the village of Reru, from where we took horses, yaks, and porters for our approach to base camp. We’d hoped to walk along the left bank of the Reru Nala to reach the entrance to the second side valley on the right, but after two days of trying to find a way across moraines, we gave up, came back, and started up the true right bank, eventually establishing our camp at 33°10'15.84? N, 76°59'38.16? E in the Katkar Valley at 4,470m [see map in AAJ 2010].

With the help of our Nepali guide Pekma Lama Bothe and a porter, we made Camp 1 on the moraines of the Katkar Glacier at 4,983m (GPS). Many summits were available, from moderate to hard, and we could have stayed there all summer. It appeared that the best way to reach the upper glacier was to cross the lower section to the western edge and work back east once on the upper plateau.

On August 12 Laurence Di Florio, Frédéric Dupraz, Jiri Minar, Olivier Messerli, Schaffter, and Grégory Trolliet set off for a summit. Walking to the end of the moraine, they donned skis at 5,250m and in difficult snow reached a point estimated to be two hours from the top, when deteriorating weather drove them back.

Bad weather lasted for six days, and 50cm of snow were deposited. Although this was good for the team in Camp 1, who could use skis beginning at the tents, we concluded that August was too late to be climbing in this area.

Four days before we were due to leave, Dupraz, Messerli, Trolliet, and I made an attempt on the summit immediately south of Skilma Kangri. However, we took the wrong access couloir to the ridge, finding ourselves way too far off the summit. Two days later Dupraz and Messerli tried again, climbing a different 400m, 45-50°, snow gully and turning a loose rock wall on the right, before following another gully to the ridge. From there it was a snow and rock scramble to the summit of Tong’a Miduk Ri (Hidden Peak in Ladakhi, 6,040m, 33° 8'26.93? N, 77° 1'40.57? E). 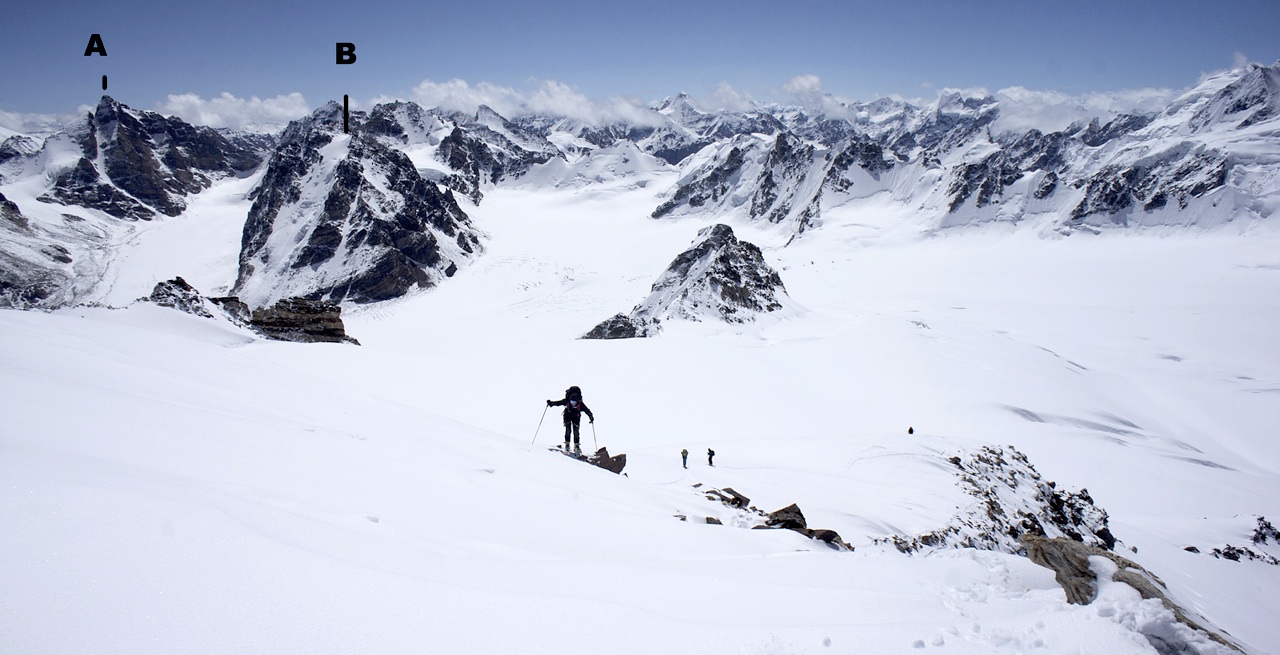