In 2010 I went to the Koh-e-Baba to explore cool-looking rock towers. Though I was able to reach two summits, East and West Ibex Ears, I was denied my goal of reaching the prominent tower in the group, the Ibex Horn, and just missed being crushed by massive rockfall (AAJ 2011).

Redemption. In early July 2011 I flew to Bamyan and met the same friends as the previous year. In three days I was back at base camp, almost one year to the day after the rockfall incident. Id tried two routes in 2010, on the north and west sides. Even when I was back home, I felt many strange emotions about how close I had been to death. My goal this time was to find the fastest and safest route to the summit, if such a way existed.

In 2010 I'd climbed a couloir system to the East Ear, which is connected to the ridgeline of the Ibex Horn. From this high vantage point, I saw good systems on the west side that would make a great route. It proved to be really nice. I took a couple of ropes and a rock rack and started up the couloir. There was fun climbing for 1,200', steep enough that any fall would prove disastrous, but solid conditions brought me to the stone. I left my ropes and rack and went back to base camp. The following day I brought up bivouac gear to my high point, and where the ice ended, I rope-soloed two pitches and bivouacked.

Next day I set off for the summit, climbing two more pitches and traversing left and north to another couloir, which went up for 400'. I found myself on easy terrain, traversing a ridge toward the summit using a combo of conventional and continuous-loop rope-soloing. I stood on top by late afternoon, having climbed a 2,500' route at V 5.9 Al WI2.

I had to rope-solo the descent, eventually rappelling to my bivouac spot, where I spent another night. It was my third attempt on the summit, and as the saying goes, “third time’s a charm.” I went back to Kabul as fast as possible and bought a plane ticket to Urumqi, China, looking forward to more adventure. 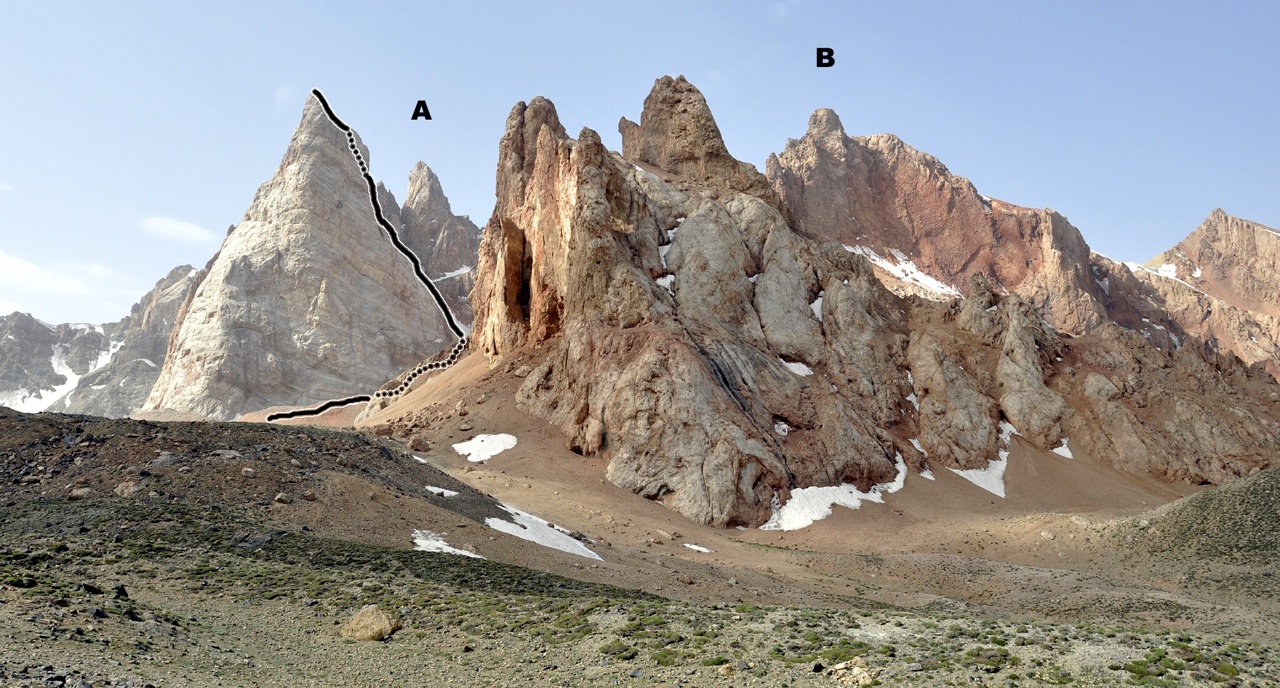