The Saryshitcharv River flows south 20km from the Shakhdara Range to meet the Oxus River at the village of Shitcharv, directly opposite the Raij Jurm Valley in Afghanistan’s High Hindu Kush. Its head is enclosed by a horseshoe of summits: Pik Moscow Olympic Games, Pik Marshall Grecko (6,105m), Pik Baikonur (6,091m, formerly known as Djarv), and Pik Armed Forces (6,138m, formerly Pik Soviet Army). These peaks were first climbed by Soviets in 1976, and hard routes were created on the northern flanks, notably the north face of Moscow Olympic Games, climbed in 1979.

Our 2009 expedition started from Shitcharv (2,800m, population 300) and followed a good shepherd’s trail to 3,600m. We camped at 3,400m; at the confluence of the Saryshitchary and Rostoshitcharv rivers; at 3,600m where the Saryshitchary splits; and at 4,000m, on a grassy meadow; before reaching a good base camp site at 4,350m, alongside the river in the heart of the cirque. The snow line was at 4,500m.

We took five or six hours to climb over moraine slopes to a snow plateau southeast of the south ridge of Moscow Olympic Games, where we made Camp 1 at 5,000m. Next day, July 12, Vladimir Sojak and I climbed for one hour to a 300m snow face, which we followed to the crest of the ridge at 5,500m. We followed the crest up right to the rocky pyramid forming the summit. The views were extensive: Baikonur to the north, nearby Armed Forces and distant Piks Karl Marx and Engels to the east, and Mayakovsky to the west. It took two and a half hours to descend to base camp and a further two days to reach Shitcharv.

The route was Russian 2B (45-50°). There is no record of an ascent in the Clasificator, the main Russian information source, but I don’t believe our route was entirely new, as it is the easiest way to the summit, and a similar line was likely followed in the 1970s. Other team members were Ruda Cerny, Marek Erban, Ladislav Szilagyi, and Fanda Ulrich. More photos, maps, and information (in Czech) are available at www.zdenda.net. 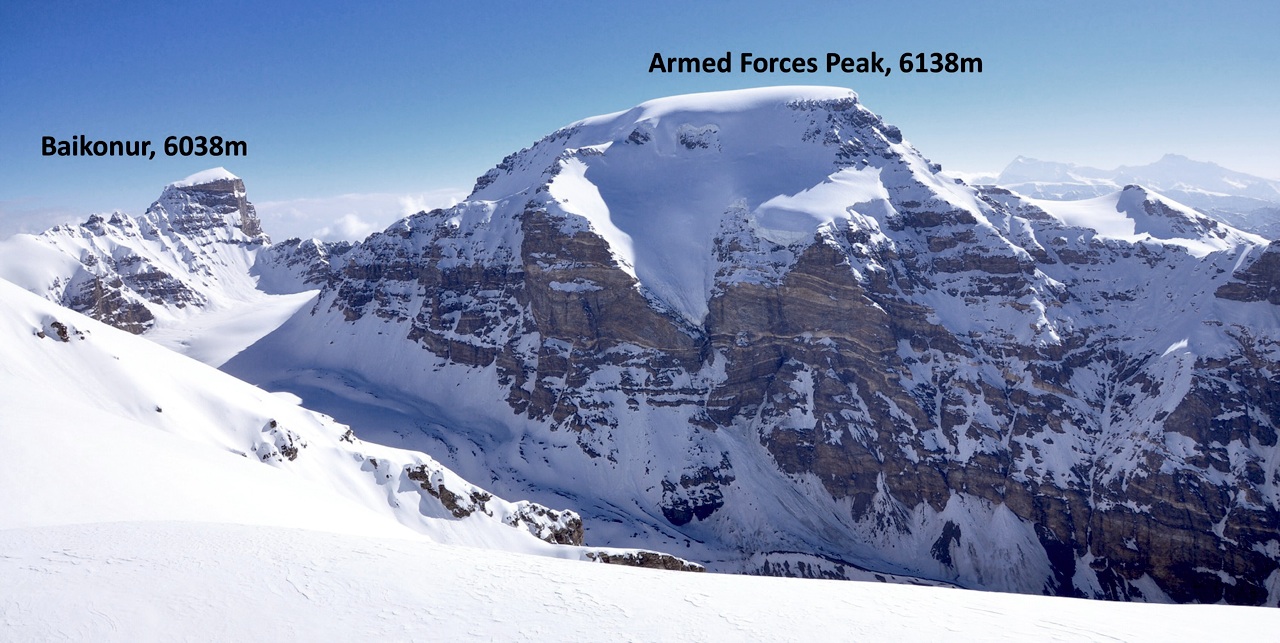 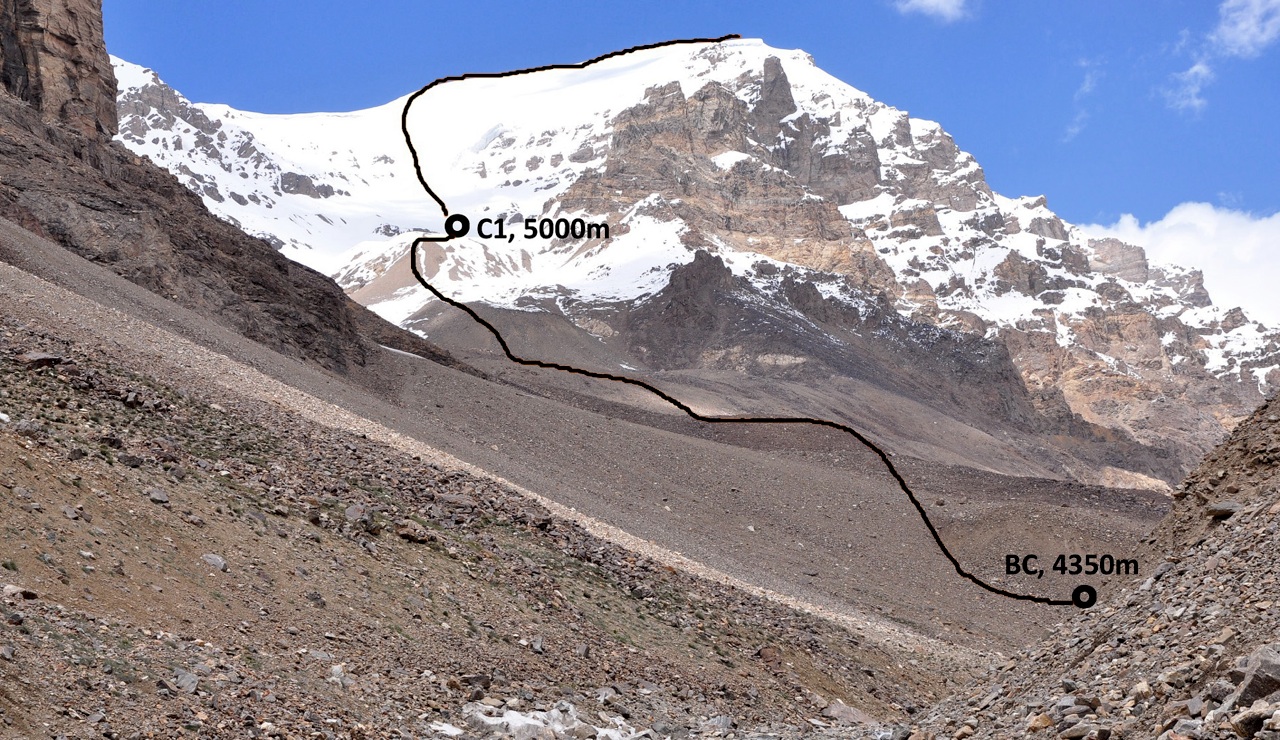