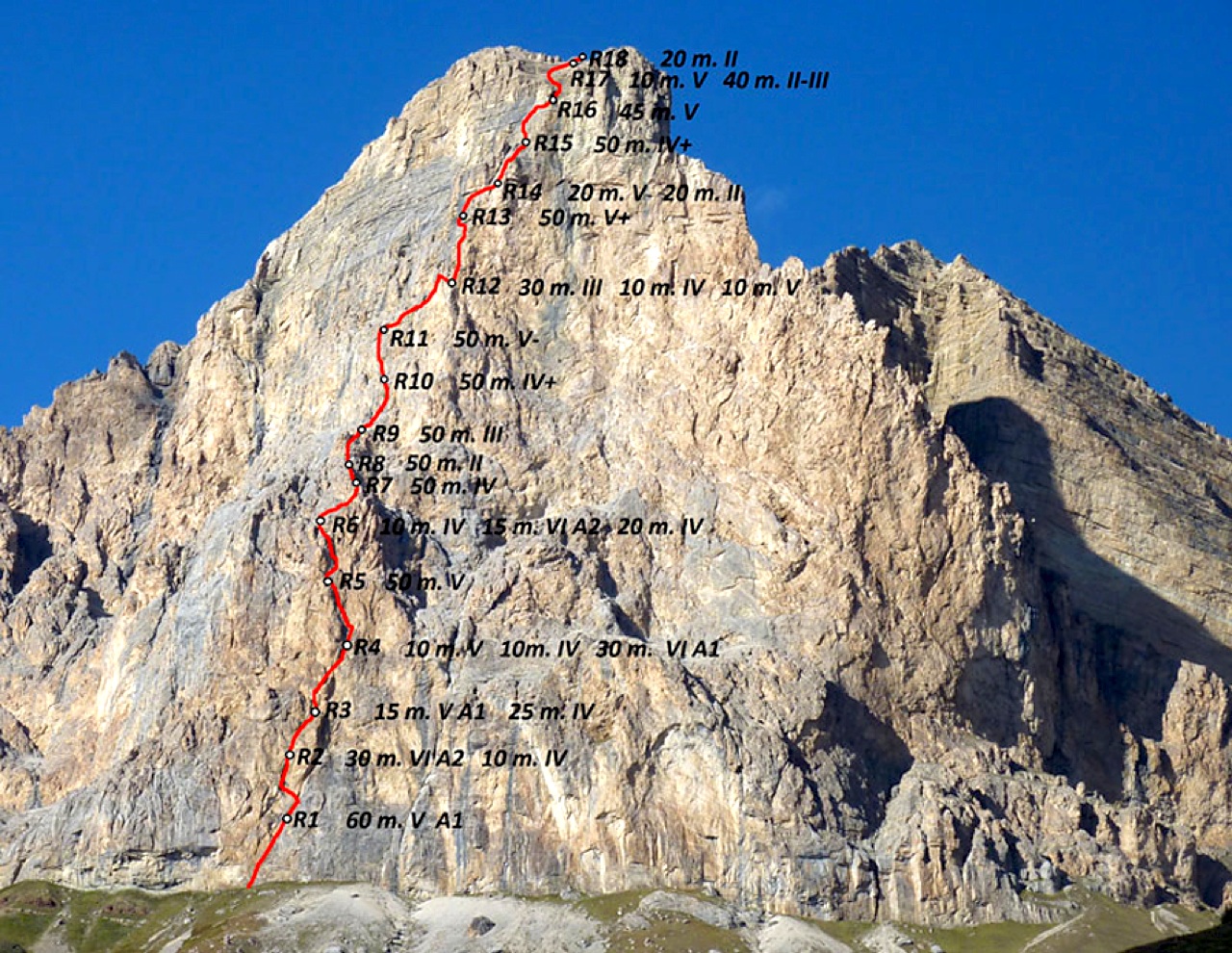 I love first ascents. You climb with no hurry and in good company. You think creatively, choosing the line. You are the one who decides whether to use bolts or not. A special pleasure is to make the first ascent of a wall, finding the most beautiful line.

This fall, as is tradition, we went to the Rocky Ridge (similar to the Dolomites), north of Bezengi Village. Our aim was Kara-kaya West, a peak with no previous technical alpine routes. Even the name of the mountain was not clear to us at first. Various maps and local people give it different names. I saw this mountain in 2009, while making the first ascent of Land of Mist (6A) with Alexander Lavrinenko and Maxim Polyakov on Kara-kaya Main (3,646m). Our eyes constantly turned toward this virgin wall with a fine profile. The buttress in the center of the southwest face resembled the prow of a sailboat and led directly to the summit—a majestic and logical line.

The team was Roman Kotlyar, Eugene Timko, Alexander Zakolodny, and I, and the route went quickly: two days up the moraine, a day of fixing, two days to the summit. The wall is 500m high, and we climbed 18 pitches, at an overall grade of 5B. [The topo grade is VI and A2. In the Russian system VI does not explicitly signify a free grade but the level above which it becomes faster and safer to use aid on a first ascent.] If you go light, you can climb it in one day. We wanted to do the climb without bolts, and we succeeded, although we were unable to climb it completely free, using aid for a total of 40m.

The day after completing the route we went to look at the walls of nearby Ak-Kaya. We admired the existing routes and the potential for first ascents. However, September weather was unstable; that evening it started raining, and lightning flashed over the main Caucasus chain, and it was time to go home.

It amazes me that in the Central Caucasus, so well explored, one can still find peaks with untouched 500m walls close to roads and villages.