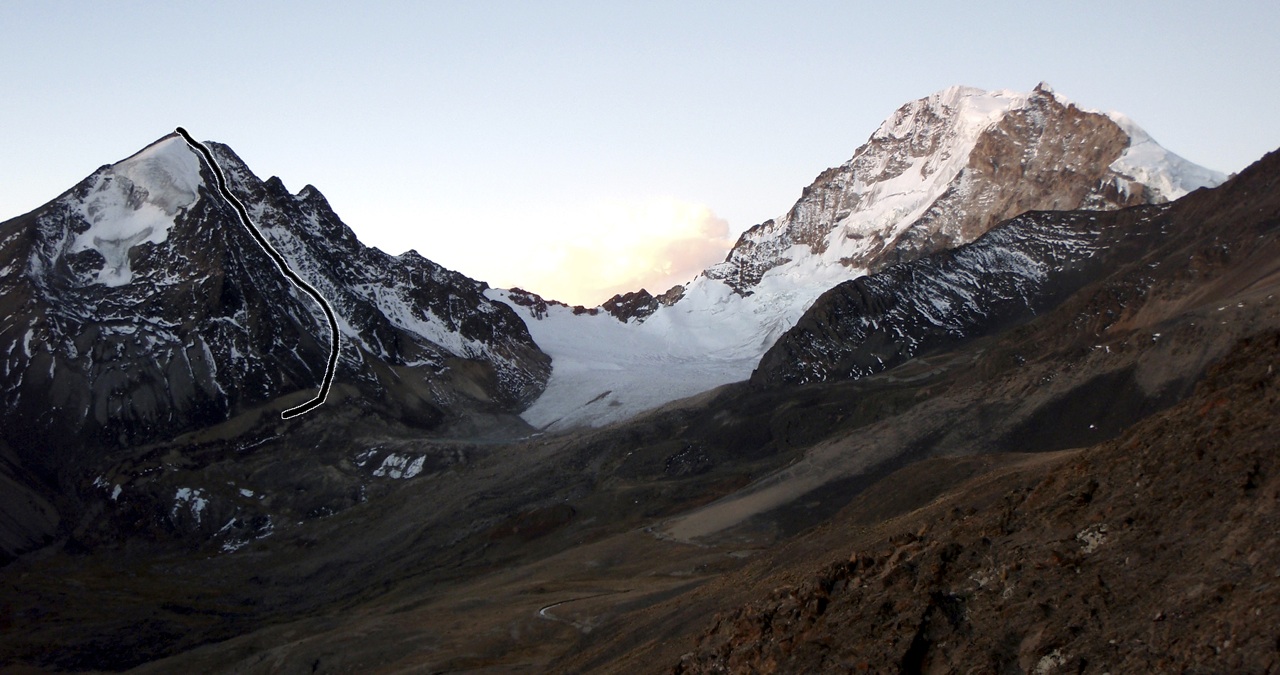 In August 2009 Andy Baker, Jack Grinsted, and I climbed the obvious left-trending couloir on the southeast face of Maria Lloco (5,523m), a striking subsidiary peak west of Huayna Potosi. The finish involved three steep ice pitches up the headwall, exiting right of the rocky summit. The feature is conspicuous, and it would be a surprise to find it had not previously been climbed. However, there appears to be no recorded ascent.

In June 2011 Baker and I climbed a new route up the south face of Point ca 5,600m on the southwest ridge of Huayna Potosi. The route is steeper and more demanding than the Yugoslav route on the left side of Huayna Potosi’s west face but is much shorter. There were sustained sections of 80°, steps of 90° ice, and mixed climbing up to M4. The upper half of the face was continuously steep and nearly all the pro was good rock placements. I was surprised with the quality of the rock, although I’m sure that in leaner years there would be plenty of choss hiding in the gullies. The nine-pitch route was D+. We descended the southwest ridge, completing the roundtrip in 16 hours.

In the Serranis Mirillo or Hampaturi Group, not far from La Paz, my wife Sal and I climbed the unnamed summit to the northeast of Cerro Tigra Killa by the rocky southeast ridge. We noticed a surprising amount of quality ice in this valley and the one immediately south, including several one- and two-pitch frozen waterfalls.