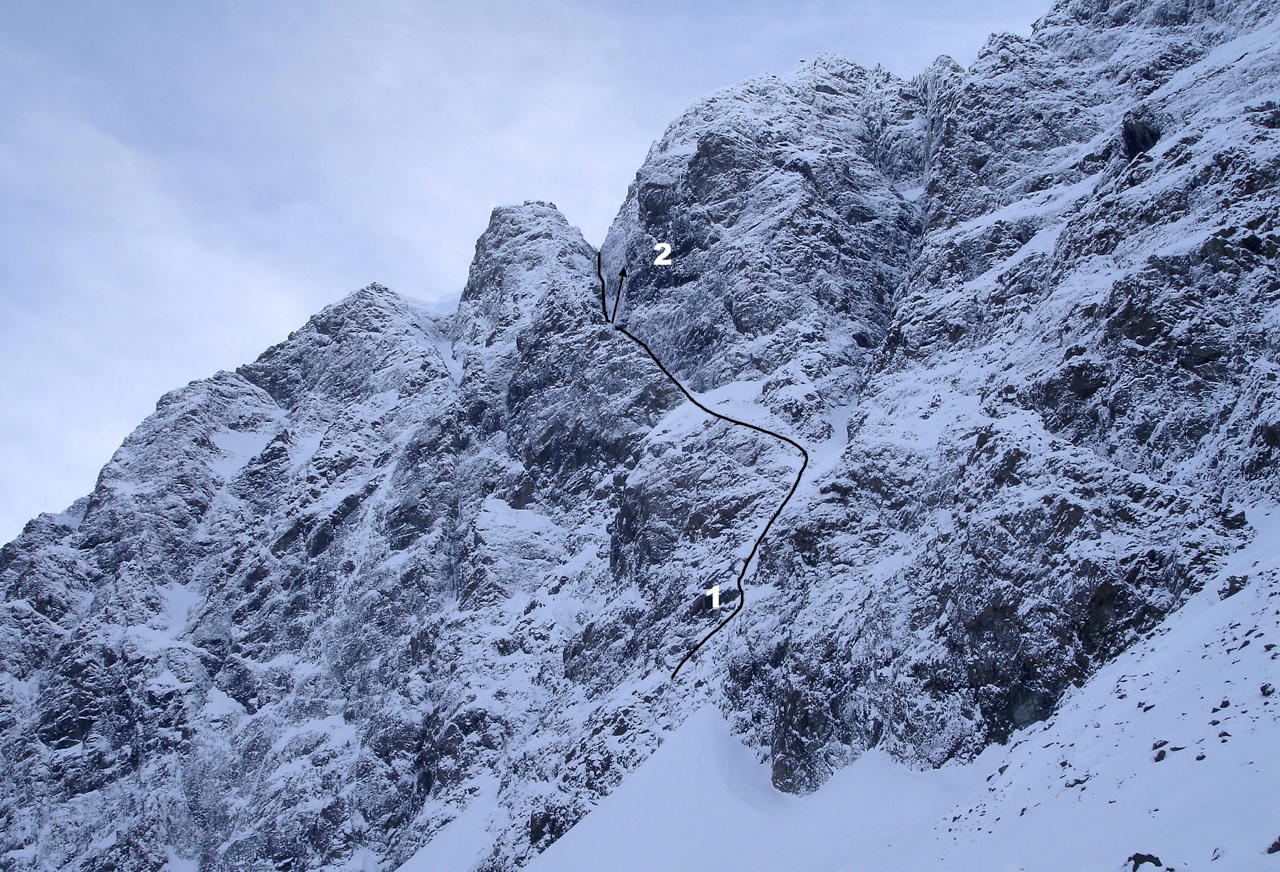 In October John Kelley and I headed back to Mt. Yukla to climb the North Couloir and check out an appealing smear that intersects that route at two-thirds height. John, Ben Trocki, and I had climbed the North Couloir the previous September, but the smear wasn’t formed at the time. This time, though, the smear looked to be fat. It leaves the couloir immediately after the couloir’s crux, 800m above the valley floor. An early start from the infamous boulder bivouac put us at the base of the smear around mid-day, and we climbed four pitches of sustained, run-out AI4/5 before bivouacking. We each carried a light sleeping bag, but with no bivouac sack my down bag quickly turned into a sheet filled with down balls. Dawn finally arrived, and we brewed up with the last remaining fuel. That day, October 10, we climbed eight more sustained pitches, before the angle kicked back, and 180m of simul-climbing saw us on top. Our line, which went at V M5/6 X AI5 X, tops out less than 10m from the summit. We walked through the night under a great display of northern lights, returning to the boulder bivouac at 10 a.m. next morning, three hours after I was supposed to be at work, after a 50-hour roundtrip. We dubbed the route No Call, No Show.