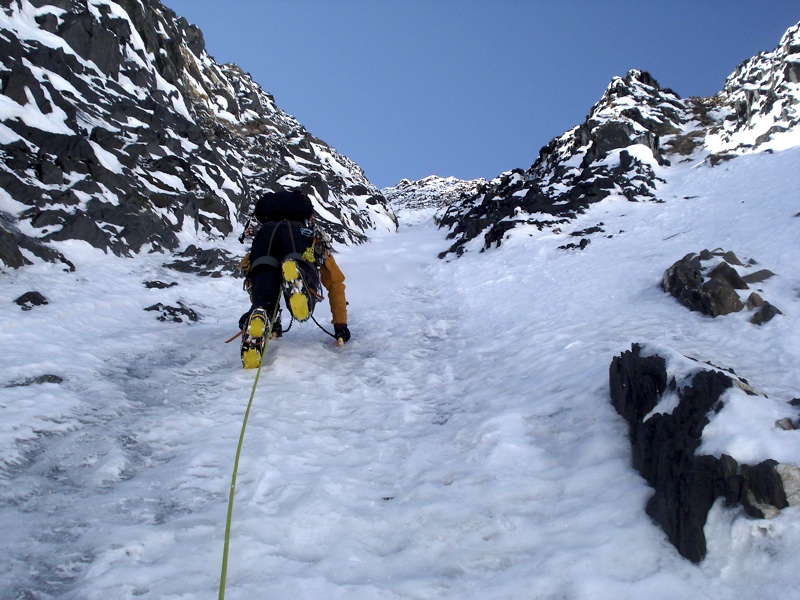 library. Scouring expedition reports, Chris Johnson, Neil Warren, and I were unable to find a report of an ascent of the west ridge of Mt. Hayes and decided it would be a great objective. It looked long, moderately difficult, committing, but possible. We were also aware that a party had been in the area the previous year, managing first ascents of the west face direct of Mt. Hayes and the northeast face of Mt. Balchen. There looked to be plenty of scope for other routes on both mountains, but information was hard to come by. From discussing our proposed lines with local gurus, we learned that Hayes’ west ridge had been climbed from the Turkey Glacier in the 1970s. Local climbers apparently don’t record many of their ascents, allowing others the pleasure of “second first ascents,” a good way of keeping adventure alive. We decided to stick with our plan of climbing the west ridge from the Hayes Glacier. It would be a full-on outing, with 17km of crest if we descended the north ridge. In the end we were unsuccessful, and instead investigated several ski descents and climbed two neighboring mountains.

The first was Skarland (3,145m/10,315'), which we climbed by the southeast ridge. Though not steep, it proved slightly precarious due to poor snow. We’d hoped to ski from the summit but at 2,800m met hard ice and left the skis there while we climbed to the top. The ski descent from 2,800m was superb. The ridge was first climbed in April 1976, by Americans Dave Davis, Dakers Gowans, and Keith Hansen, making the second ascent of this fine, pointed snow peak.

Just before our leaving date, Neil and I climbed a direct route through the mixed rocky section of Geists northeast face. The face has been climbed several times, though the only references we found point to a line up the obvious snow slope/couloir toward the left side, originally climbed in May 1974 by Dusan Jagersky and Bill Sumner, making the first ascent of the mountain.

We completed the 1,000m face and descent of the north ridge in 22 hours from camp. The ascent involved good 55-60° névé, tricky mixed climbing through rotten schist, sections of ice, and some of the steepest snow we’ve encountered. Protection and belays were often poor.

On the summit ridge we met with a scary traverse over and around cornices, a little à cheval, and nothing in the way of protection before reaching the summit—similar conditions to those experienced by the 1974 party. The overall grade of the ascent was TD+. We rappelled the north ridge, from a mixture of snow bollards and Abalakovs. Next time we’ll take a stove, as one liter of water wasn’t enough. Many thanks to the BMC, MEF, Alpine Club, and Berghaus Adventure Challenge Award for financial assistance.