Forty-Two Years Ago Much of the Climbing World Exploded in Rage When 400 Bolts Were Added to an Icon. This Year it Exploded Again When Many of Those Bolts Were Removed. Have We Learned Anything? 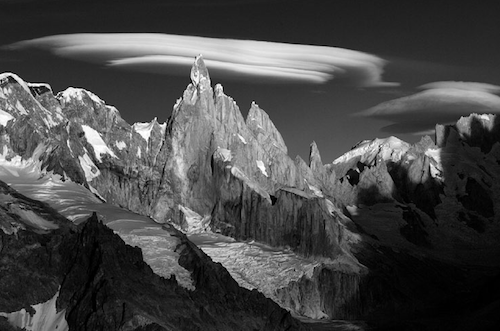 In one week last January, the most beautiful spire in the world saw two historic ascents. It also experienced more controversy than it had since 1970. What happened?

On January 16, Hayden Kennedy and Jason Kruk made the long-awaited first “fair means” ascent of Cerro Torre’s southeast ridge—eschewing the use of the hundreds of progression bolts that had been placed in 1970 with a gas-powered compressor. A few days later, Austrian climbers David Lama and Peter Ortner also climbed the southeast ridge, also by fair means, with Lama freeing the route via a two and one-half pitch variation to Kennedy and Kruk’s line (which included short sections of aid). These ascents were universally lauded.

The controversy erupted because on their descent Kennedy and Kruk removed 120 bolts from the “Compressor Route,” including all the progression bolts on the headwall (they left the anchors in place, reasoning that the alternative would become a rat’s nest of webbing, pitons, and nuts). In a few hours, the most popular route on the mountain was gone. Kennedy and Kruk were threatened with violence, online warriors called them every conceivable name, a prominent Italian blogger compared them to the Taliban, and the police in El Chalten briefly detained them—in part, they said, to protect the climbers from harm (an angry mob had assembled around their rental apartment in town).

Nobody could have imagined this in 1968, when the southeast ridge was first attempted. Martin Boysen, Mick Burke, Pete Crew, Jose Luis Fonrouge, and Dougal Haston reached a highpoint halfway up the peak, connecting natural features without placing a single bolt. The turning point came two years later, when Italian climber Cesare Maestri placed more than 200 bolts just to equal the 1968 Argentine-British highpoint.

Maestri continued, retreating some 60 meters below the top (Steve Brewer and Jim Bridwell completed the route to the summit in 1979). He left behind his 300-pound compressor and a trail of 400 bolts.

This wasn’t a matter of different standards for a different era; Maestri’s antics were globally decried at the time. The use of bolts was and still is generally accepted for connecting otherwise un-protectable features. Indeed, both of the 2012 “fair means” ascents used several in-situ bolts placed during previous attempts by other parties. These multiple alternatives weave near the Compressor Route to connect natural features, features that Maestri could have used. But he chose to bolt his way up blank rock instead. That’s what few climbers have defended, even in 1970.

Most climbers revere the beautiful places we venture; we respect the mountains we love. So why the controversy over removing the bolts?

One of the most strongly held views was that Kennedy and Kruk had “erased history.” But how is this possible? Hasn’t the removal of the bolts in fact added a new chapter to history?

Others called it vandalism. But is vandalism placing hundreds of unnecessary bolts, or is it removing them?

Many complained that they’d dreamed of summiting Cerro Torre, and now it was out of reach. But does any of us have an inalienable right to summit anything? Does the notion of personal impossibility threaten or inspire us?

Emotions flared over what is “fair.” If anyone is free to place a bolt, does that leave anyone free to remove it?

Many have said that only “locals” have the right to erase a route by chopping its bolts. But who is a local in a place where international climbers have written all aspects of a mountains history? Should the default be to leave a contentious installation or to remove it, especially when the latter is far closer to the mountain’s original, non-controversial state?

Regardless of one’s views on the bolt removal, this much is fact: The southeast ridge of Cerro Torre is cleaner than it has been since 1970. And this much is also fact: Last January, young climbers left their mark on one of the world’s legendary peaks. Here are their stories.

Kelly Cordes has been the AAJ’s senior editor for 12 years. His 2007 link-up of the south face and the west ridge of Cerro Torre was a feature article in the 2007 AAJ, written by his partner, Colin Haley. Cordes is writing a book about Cerro Torre and its 2012 de-bolting.