In autumn, Peter Ackroyd, Sam McClary, and I hoped to make the first ascent of Tsartse on the east side of Hidden Valley, ca 10km northeast of Dhaulagiri. This peak is clearly visible from the Muktinath-Jomsom trail. Despite close proximity to the relatively major center of Jomsom, until recently there has been little climbing activity in the Hidden Valley. The highest peak of the Sandachhe Himal is Pk. 6,403m, followed by Tashi Kang (6,386m) and then Tsartse. Tashi Kang was first climbed in 2002 by Yasue Mogi (Japan) with Gyalzen Sherpa (other members stopped 15m below). It was climbed again in 2006 by Romanian Constantin Lacatusu and two Germans, Frank Muetzner and Goetz Wiegand. They continued over the summit to make the first ascent of Pk. 6,403m (naming it Pk. Europa), and also attempted Tsartse but were foiled by poor conditions.

We decided to tie our climbing into a circumnavigation of the Dhaulagari Group, eventually crossing the French Pass (5,360m) on October 25 and descending into the Hidden Valley, where the weather remained cold and windy. We established base camp at 4,860m on the eastern edge of the valley, not far from the river. Several hundred meters north (down valley) from our camp, a drainage ran west. Climbing up it, on the 27th, we reached the site of our high camp at the edge of a glacial lake (5,540m). From this point it looks straightforward to circumnavigate the lake, climb the glacier into the high basin out of which the four major summits rise, and pick a target. While we hoped to find a more direct route to the top of Tsartse, we understood that previous attempts had focused on reaching it via a traverse of Tashi Kang.

While acclimatizing, we explored a possible exit at the north end of the valley. We learned that a French team had left the valley this way, but our sirdar concluded that it was far too steep and dangerous for laden porters. The only alternative, bar a helicopter, is over one of two 5,000m passes.

We concluded that attempting the peak would take more time and energy than we had. We worried about getting out safely, so we abandoned the climb, crossed the Dhampus Pass (5,244m), and headed out to Jomsom, wandering up Dhampus Peak (a.k.a. Tharpa, 6,012m) on the way. From the summit we could see the site of our high camp and the access to the upper glacier. Realistically, unless you’re a strong party, you might want to put an additional camp in the high basin above the lake.

The road from Beni now reaches Jomsom and further north, and it won’t be long until it meets the road coming south from Lo Manthang, finally connecting China and India. The Hidden Valley offers relatively quick access to moderate climbing on 6,000m peaks. Some remain unclimbed, and there are many potential new routes on the peaks flanking both sides of the valley. 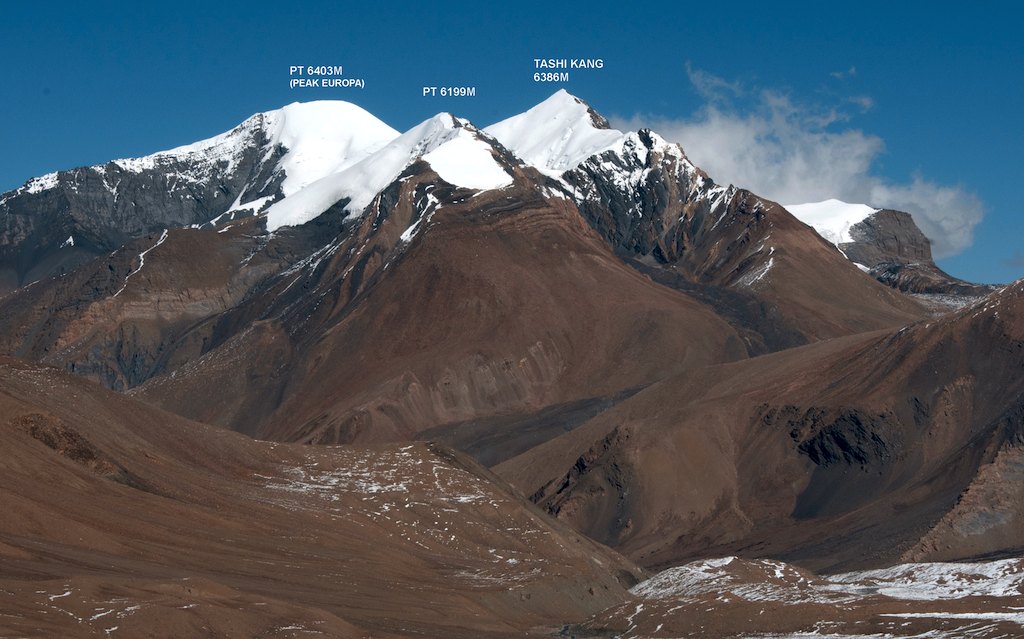