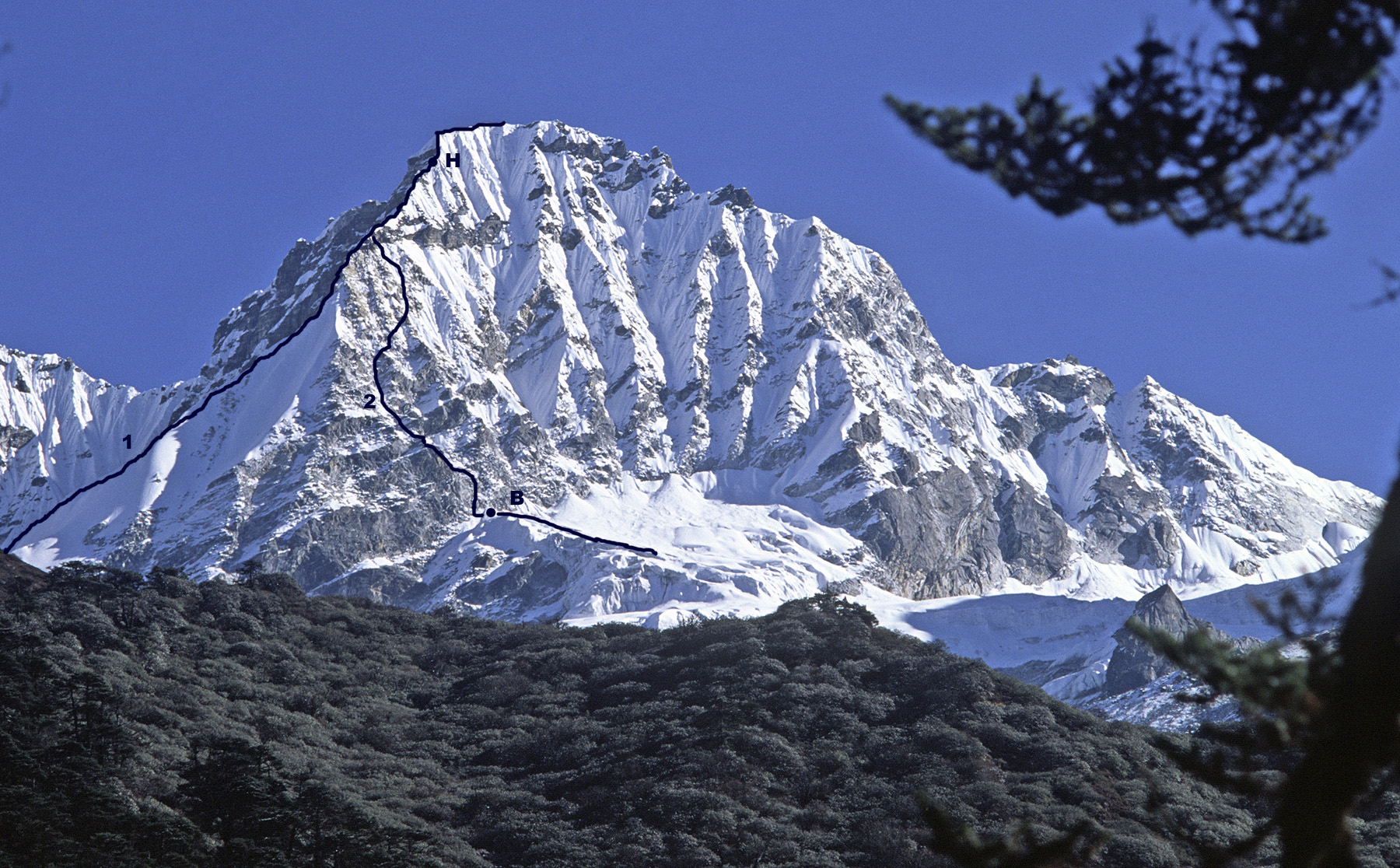 Jopuno, southwest face and west ridge, attempt; history and corrections. In the autumn of 2009 Julie-Ann Clyma and I were back in Western Sikkim and with Hugh Sheehan made an attempt on Jopuno. Although it became cloudy on many afternoons, we did not have a single day of precipitation. On November 7 we climbed the left side of the southwest face to gain the crest of the west ridge at the base of the black rock section. We climbed this until just below the snowy foresummit, but by this time it was windy and cloudy, and we did not have time or equipment to go farther. More than half our descent was made in the dark.

Since writing my article for AAJ 2008 (“Emerging from the Mists: the sublime alpine peaks of Sikkim, India”), I have discovered that the 2001 ascent did not follow the south ridge. It appears that Kunzang Butia and Sagar Rai climbed snow on the northwest face and, if I have understood correctly, encountered loose rock but did not traverse the main ridge to reach the highest point.

I also realized that WW Graham described climbing “Jobonu” in 1883. In the 1884 Alpine Journal he writes that it was “incomparably the hardest ascent we had in the Himalaya owing to the great steepness of the glacier work.” It is hard to imagine that Jopuno was climbed in 1883, but I would have thought that the west ridge would have been the line of choice in the pioneering days of alpinism. Nothing in his account fits the topography of Jopuno, and my current view is that he might have climbed the northwest glacier on Tinchenkang and mistaken it for Jopuno.

I began to wonder if the highest point of this mountain had been reached, but after helpful correspondence with Jason Halladay and Josh Smith, who made the first ascent of the west ridge in 2008 (AAJ 2009), I think it fair to say that these two Americans reached the summit of this ridge, which may be the highest point of Jopuno, higher than the summit at the top of the south ridge. Halladay notes that on top they were shrouded in clouds and graupel, but, from what he assumed to be the true summit, he began to follow the ridge toward the south summit. As it appeared to be the same elevation or lower than the point he was on, he turned back.