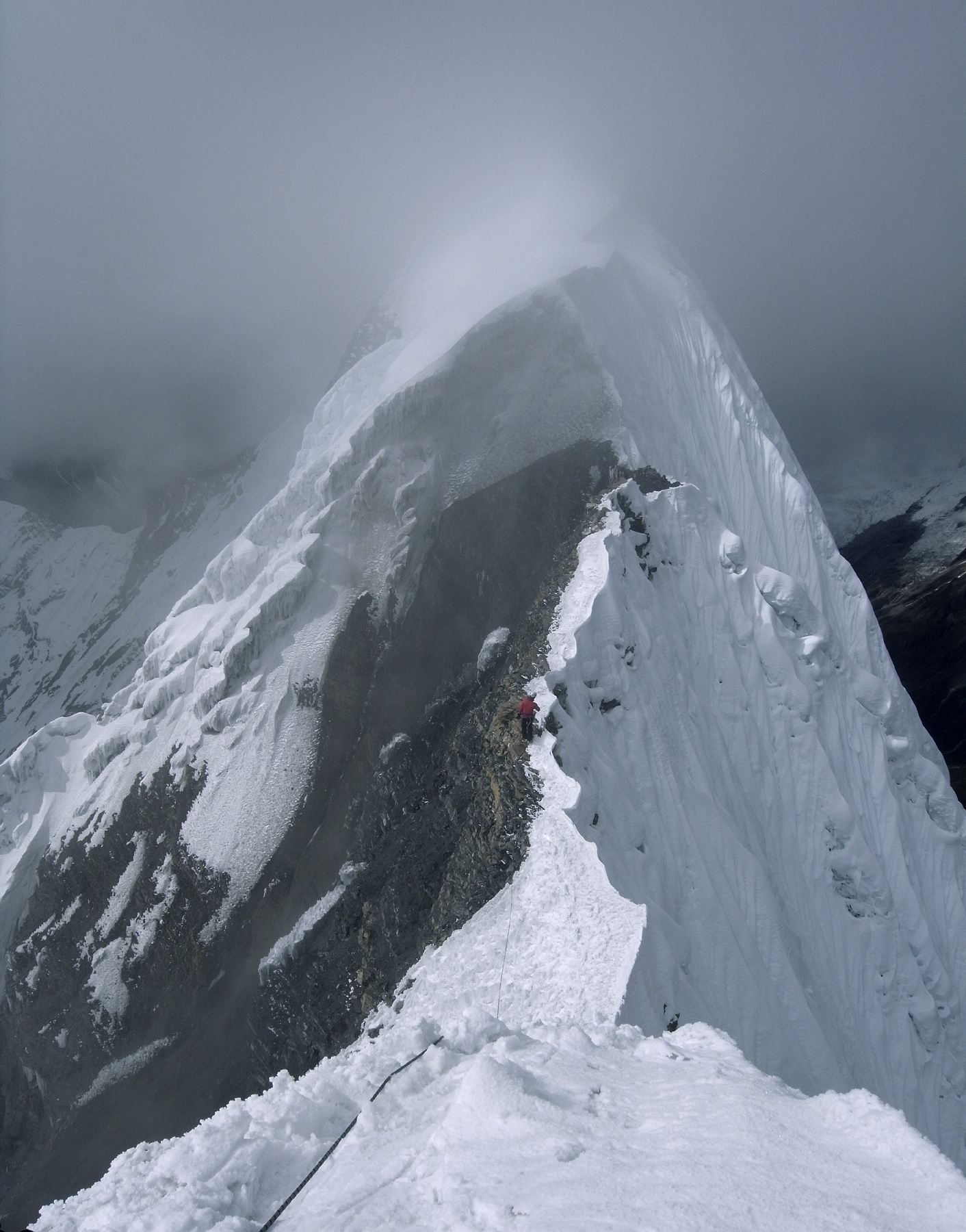 Yoshitaka Kameoka, Kohei Kotani, Daisuke Nakatsuka, Seiya Nakatsukasa, Hiroki Yamamoto, and I as leader, all from the student section of the Japanese Alpine Club, hoped to climb the virgin peaks of Samdo and Panpoche I (Pang Phunch I or Kutang Himal). These are situated to the northeast of Sama village on the standard trekking route around Manaslu. Both peaks were brought onto the permitted list in 2003 [as was 6,504m Panpoche II, on the ridge southeast of the main summit]. We left Kathmandu on August 24 and established base camp on September 2 on a grassy terrace beside the Sonam Glacier, at 4,350m. On the 11th we made Camp 1 on the glacier at 4,600m and on the 14th Camp 2 at 5,600m, on the col at the foot of the north ridge of Samdo. This ridge forms the border with Tibet. On the 20th all six of us left Camp 2 at 4:15 a.m. and plowed through knee-deep snow on the crest of the ridge to reach the summit of Samdo at 10:20 a.m.

The following day we moved our top camp farther up the north ridge, to 5,900m, and on the 28th made an attempt on Panpoche I. We again left camp at 4:15 a.m., climbed to the top of Samdo, but then continued southwest on a knife-edge ridge and descended 10m on the crest to reach the start of the main arête leading to Panpoche I. The next 200m were unstable rock and snow, and we could place neither rock pitons nor snow stakes. Realizing that if the ridge collapsed, we would not survive, we gave up at an altitude of 6,500m, 400m distant from the summit.