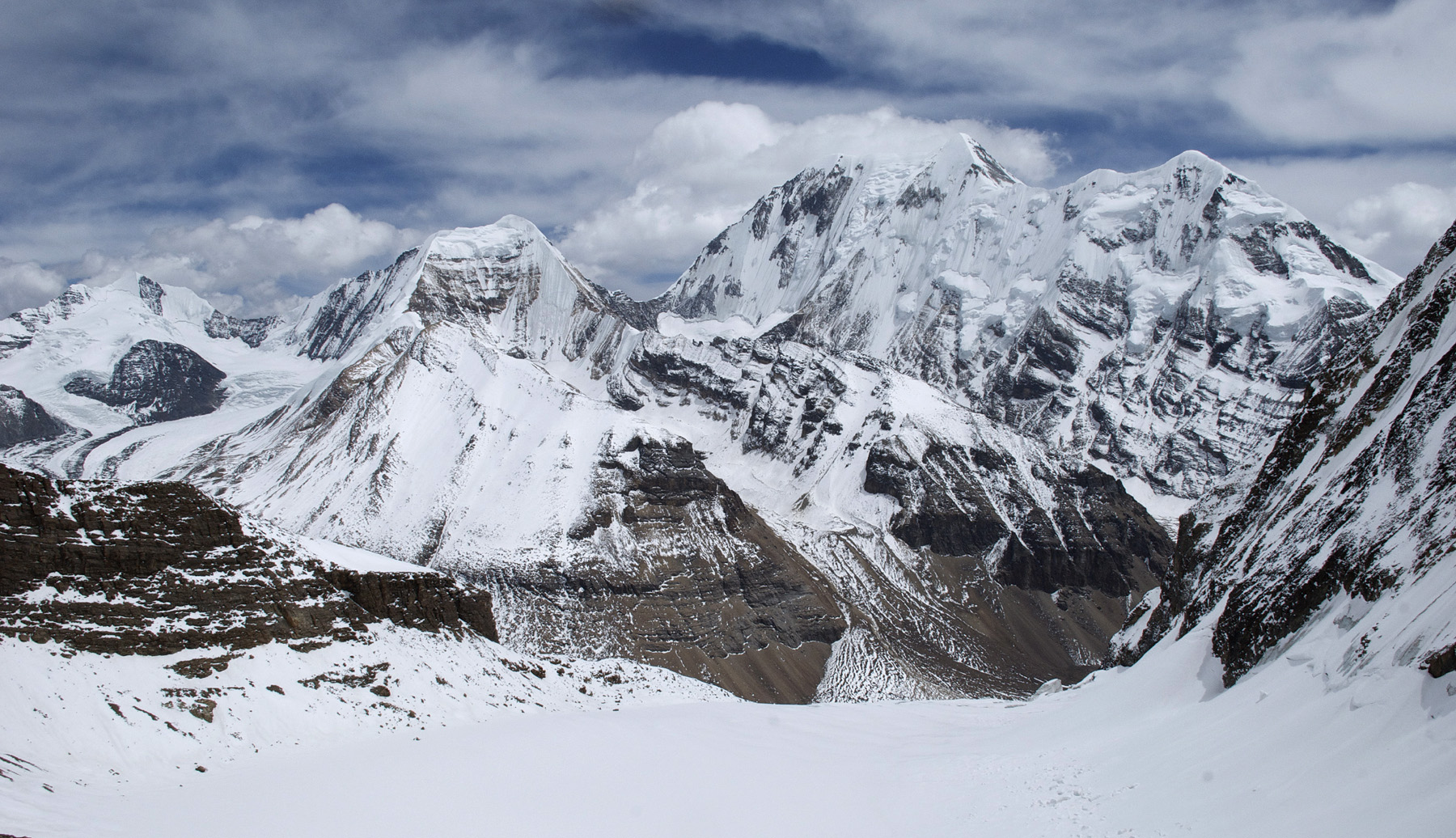 You might recall our adventure in the fall of 2008, when we searched for the simplest route from Jag- dula Khola through chaotic gorges to reach Kanjiroba base camp. Following the paths of Tichy and Tyssen, we climbed Dudh Kundali (AAJ 2009). But above all we inaugurated the Honeymoon Trail, and the idea of a new high route was born. In the spring of 2009 I returned with my girlfriend Sonia to the wild massif of Kanjiroba. We approached from the south, via the tiny airport at Jumla. On the agenda was an ascent of Bijora Hiunchuli (6,386m), a beautiful unclimbed peak on the ridge north of Dudh Kundali. We also wanted to scope out a new route through a col to the Kanjiroba Sanctuary Foul weather buried our summit dreams under tons of snow. We only had enough time to take a look at the heart of the massif, confirming the possibility of the new high-level route. All that remains to be done is to complete it via a traverse across the mountains from the village of Huricot in the south to the village of Talphi. This is a wonderful area far from tourist economy, with attractive unclimbed peaks and much opportunity for exploratory travel. We’ll be back in 2010.