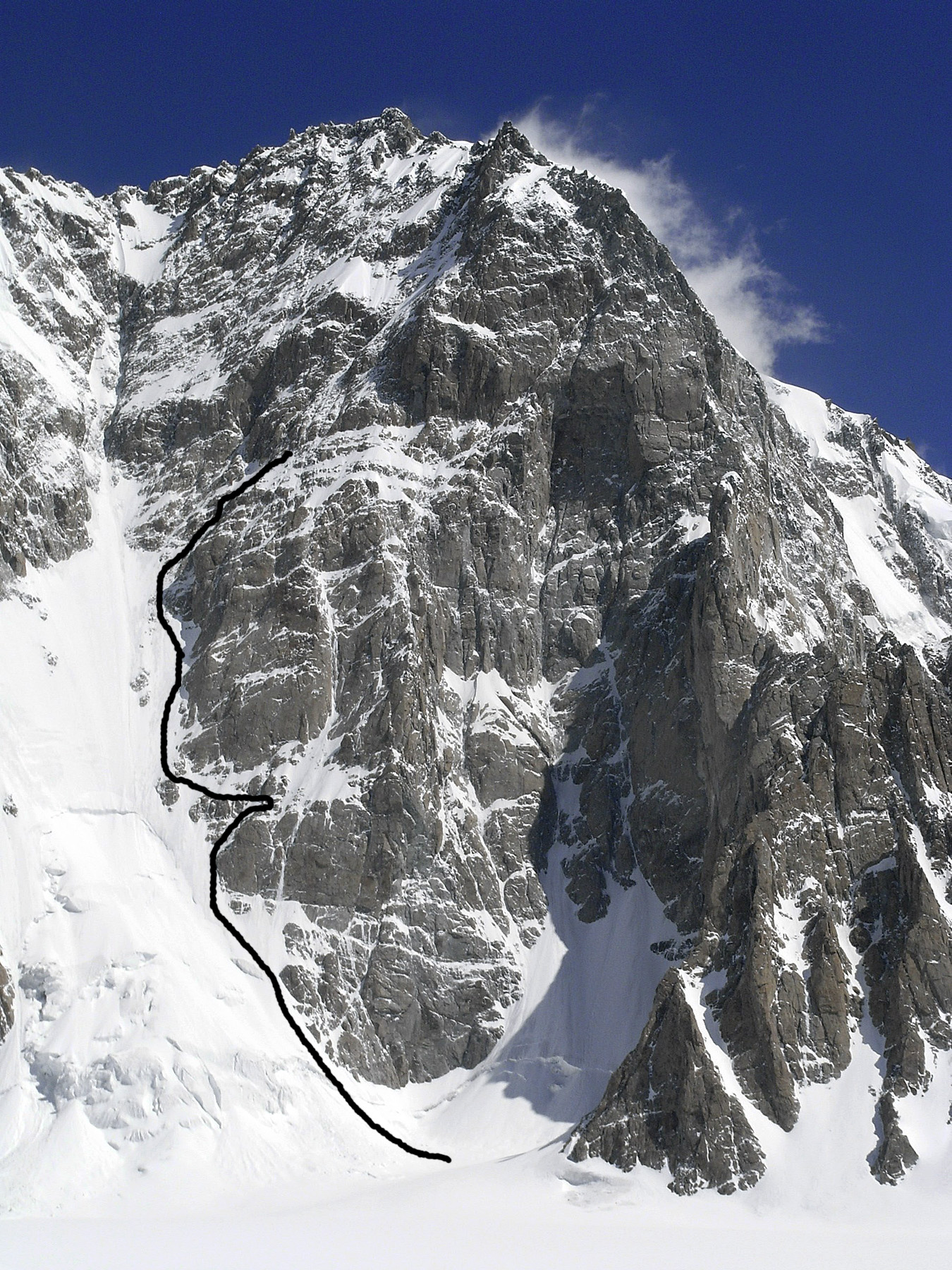 Our goal was the east summit of Saser Kangri II. The west summit was climbed in 1985 via the northwest ridge by an Indo-Japanese expedition (AAJ 1986), which felt the summits were of equal height. According to our maps and information, the east summit is higher and therefore should be referred to as Saser Kangri II Main. It is one of the highest unclimbed peaks in the world [the second highest by certain criteria].

On August 7 our expedition left the Nubra Valley, at 3,050m near the village of Tigur. We spent two days hiking up the Chameshan Lungpa Valley to the snout of the Sakang Lungpa Glacier. We established base camp in a side valley on August 11 at 5,180m, above and southeast of the Sakang Lungpa Glacier. To reach our intended objective, we needed to cross onto the South Shukpa Kunchang Glacier, the next valley east of base camp. On August 12 and 13 we made acclimatization and reconnaissance trips up the unnamed glacier behind base camp and established a camp at ca 6,000m on an unnamed pass above the South Shukpa Kunchang Glacier. On the 14th we dropped onto the South Shukpa Kunchang to explore the route to the foot of the south face of Saser Kangri II.

Due to bad weather we spent some days in the Nubra Valley, but on September 6 we climbed back to the pass in cold, windy conditions, with a forecast for a small window of good weather. Although this wasn’t long enough to climb the mountain, we decided to use the opportunity to recon- noiter the route and assess snow conditions. On the 7th we made an advanced base below the south face, and the following day climbed 700m to ca 6,700m, before rappelling. There was no snow, just hard water ice, giving technical climbing on the lower slopes. As the rock is high-quality orange granite, there is no objective danger. We stayed on the far right side of the couloir to avoid debris falling from ice cliffs well to the left.

Bad weather kept us from the peak until the 19th. We reached a good bivouac at 6,700m relatively early in the day but stopped for the night, since there did not appear to be good sites higher until a ledge system at 7,000m. On the 20th we climbed steep ice in the main gully system before veering right into mixed terrain that would take us onto the major ledge system halfway up the face. We had a poor bivouac on small ledges chopped out of the ice and were not able to erect tents. Next day we progressed to the ledge system and established a better bivouac, spending nearly four hours chopping a ledge out of the ice. That night it snowed, and on the 22nd, due to cold and windy weather we decided to descend.

Climbing at this altitude late in August was very cold. We had nighttime temps of -13 to -17°C and highs during the day of -5 to -9°C. On the 25th we left base camp and reached the road in the Nubra Valley the same day.