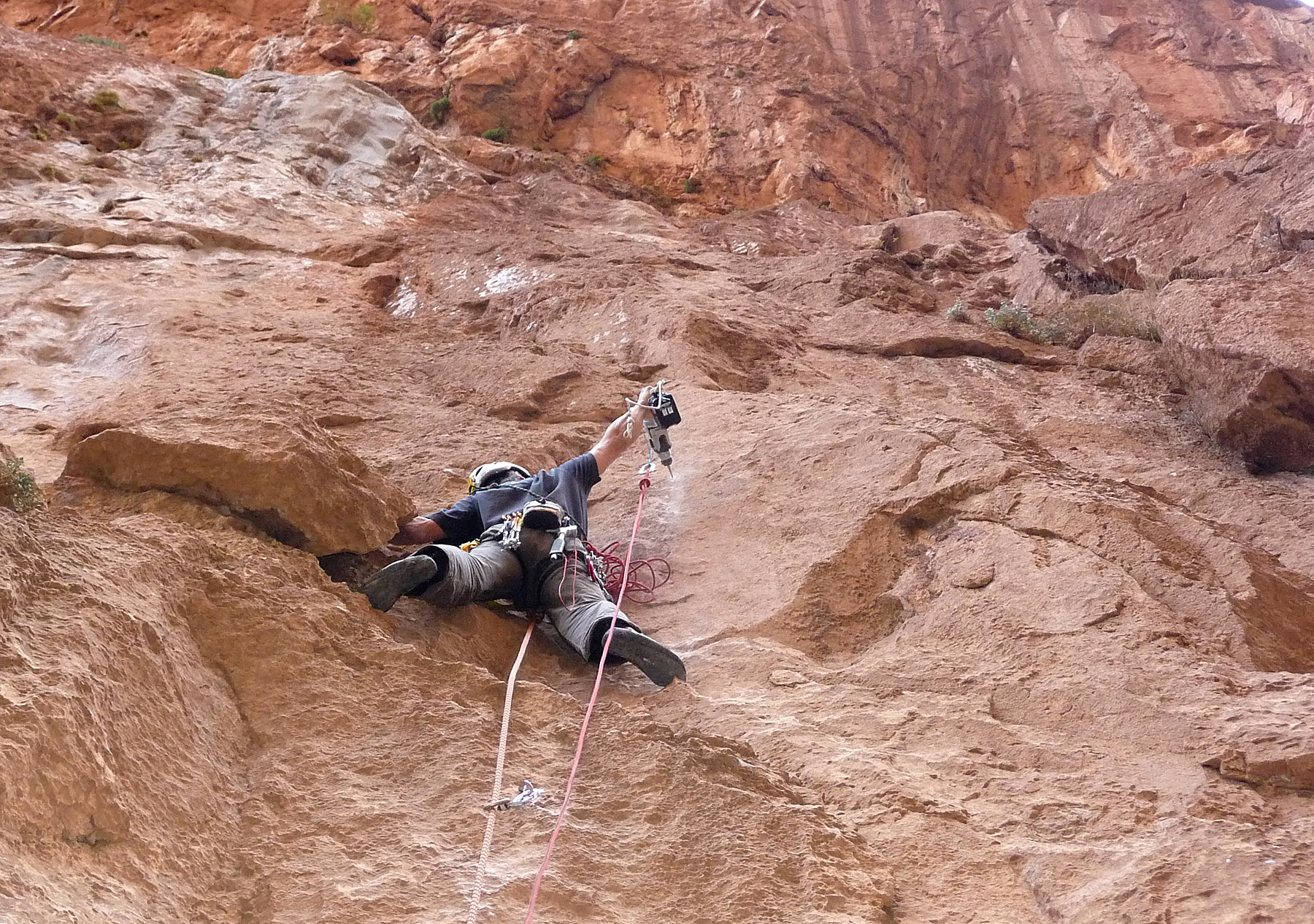 Climbing almost every day from October 5 till the 17th, Abigail Pickett from France and Andrea Cattarossi, Daniele Geremia, Silvano Gosso, Marco Zaffiri, and I from Italy repeated beautiful routes and over three days created our own. This route is situated in Timrazine Canyon, known colloquially as Canyon Apache after the name of its most famous route, opened in 2003 by Arnaud Petit, Michel Piola, and Benoit Robert (6c+, 6b obl, 355m). Our new line lies 30 minutes walk from the village, on the true right wall (facing downstream) of the canyon. It is just beyond L’enfant du Sable (7a, 6c obl, 390m, Simone Sarti-Maurizio Oviglia, 2004, on-sight without using bolts) and the giant boulder that blocks the gorge. We climbed and equipped the 320m-high wall in eight pitches from the ground up, using 8mm bolts. The rock is really good, just a bit sandy in places, but the spacing between bolts is often long. While it is possible to rappel the route, it is better to descend on foot. We called it Capitan Tajin (7c+, 7a obl). The fifth pitch is the crux, though pitch six is 7b, and four and seven are 7a+ and 7a respectively. No pitch is easier than 6a+. Everybody who visits Taghia and stays in the gites (village guest houses) will understand the route name. The food is great, but not the variety: couscous or tajin, tajin or couscous. Nonetheless, we appreciate it—thanks Hamed!