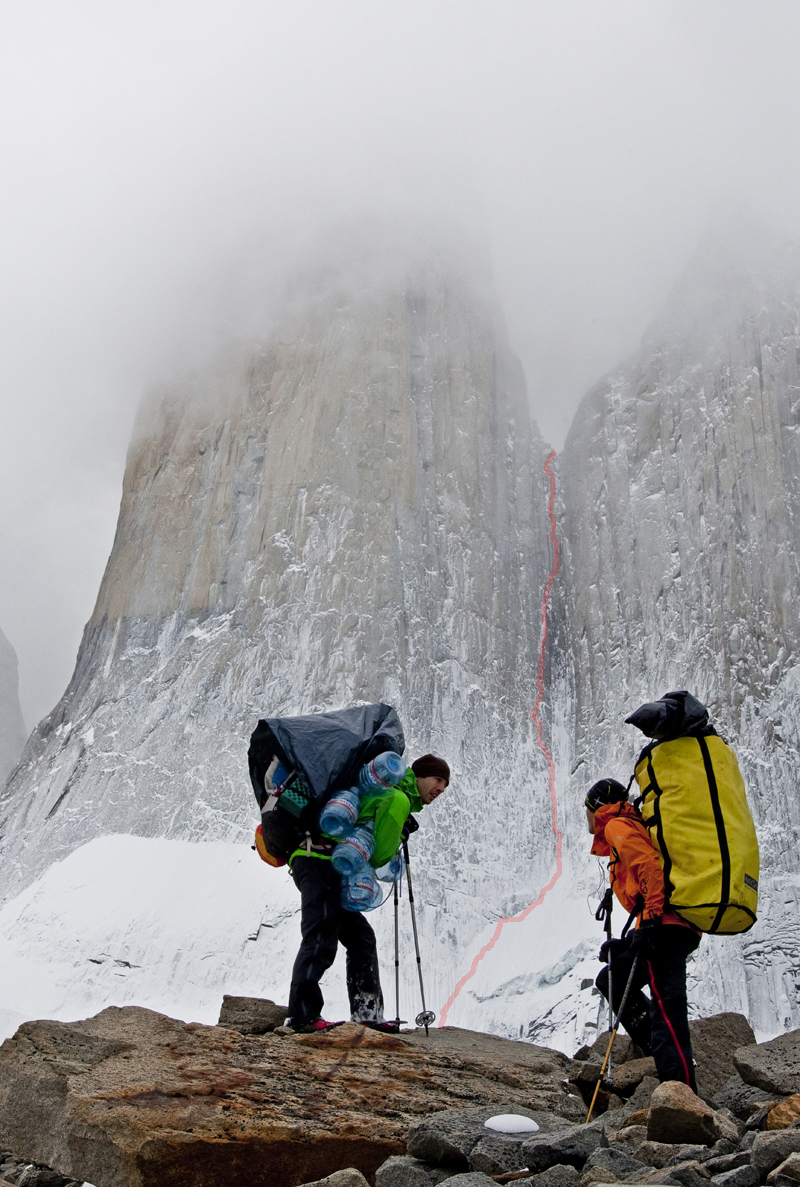 As reported on www.planetmountain.com and elsewhere, in January Austrians Hansjörg Auer and Much Mayr climbed a new line near the east-facing cleft between Torre Central and Torre Norte. Waiting for Godot (750m, 7b M6) ends at the col between the two towers. They fixed ropes partway up, using some aid on the initial ascent. While rappelling to their portaledge after their successful push, they stopped, and Mayr redpointed the crux, which they had not yet freed. The next day, in a storm that turned their line into a waterfall, they completed their descent.