At the end of February 2010 Luciano Fiorenza, Tomy Aguilo, and I—all Argentines—completed a new route on the west pillar of Fitz Roy, on the face right of Supercanaleta and just right of Ensueño. On the first day we hiked from Chalten and climbed six pitches to a big ledge, where we fixed two pitches above and then bivied. The next day we climbed 10 pitches up steep, well-featured rock, placing natural protection, except for one belay bolt. After those 10 pitches we joined No Brain No Pain and bivied again. The following morning we climbed on, joining Tonta Suerte and eventually the Supercanaleta, reaching the summit in late day. We climbed close to 40 pitches, of which 18 were new, with difficulties to 5.10. The rock proved better than expected, and the climbing on the ridge (on Tonta Suerte and Supercanaleta) required weaving around gendarmes and other alpine trickery. We name our new line Historia Sin Fin.

The following week, with another good weather forecast, Luciano, Matias Villavicencio, and I made another foray on Fitz Roy, this time on the north face. On the first day we climbed to the Grand Hotel, a big ledge halfway up, following a line to the far left of Tehuelche, just right of the French Route, for 15 pitches (some shared with the French Route). At the Grand Hotel we took a rest day and waited out some weather. On day three we started to the right of Hoser Chimney, with much offwidth climbing leading to a roof and a long traverse to the right, followed by a chimney that we avoided by climbing the face to the side. In the evening we reached the north ridge, 350m below the summit, and descended to the Grand Hotel via Hoser Chimney. We climbed 28 pitches, up to 5.11, dubbing our effort “Clinica de Aventura.” 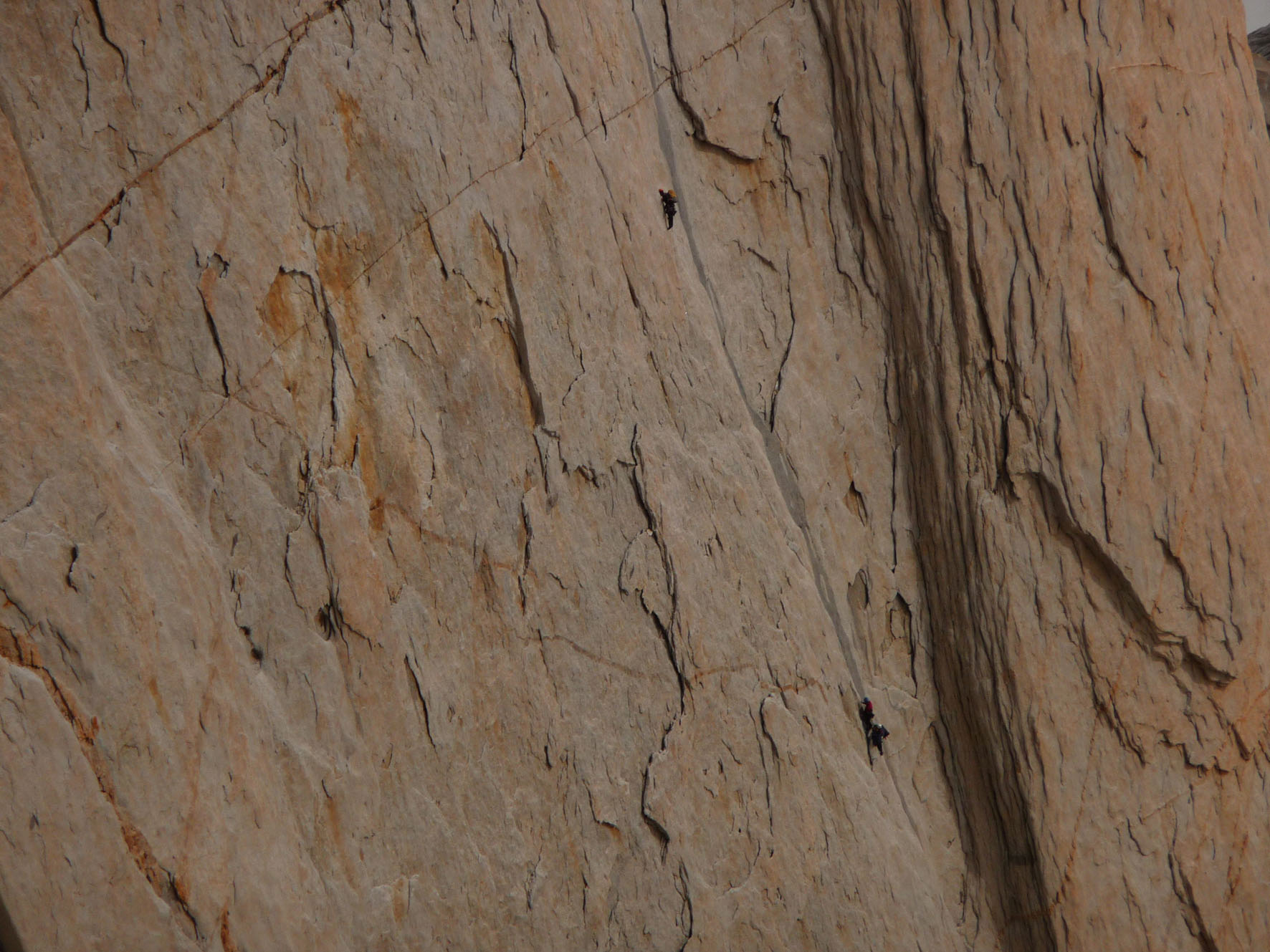