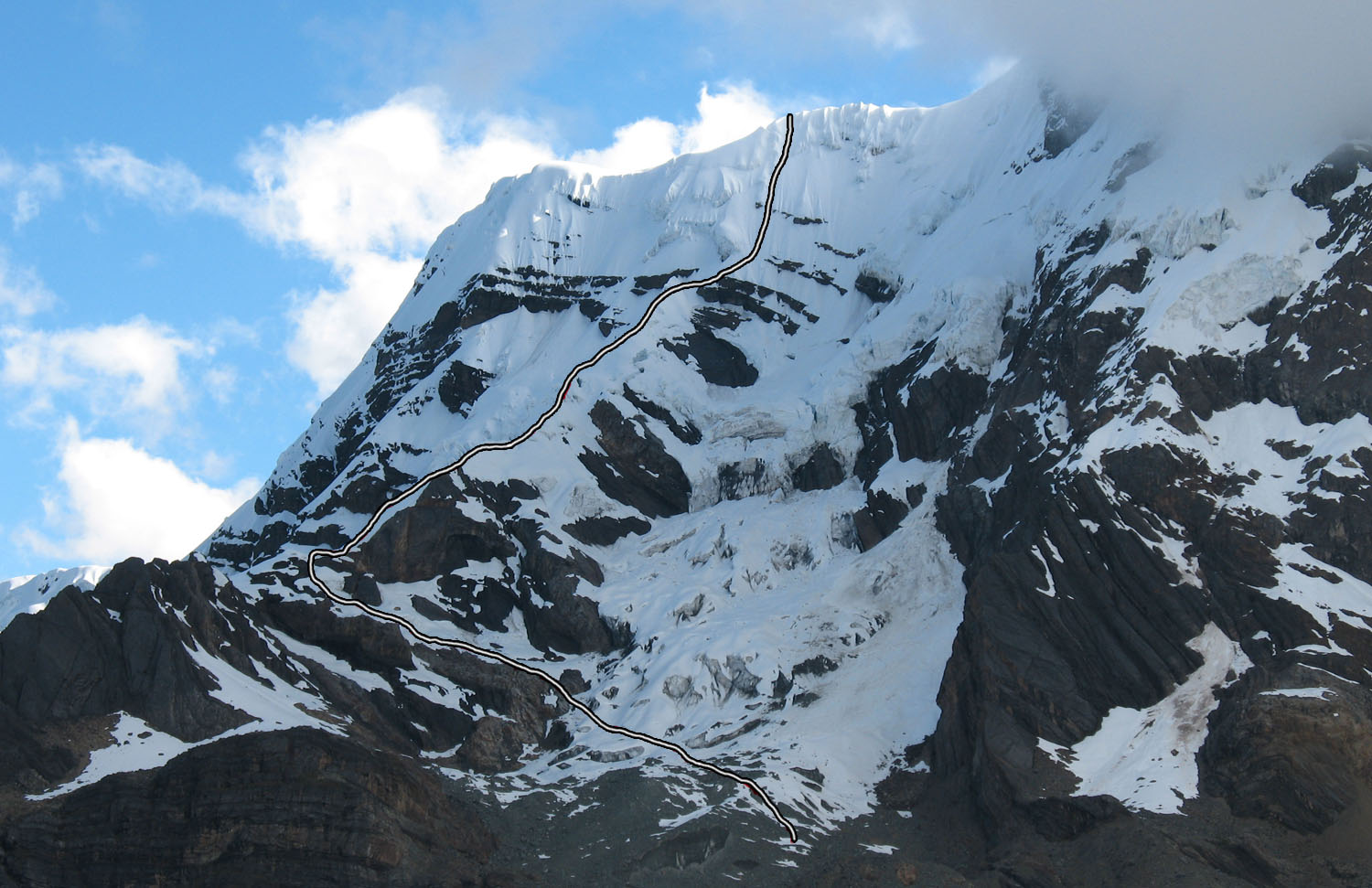 From June 8 to 10 two Spaniards, Eloi Callado and Joan Sole, and I traversed the twin summits of Nevado Rurec (5,696m) from the east. We originally wanted to climb the south side of Huantsan from a base camp beneath the southeast face, which we approached from Chavin in two days with burros. Our climb went up the east face of Huantsan’s south ridge to its crest at ca 5,600m, where we bivied. Then, however, rather than continuing up Huantsan, we headed west over the summits of Rurec and descended north into the Quebrada Rajucolta, then went on to Huaraz. Our cook brought our gear, with arrieros, from our base camp back to Chavin and then Huaraz. I don’t think anyone had traversed Nevado Rurec from east to west before. It wasn’t so much a spectacular route, but more of an extended alpine traverse.