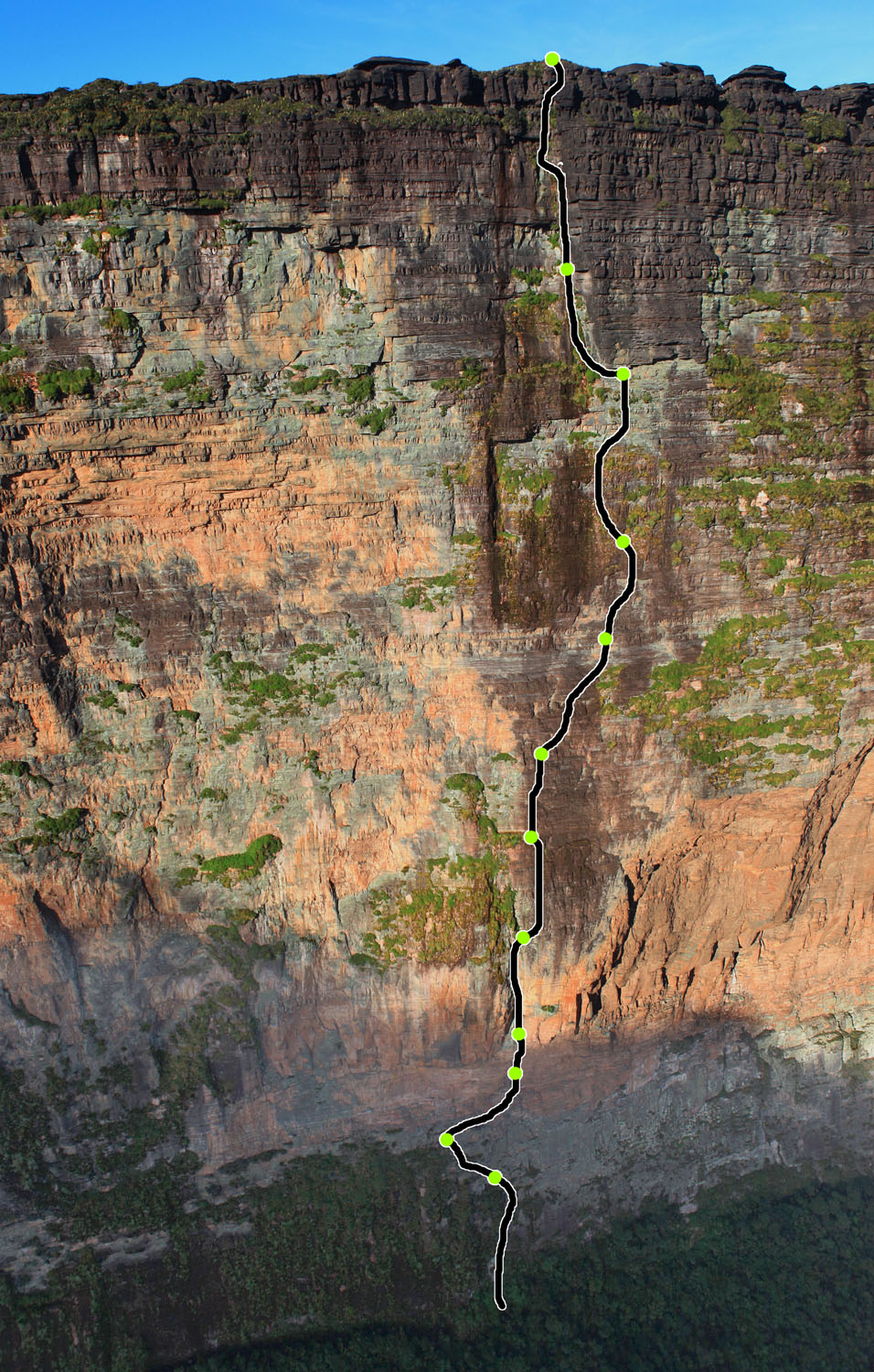 After 12 days on Monte Roraima, Márcio Bruno, Fernando Leal, and I achieved the first ascent of a new route from the Guyana side: Guerra de Luz e Trevas (War Between Light and Darkness; 650m VI 5.11a A3 J4).

We reached the wall by a 50-minute helicopter flight, starting from the Santa Elena Uiarén in Venezuela. The partial landing/hover was on a 4x5m block, just below the highest waterfall on the mountain (on a low water day), and we quickly jumped out. It is believed that this is one of the few possible landing points in the area; other expeditions have used a heli point 3km away. The first part of the route is full of jungle climbing and loose blocks, but after 50m the rock improved. The stone is quartzite and offers many cracks for protection. There are many possible bivy ledges, but many are wet, and spiders and scorpions are found even in vertical places. A storm interrupted our climb on the fifth day and forced us to spend four days on a four-square-meter ledge.

The first ascent of this mountain from Guyana was made 1973 by legendary British climbers Joe Brown, Don Whillans, Mo Anthoine, and Hamish MacInnes. U.S. expeditions opened routes nearby in 2003 and 2006: the Scorpion Wall and Cutting the Line.