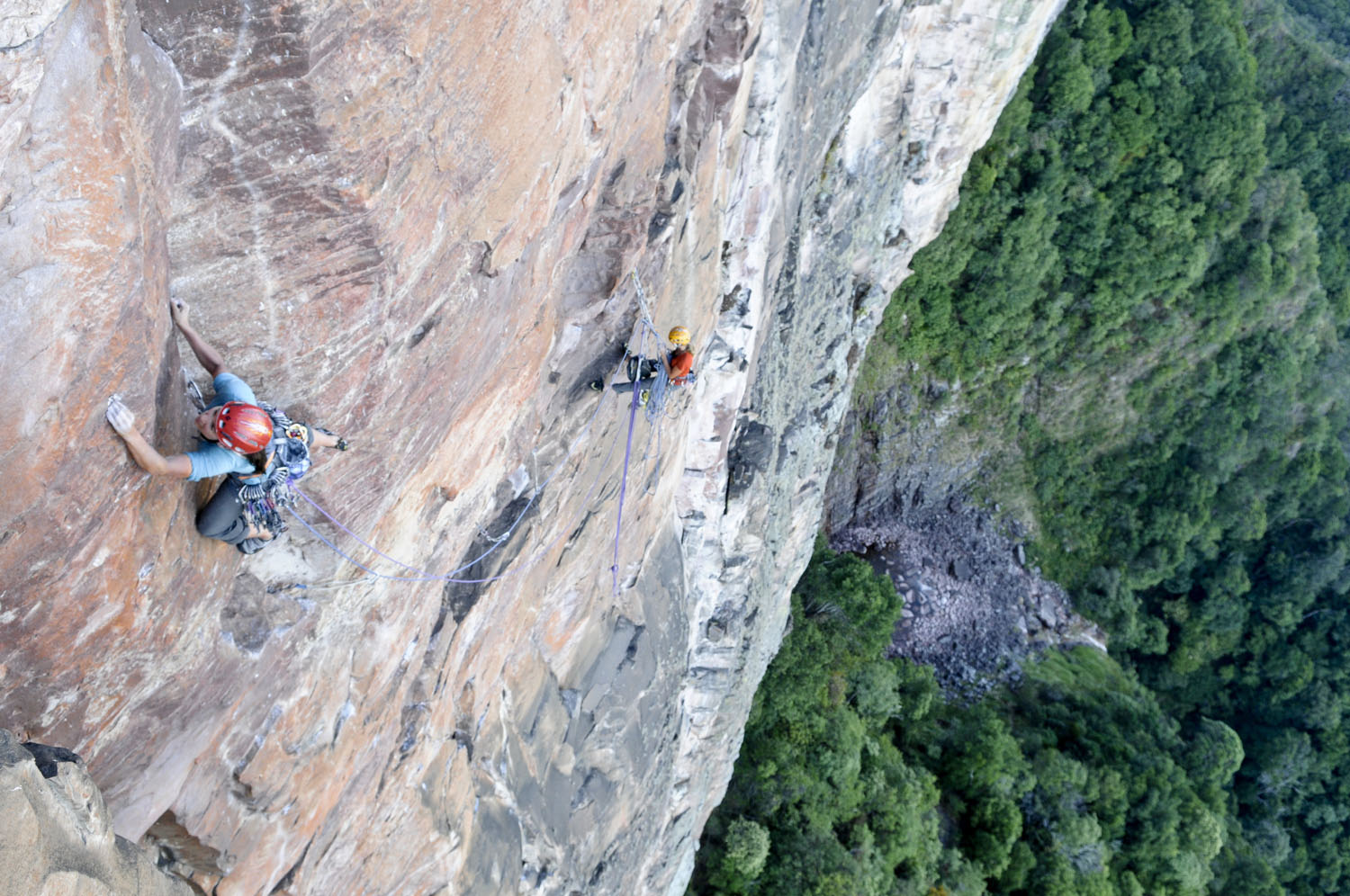 On February 9 Kate Rutherford, Brittany Griffith, Jonathan Thesenga, and I arrived in the small village of Yunek, below Acopan (Akopan) Tepui. The local Pemon people were happy to see us and eager to porter a few loads, and soon we were on our way to the Boulder Camp. Two locals helped us reach the base of the wall the next day, and after a couple of false starts we found an appealing line on the east face. Over the next five days we slowly made our way up the wall, fixing pitches, then returning to base camp at night. We climbed mostly free but couldn’t free a few short sections on our initial attempt (but freed on the next attempt). The climbing involved difficult route-finding on fairly solid rock, with the occasional 5.10+ runout.

After fixing 170m, we committed to a camp on the wall, with J.T. and I hauling and shooting photos, while Brittany and Kate climbed from the ground, freeing the initial seven pitches at 5.12-. Over the next three days, we established eight more pitches on the overhanging headwall. Most of the climbing was in the 5.10+ range with one pitch of 5.12c R. The last few pitches to the top turned into a vertical jungle. After a short, thirsty trip to the summit, we reversed our ascent route, cleaning our ropes and camp, rapping off of horns, blocks, pins, stoppers, and five bolts. We then hiked to base camp, where our celebratory prize of 10 pounds of tequila waited. 10 Pounds of Tequila (V 5.12c R).