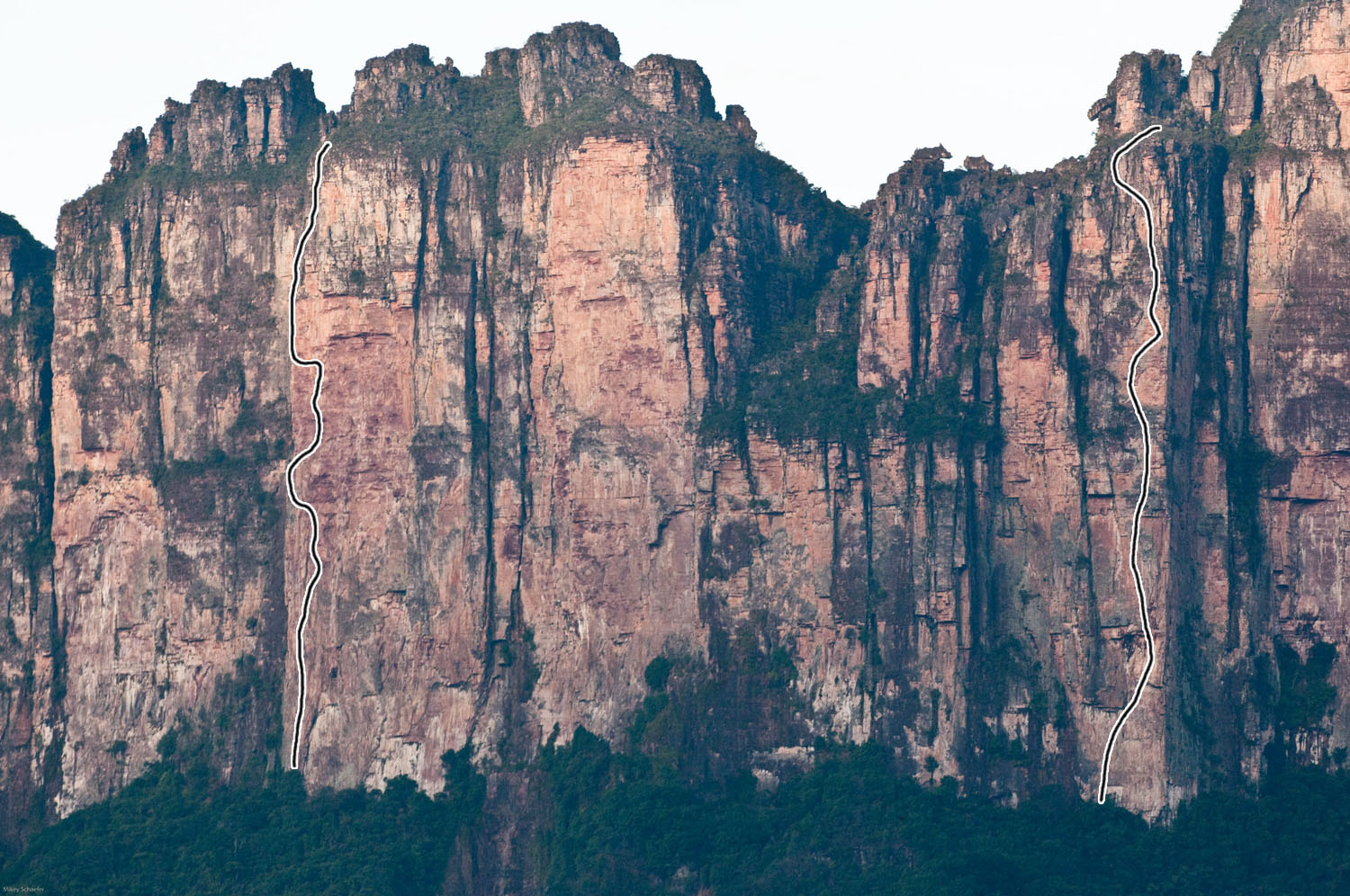 Several routes went up on Acopan Tepui, not all of which are reported here. In December, Polish climbers Boryslaw Szybinski, Maciej Dziedzic, and Michal Szeliga teamed with Venezuelan Cheo García to establish Lapa, Yuca y Kachiri (300m, 7 pitches, 7c+). From January 21 to February 2, 2010, on the left side of the Gran Torre, between the routes Uñate Arête and Pizza, Chocolate y Cerveza, the Polish-Venezuelan team of Marcin Tomaszewski, Marcin Szczotka, Jaret Wacko, and Cheo García established Misterios (630m, 18 pitches, 7c [7b obligatory]). Later, as reported on www.desnivel.com, over 11 days Adolfo Madinabeitia and André Vacampenhoud climbed a new route, Mundo Perdido (650m, 16 pitches, 7a A3), which takes a line between Pizza, Chocolate y Cerveza and the new route Misterios.

Exact locations of routes on the massive, monolithic Tupuis can be difficult to describe but, as Mikey Schaefer said after his visit and new route (below): “The locals know exactly where each route starts. They can point them out from town…and they will certainly be the ones leading the way.”

Additional routes are reported in this AAJ, and www.ClimTepuyes.com has information on many climbs in the region.