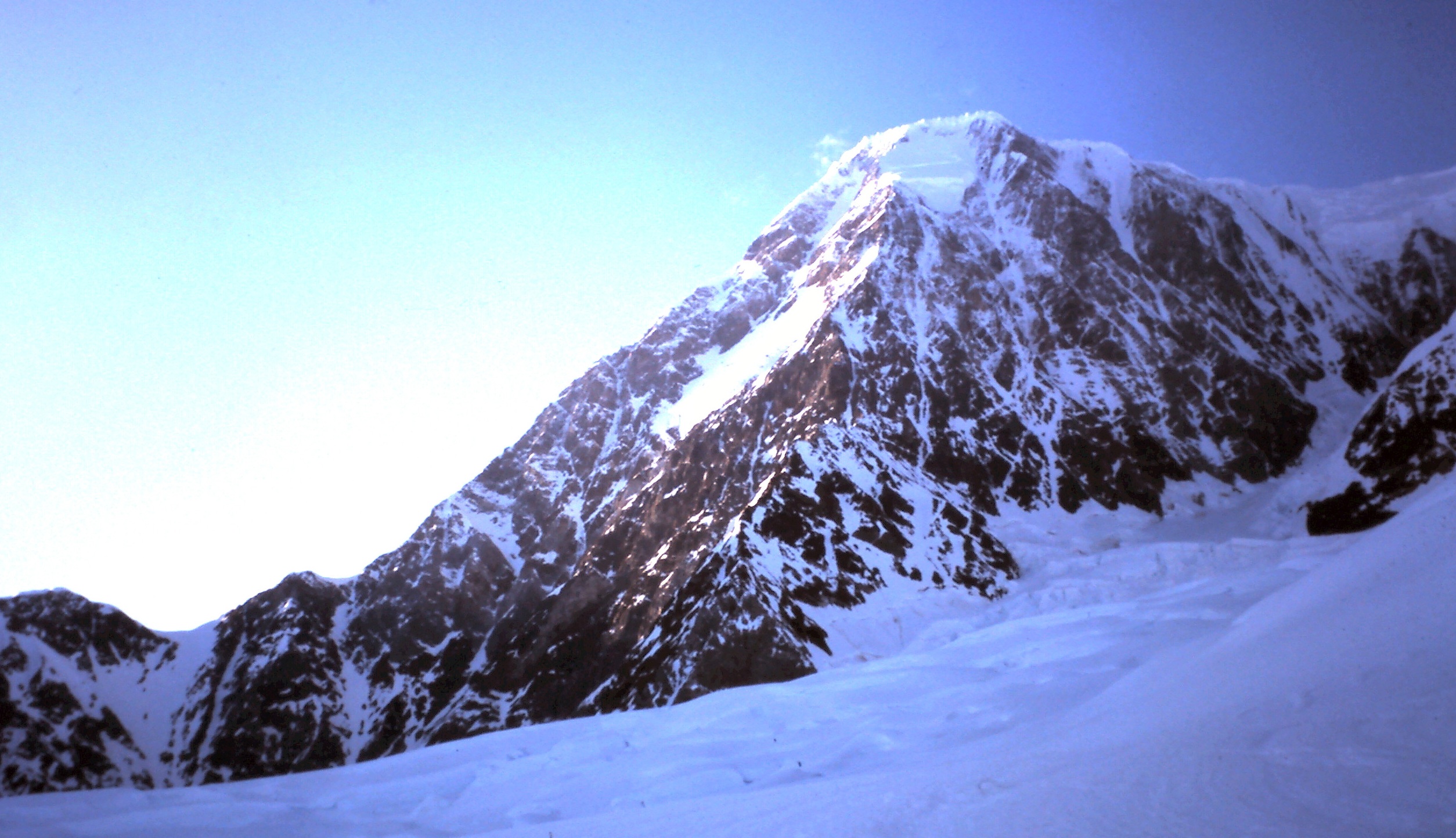 In the spring, Simon Yates and I did what we thought was the first ascent of the massive Southwest Spur of the South Summit of Mt. Vancouver (Good Neighbor Peak, 15,700') on the Alaska-Yukon border. The line is clearly visible in a Bradford Washburn photo published in the 1994 AAJ, p. 88—the prominent ridge left of the South Spur climbed by Diedrich and Pilling in 1993. We flew in from Haines and were dropped in a high glacial cirque on the Alaskan side, directly below the start of the route. We began climbing at dawn on April 29, soloing the 1,000' headwall at the back of the cirque to reach a col and get established on the ridge. Then we followed the line of least resistance—generally left of the ridge crest. We had perfect weather, and it took five days to reach the summit, with hidden ice runnels and surreal gargoyles near the top. The perfect weather broke during the descent, and we were stormbound on a high col, nearly out of food, on day 6. Day 7 dawned clear, and we continued down the east ridge to a side spur, which entailed a series of unpleasant rappels and a lengthy detour. We finally arrived back in base camp at 10:30 p.m. on day 7.

A subsequently unearthed Japanese article revealed that our route was the ridge climbed by a large Japanese expedition in 1968, starting from the Canadian side. They climbed the ridge expedition-style with a 10-member team, using fixed ropes and camps. Three of their team died in the process, and only two reached the summit, after 13 days on the mountain. So we actually did the second ascent, but first alpine-style, with a new start from the Alaskan side.

It’s an excellent route, very long and committing. Done alpine-style, we reckon it warrants an alpine grade of ED, with climbing up to Scottish grade V ice and VI mixed, and an 8,000' vertical height gain.