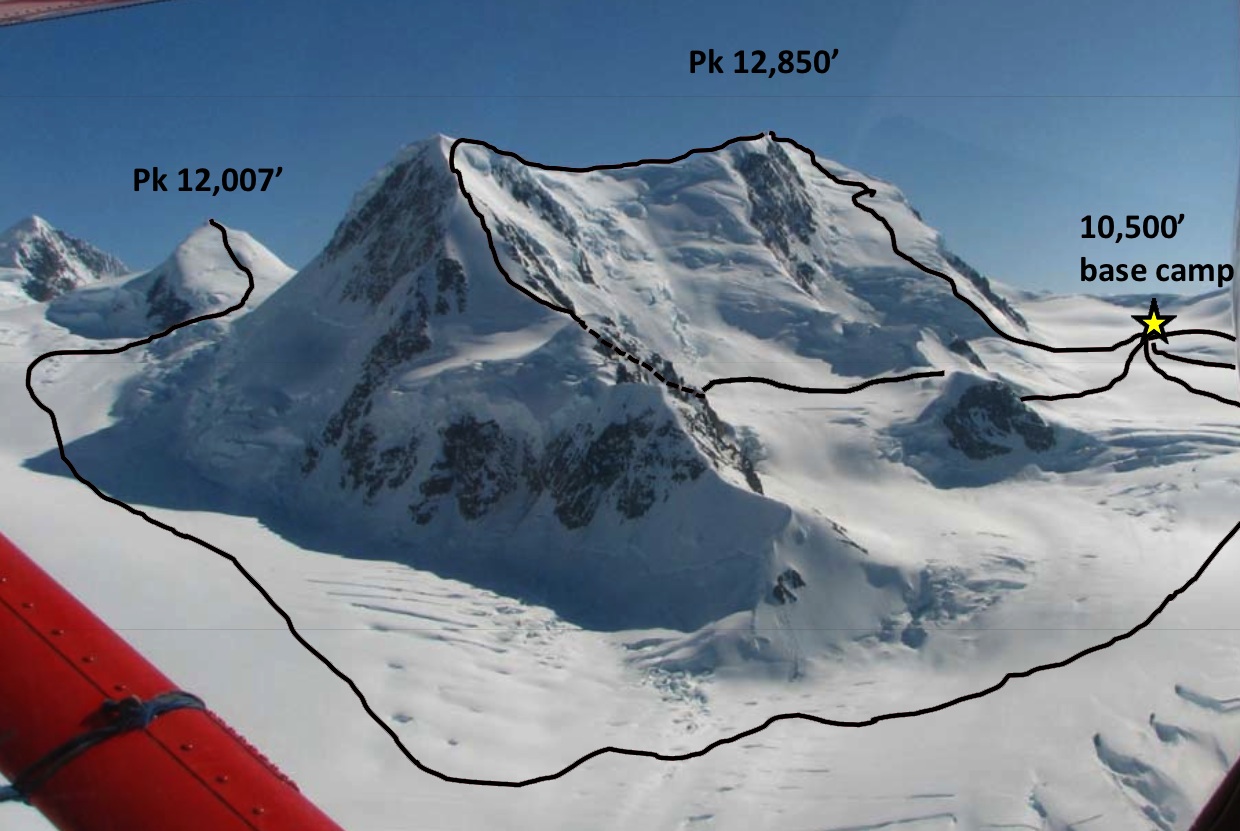 On May 3 Paul Claus flew us from the Ultima Thule Lodge to a 10,500' base camp at the head of the eastern branch of the Barnard Glacier, five miles south of Mt. Bear. We were Brad Gessner, Hans Neidig, Stuart Parks, Wayne Todd, Jeannie Wall, Carrie Wang, and I. Over the next seven days, our group summited several peaks: