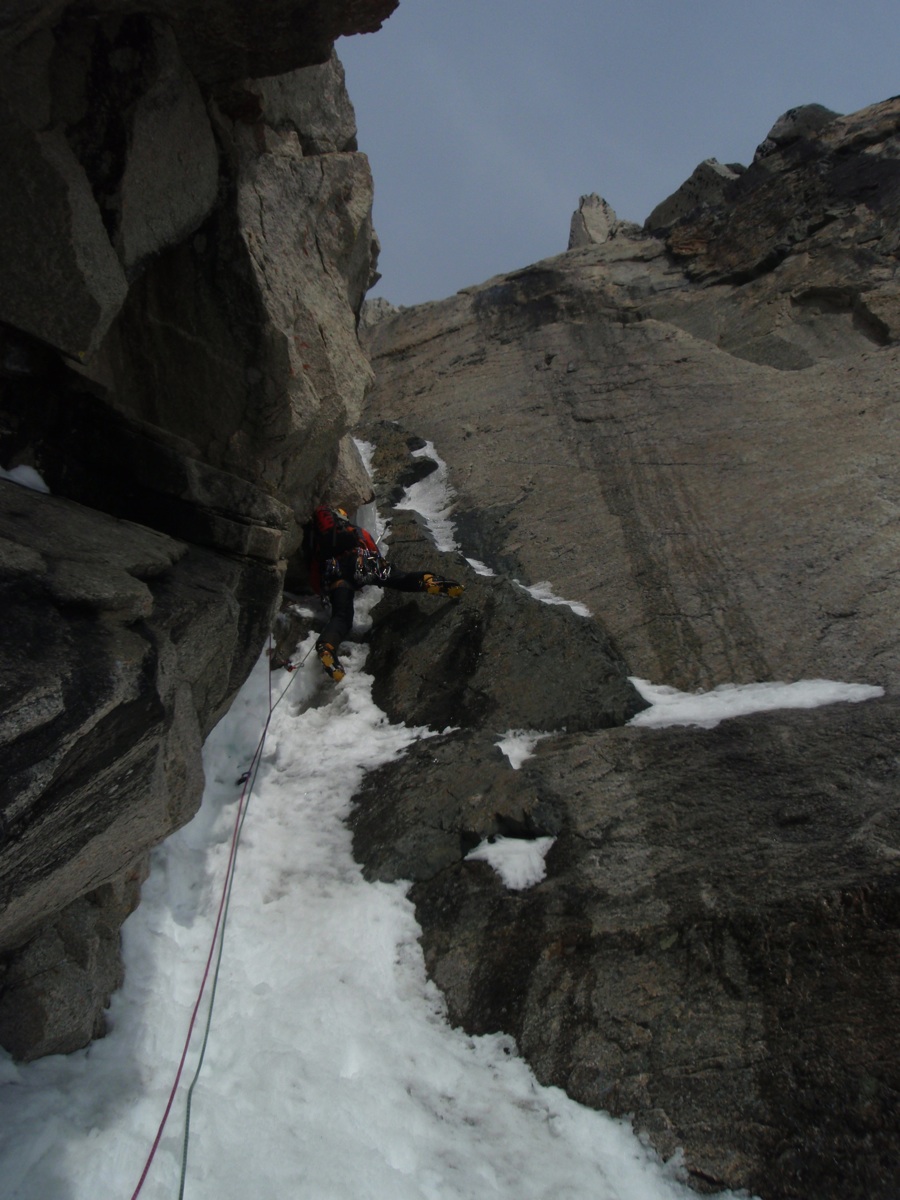 On April 21 Gerard van den Berg and I installed camp at the top of the Pitchfork glacial cirque [They initially reported being on the North Fork Glacier, but their maps and coordinates show the Pitchfork, which drains to the Glacier Fork of the Tlikakila River. The North Fork is a few miles southwest of the Pitchfork—Ed.], near Neacola Mountain (2,873m). The next day we prepared to explore the endless spectacular climbing and skiing, but a storm dropped two meters of snow, trapping us for six days. When the sun timidly emerged, the mountains were heavily loaded, so we headed toward summits that we felt were safer and had five good days. Peak and route names are ours, as we believe our ascents were all firsts:

Days 2-3. Unstable conditions, so we descended the glacier for 15 miles to new targets. We established camp atop a side glacier, after ascending 600m on 30° slopes while pulling 80kg sleds.