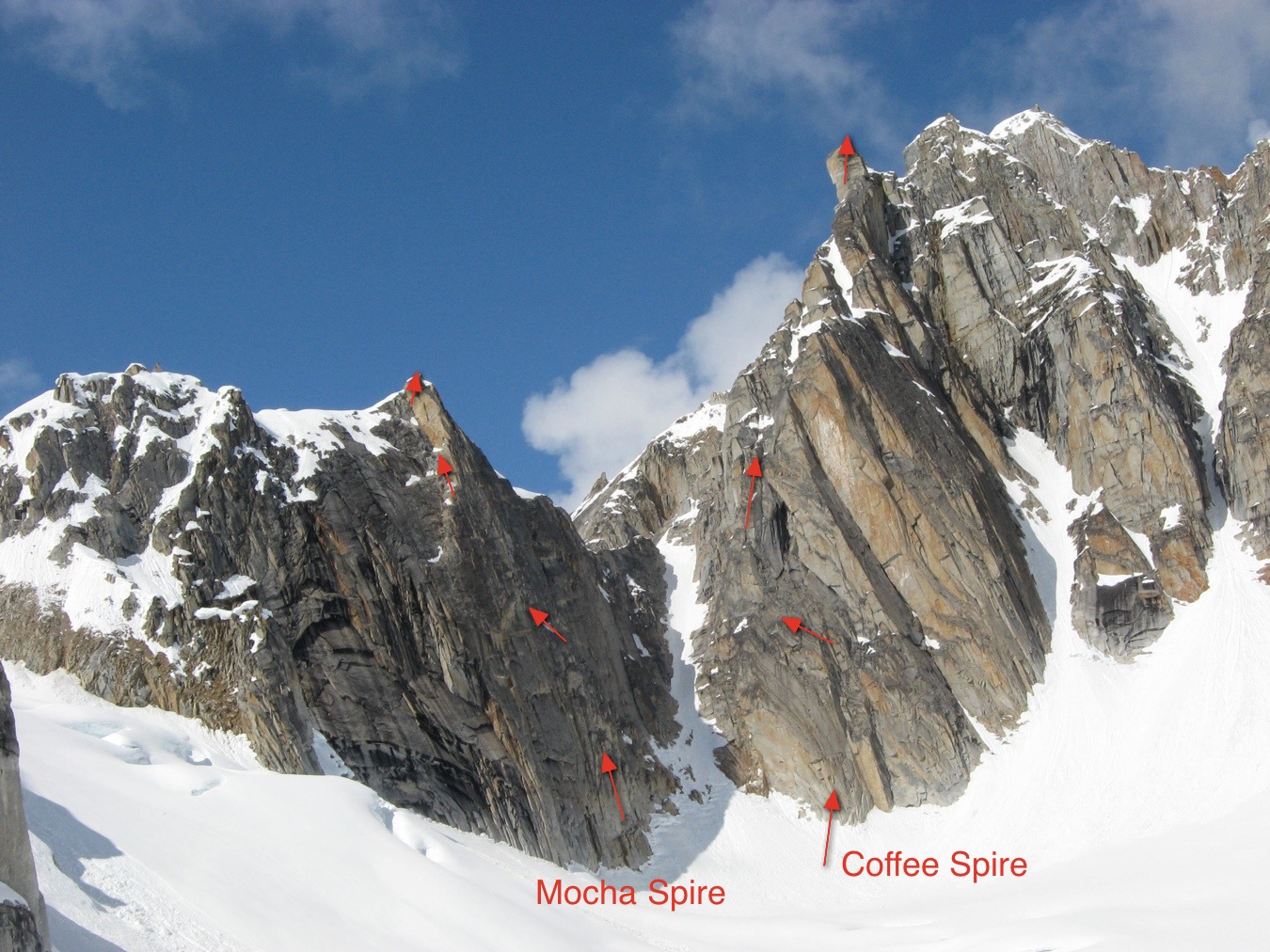 On May 2 Paul Roderick of Talkeetna Air Taxi landed Cody Arnold, Peter Haeussler, and I, all from Anchorage, at 5,600' on the northwest fork of the Coffee Glacier. Over the next four days we made an attempt on the west ridge of Broken Tooth. Starting left of the 1987 Lewis-Bauman west ridge start, we climbed a new five-pitch variation (WI4+ M5) to the ridge crest via the left of two ice couloirs. One more pitch up the ridge led to an exposed but safe bivouac spot. We spent the next two days tent-bound, while 24" of snow fell. After the storm the route was out of condition and hazardous avalanche conditions prompted a quick descent.

We then turned our attention to a 1,000' unclimbed rock spire that lies on the divide between the Coffee and Ruth glacier drainages, a short distance from camp. Cody and I had climbed its taller neighbor to the north, Coffee Spire, the year before. On May 9 we enjoyed a sunny and moderate six-pitch free climb to the summit. We chose the name “Mocha Spire” because of the chocolate color of the rock. Our line went more or less straight to the summit, starting just right of center at the bottom of the east face and ending just left of center at the top. The first pitch started in the left of two parallel cracks. This pitch is the steepest of the route, but was well protected at easy 5.10 on solid rock. The second pitch moves up and around blocks and slabs at 5.8, until reaching a large ledge. We followed this ledge system up left for a pitch at 5.6 and traversed under the large dihedral above. We then ascended the left side of the summit tower for three more pitches, at 5.7. We descended via a snow couloir south of the summit, with downclimbing and two rappels. This is a fine, moderate day climb.