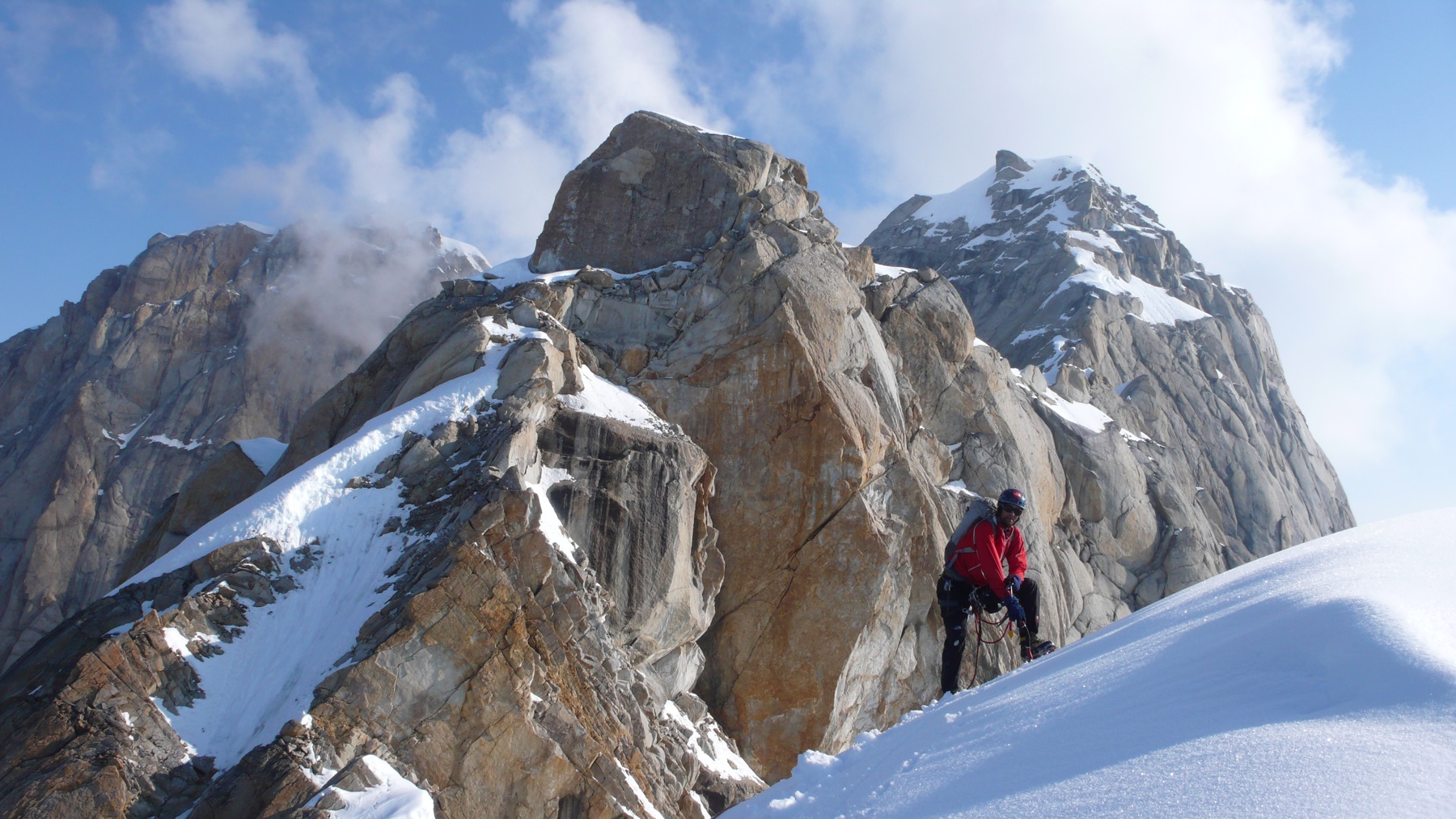 In alpine climbing you do your best to anticipate the potential crux of a trip. You physically and mentally prepare for bad weather, loose rock, huge days, anything you can imagine. This time getting on the airplane and deciding to go was the hardest part of our trip. The day before Renan Ozturk and I left for Alaska we attended Jonny Copp’s memorial service. The day before that we said farewell to our friend Micah Dash. We could have never prepared enough for this.

But in late June, after postponing our trip for two weeks after our friends had gone missing in China, we arrived in Talkeetna. It had been an unusually warm June, so our pilot denied our flight request, saying it was too risky to land in the Kichatnas and that we “should have been here last week.” So we went to the Ruth and within a couple of days after leaving home were beneath Mt. Barrill, racking up for a single push attempt of the famous Cobra Pillar (Donini-Tackle, 1991). It was happening too quickly. We wanted a week of snow, a mental rest to try to absorb the loss of our friends. Before we knew what was happening we were halfway up the route, feeling great. The weather was stable, the climbing engaging, and 12 hours after starting we topped out, possibly the fastest ascent to date. We descended the Japanese Couloir in the coldest hours of the day and reached our tiny tent at the base in a 20-hour roundtrip.

After several days of rest at our deluxe base camp in the Don Sheldon Amphitheater, we began to motivate for another route. Back home we had talked about the possibility of enchaining the major summits of the Tooth group. Starting with the Sugar Tooth, up and over the Eye Tooth, onto the Bear Tooth, dropping down and then tagging the two summits of the Moose’s Tooth. The link-up would be enormous, technically challenging, committing, and aesthetic.

On the morning of July 4 we started up Espresso Gap, which gains the unclimbed south ridge of the Sugar Tooth. After a few hours of simul-climbing and soloing we established a new route to the top of the Sugar Tooth, for its third known ascent (2,000', 5.10, two rappels). We did a 70m rappel into the notch between the Eye Tooth and the Sugar Tooth and climbed onto the Talkeetna Standard (Hollenbaugh-House, 2003). On the summit of the Eye Tooth we rested and collected running water. For the next eight hours we climbed along the insanely exposed snow ridge between the Eye Tooth and the Bear Tooth. The climbing proved to be much more time- consuming and taxing than we anticipated. Because of warm temperatures we became soaked and were getting increasingly committed to an unknown descent down exposed snowfields. We stopped at a spiky summit between the Eye and the Bear that we suspect was unclimbed and unnamed, so we’d like to call it the Missing Toof. [An ice and mixed route, Unforgiven (James- Ramirez, 2004), is on the west face of this spire but ends at seracs well below the summit—Ed.] The climbing ahead looked more difficult and exposed, and after a cold night wrapped in our tarp without sleeping bags, we painfully retraced our steps along the ridge. When we arrived back at the summit of the Eye Tooth we rappelled the 3,000' Dream in the Spirit of Mugs (Bonapace-Haas-Orgler, 1994) and returned to our skis. We climbed about 5,000' of rock, ice, and horizontal snow, but were less than halfway across the Tooth Traverse.

I feel so fortunate to have received the McNeill-Nott Award for this trip. The grant is set up for amateur climbers like me who would not otherwise be able to afford these kinds of adventures. Thank you so much to the AAC for their time and support.