In August, Jim Earl and I established a new route up the 1,000- meter north face of Nevado Ulta. The route begins on the left side of the northwest bowl (sometimes called the north bowl), starting farther left than the Berube-Frimer 2002 attempt, but otherwise approximately following that line. This “direct start” (headlamp-induced route- finding error) avoids an obvious couloir in favor of 200 meters of fifth-class rock, but joins the 2002 attempt where it begins to angle back to the right, as shown in the photo on p. 302 of the 2003 AAJ. Jim and I continued to the obvious north ridge and finished along the right edge of the northeast face (farther right than the original 1961 route). The new route included difficulties up to M7, and we climbed it in a 22-hour push to the summit. The descent was complicated by Jim’s suffering from HAPE. We think this is the first new route to the summit of Nevado Ulta since 1985. 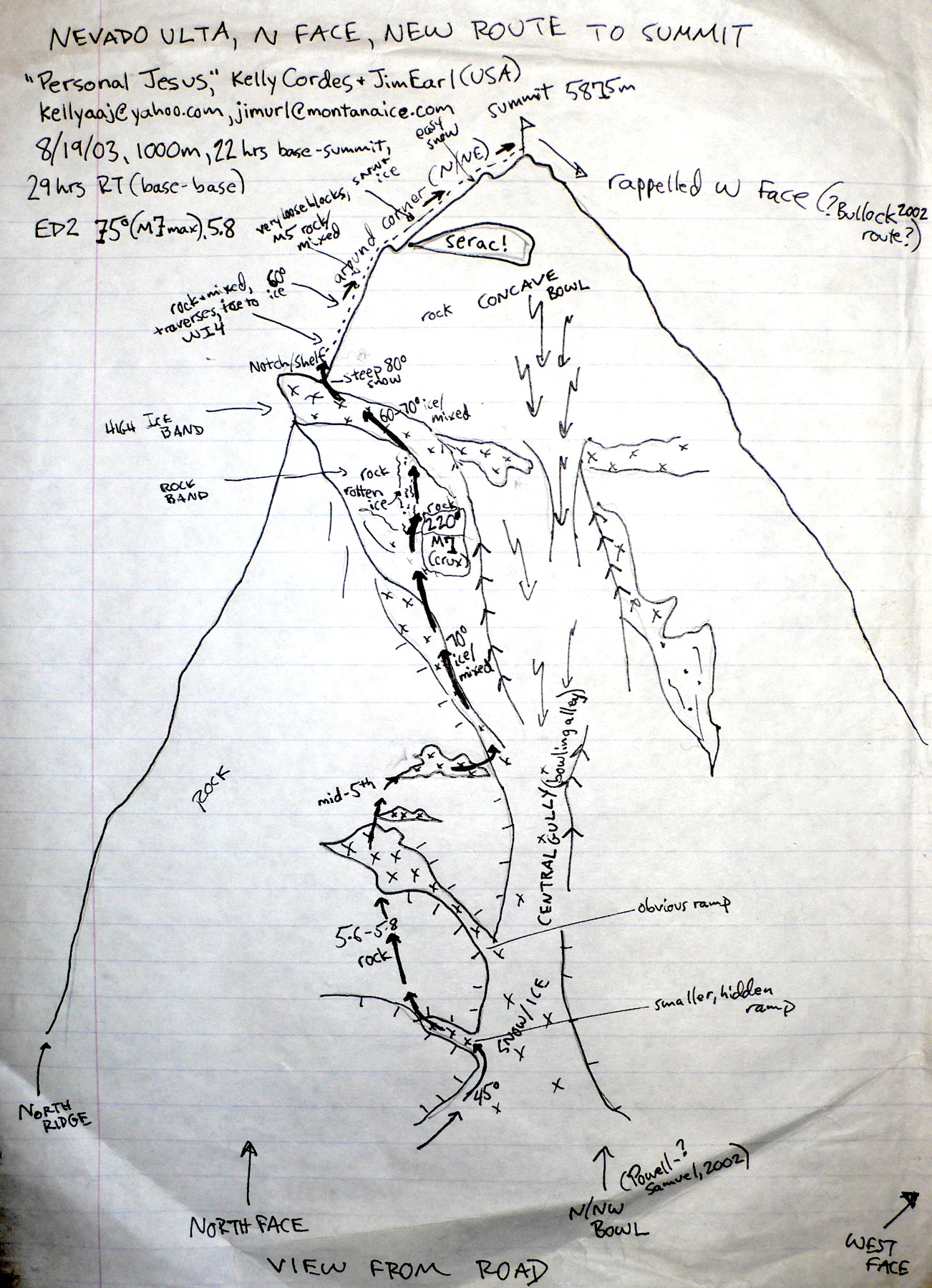