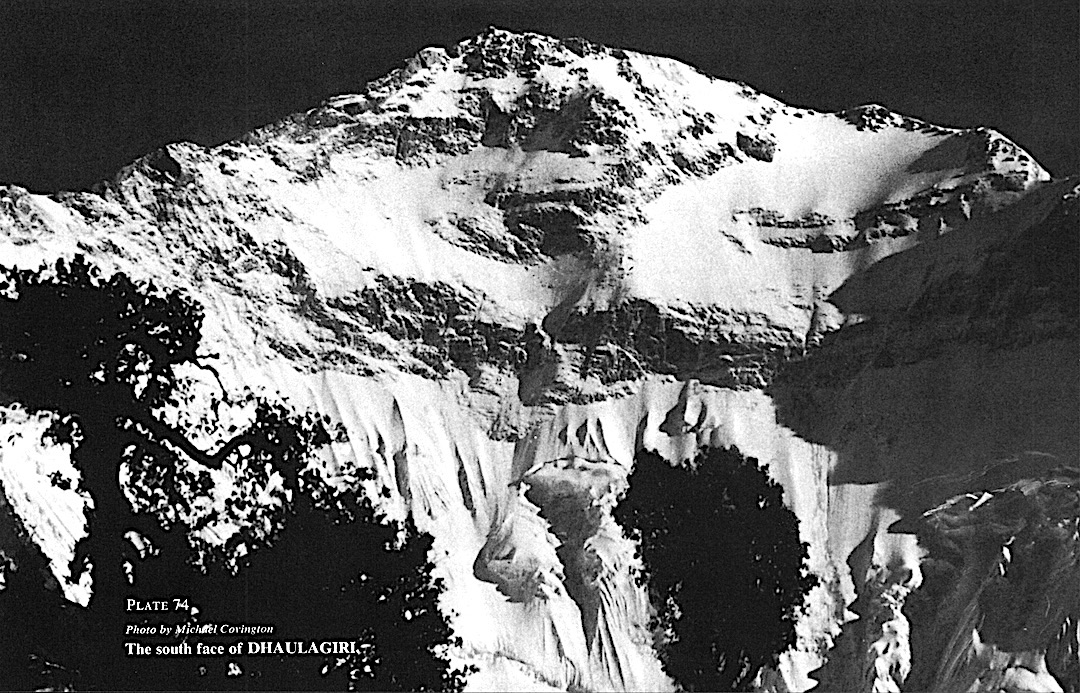 Dhaulagiri, South Face Attempt. A four-man international team, consisting of Italian Reinhold Messner, Austrian Peter Habeler, German Otto Wiedemann and me from the United States, attempted the unclimbed south face of Dhaulagiri (26,795 feet). This was the first expedition to the south face. We reached Base Camp at 13,125 feet via the previously unexplored Thula Khola on April 2. Several days later we made a reconnaissance and all agreed that our original objective just to the left of the center of the main face was too risky. We then decided to place another camp beneath the south pillar or extreme left edge of the face to look at that possibility. The south pillar was later abandoned because we could see extreme difficulties beneath hanging glaciers which were unreliably active. In fact, virtually every possibility on the enormous 13,500-foot face proved unjustifiably dangerous. Any feasible route was threatened by some kind of objective danger either in the route or the access to it. Base Camp was abandoned in late April. We were accompanied by a five-man film crew under the direction of Bruno Morewitz and including British climber-photographers Leo Dickinson and Eric Jones. Others were Dr. Franz Berghold and Messner’s youngest brother Hans. Five Sherpas were also with the expedition and a large cook crew.

The south face of DHAULAGIRI
Michael Covington
Previous Next

The south face of DHAULAGIRI
Michael Covington
Previous Next